Part 4: A Measure of Progress 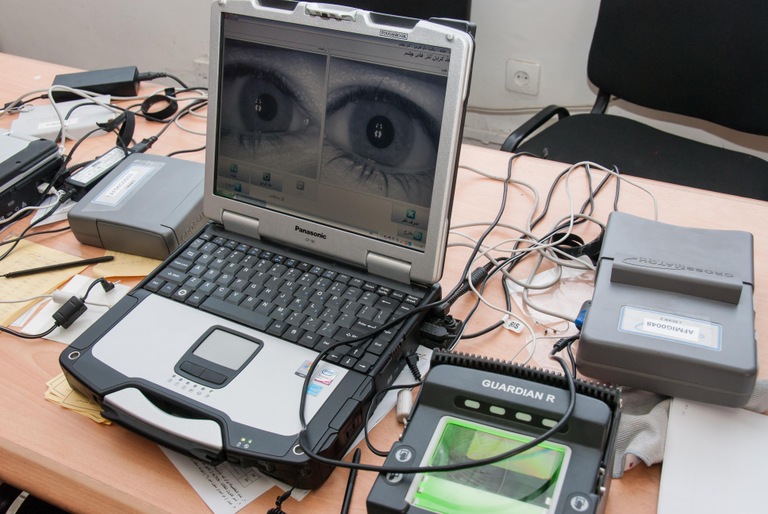 The fully portable biometrics equipment includes laptop computers and digital fingerprint and retina scanners.
As of last November, 300,000 Afghans had been enrolled in the program, from soldiers and police to criminals in prison.

The Afghan biometrics program was barely off the ground when it started having an impact.

Formally established in late 2009 to collect the fingerprints, iris scans, and facial images of Afghan national security forces, the program’s initial goal was to keep criminals and Taliban insurgents from infiltrating the army and police force. But information sharing—with partners like the FBI—is also a key component of the program.

“The FBI has collected thousands of latent prints from the battlefield in Afghanistan,” said Special Agent Janeen DiGuiseppi, our liaison officer in Kabul for the biometrics program. “When the Afghans started enrolling people, we began to cross-check our records with theirs.”

In fact, when they searched their database, the Afghans identified the 82nd unidentified latent print the FBI passed to them and found that it belonged to an individual they had arrested a few months before as an accessory to a crime. The individual’s prints had originally been collected in 2007 in connection with a different crime.

“We were able to give the Afghans information to help them prosecute the case,” DiGuiseppi said. “That’s exactly the kind of information exchange we are looking for—going both ways. It helps solve crimes, and it enhances security for Afghans and Americans in the war theater.” 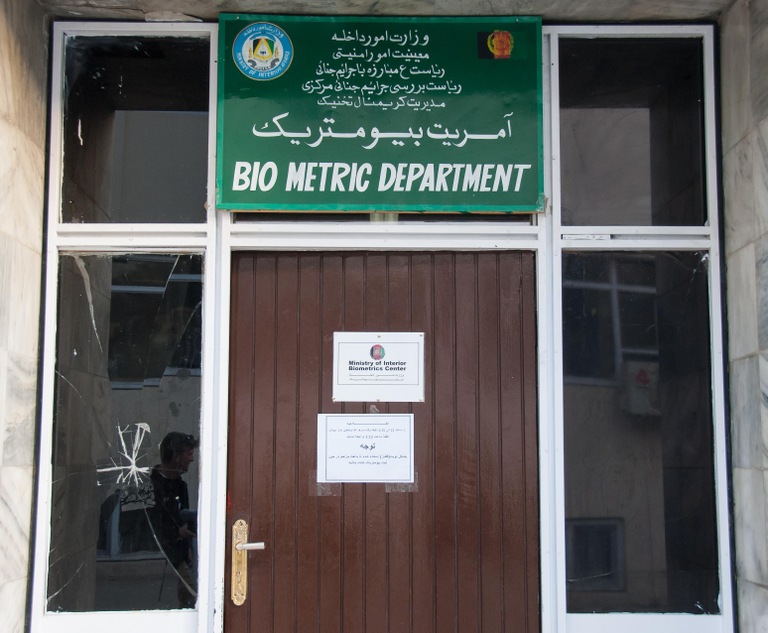 Entrance to biometrics facility at the Ministry of Interior in Kabul.

The biometric program answers two basic questions, said Air Force Lt. Col. Cristiano Marchiori, an advisor to the program: “Who are you, and are you a bad guy?” Already 300,000 Afghans have been enrolled, from soldiers and police to criminals in prison. The ability of the Afghans to collect, store, and match this data against other sources of information is an invaluable tool as the government strives to prevent fraud and corruption.

The centerpiece of the program is the Afghan Automated Biometric Identification System (AABIS), administered by about 50 Afghans at the Ministry of Interior in Kabul. The FBI supports the effort through training and mentoring, along with data sharing, said DiGuiseppi. “So far it’s been a great partnership. And as the program grows, it will become even more useful.”

At the biometrics offices, three shifts of examiners catalog and check fingerprints on large computer screens, while technicians prepare “jump kits”—laptop computers, scanners, and other equipment used in the field to collect fingerprints, facial images, and iris scans. The Afghan colonel who supervises the program emphasized that Afghans are doing all the collections and maintaining the database, but he readily acknowledged the FBI’s role in the program. “We are very thankful for the FBI’s help and their willingness to train and assist us,” he said. 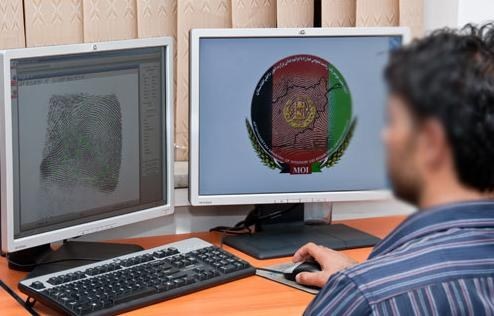 Afghan Ministry of Interior officials plan to use the biometrics program to enroll
eight million citizens as part of a national ID effort.

The partnership is mutually beneficial. “A strong Afghan biometric program reduces the enemy’s anonymity and his capability to operate anonymously in the battle space,” said Marchiori. “If we have one unique identifier—a set of prints, an iris scan—it’s hard for the enemy to hide among the population when he’s trying to register a vehicle or vote or move around the country freely.”

Afghan Ministry of Interior officials plan to use the biometrics program to enroll eight million citizens as part of a national ID effort. “This is for the betterment of the country,” one Afghan official said. “This is for security and for helping the Afghan people.”

The mastermind of the 9/11 attacks was killed in a "targeted operation" by U.S. forces.

Part 3 in our series looks at how we investigate U.S organizations suspected of corruption.