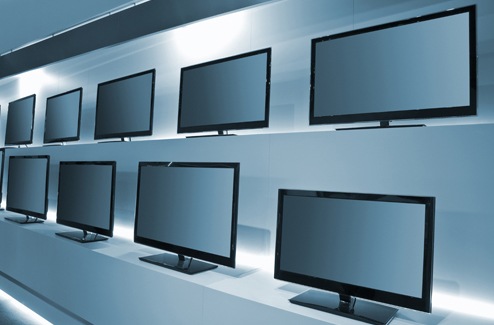 Recently, AU Optronics Corportation—the largest Taiwanese producer and seller of LCD panels—and two of its former top executives were sentenced for their roles in this conspiracy. The company was ordered to pay a $500 million criminal fine, and the executives each received three years in federal prison. AU Optronics is the eighth company convicted as a result of a joint FBI-Department of Justice (DOJ) Antitrust Division effort to uncover this worldwide price-fixing conspiracy.

Anatomy of a conspiracy. A few days after the terrorist attacks of 9/11, top-level executives from a number of Asian manufacturers of LCD panels met secretly in a Taiwan hotel room and agreed to a plan to fix the prices of LCDs in the U.S. and elsewhere.

“…The conspiracy’s breadth and its pernicious effect can hardly be overstated. The conspirators sold $71.9 billion in price-fixed panels worldwide. Even conservatively estimated, the conspirators sold $23.5 billion—AUO [AU Optronics Corp.] alone sold $2.34 billion—in price-fixed panels destined for the United States. The conspiracy particularly targeted the United States and its high-tech companies…But the harm extended beyond these pillars of American’s high-tech economy. The conspiracy affected every family, school, business, charity, and government agency that paid more to purchases notebook computers, computer monitors, and LCD televisions…”

(Excerpted from the 9/20/12 U.S. Sentencing Memorandum filed in the Northern District of California, San Francisco Division, for the AU Optronics case.)

During subsequent monthly meetings, group members exchanged production, shipping, supply, demand, and pricing information on LCD panels used in computer notebooks, monitors, and flat-screen TVs. Participants agreed on prices and would then sell their products at these prices to some of the world’s largest technology companies who used LCD panels in their products.

During the same time period, senior-level employees of AU Optronics Corp. regularly exchanged information with its Houston-based subsidiary—AU Optronics Corp. America—on sales of LCD panels for the purpose of monitoring and enforcing adherence to the prices agreed upon by other LCD manufacturers in the U.S.

The end result of all this price-fixing? Artificially inflated prices for consumers, and more money into the coffers of the conspiracy’s participants.

Change in tactics. These meetings went on until mid-2005, when participants learned that one or two of their major LCD customers may have become aware of the conspiracy, so the top leaders who had been attending these meetings began sending lower-level employees. The meetings were also moved out of hotel rooms and into public restaurants and cafes.

And a year later, the co-conspirators became even more concerned when they heard about an ongoing price-fixing investigation in the U.S. into the dynamic random access memory (DRAM) industry. To avoid detection, group members decided to meet one-on-one with each other in restaurants and cafes.

The FBI became involved in the case in mid-2006 at the request of DOJ’s Antitrust Division, and Bureau investigators joined forces with Antitrust Division prosecutors. In antitrust cases, as in many of our white-collar crime cases, the FBI uses its full arsenal of investigative weapons—executing search warrants, interviewing witnesses and others, analyzing records, conducting lawful surveillance, using cooperating witnesses, etc.

Additional sanctions. In addition to the extraordinary criminal fine levied on AU Optronics and the sentencing of two former executives, the company was also ordered to implement an internal compliance program, hire an independent corporate compliance monitor, and take out ads in U.S. and Taiwanese newspapers publicizing the criminal sanctions taken against it.

These actions send a powerful message to would-be perpetrators of price-fixing and other antitrust schemes—the U.S. criminal justice system will uncover your illegal activities and hold you accountable.