A Web of Intimidation 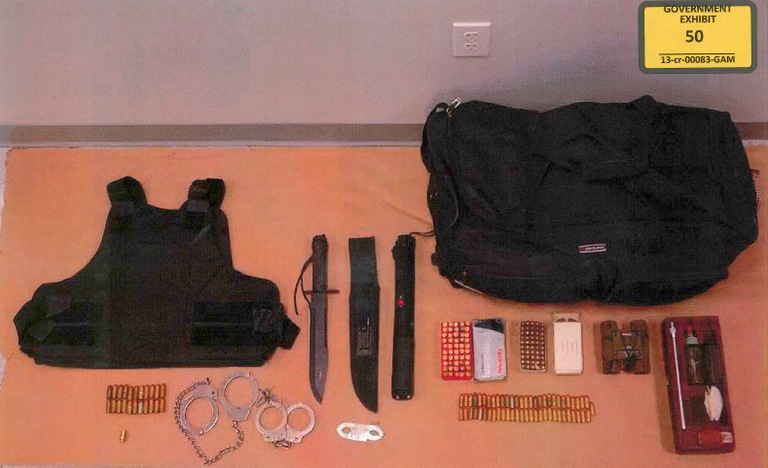 A bulletproof vest, binoculars, restraints, weapons, and ammunition were found in vehicles near the Delaware courthouse where Thomas Matusiewicz shot and killed Christine Belford and her friend Laura Mulford.

After surviving a rocky divorce and custody dispute in 2007, all Christine Belford wanted was to settle back into a peaceful life with her three young daughters in her Delaware home.

Instead, her ex-husband, David T. Matusiewicz, and several members of his family stalked, harassed, and intimidated Belford for years leading up to her murder at a federal courthouse in Wilmington on February 11, 2013. The ensuing investigation, conducted by the FBI and the Delaware State Police, resulted in the first-ever convictions on charges of cyberstalking resulting in death, a violation contained in the federal Violence Against Women Act.

During their investigation, agents and detectives learned that David Matusiewicz hatched the plot to stalk and harass his ex-wife while in prison for kidnapping Belford’s children in 2007, when the couple was going through divorce proceedings. The Delaware optometrist enlisted the help of his mother, father, and sister, who waged an elaborate, years-long, online campaign against Christine Belford, alleging she endangered the lives of the daughters she had with Matusiewicz.

“Through our investigation, we discovered that the Matusiewicz family had a network of supporters helping them uncover information about Christine’s life,” said Special Agent Joseph Gordon, who investigated the case out of the Baltimore Field Office’s Wilmington Resident Agency. “They were convinced by the family’s claims that she was a child abuser, but they didn’t know the family’s real intent.”

The Matusiewicz family posted false allegations on websites and YouTube and enlisted friends in their campaign. They even hired a private investigator to spy on Belford at her home. In exchanges with her family, friends, and lawyer, Belford said she feared for her life. 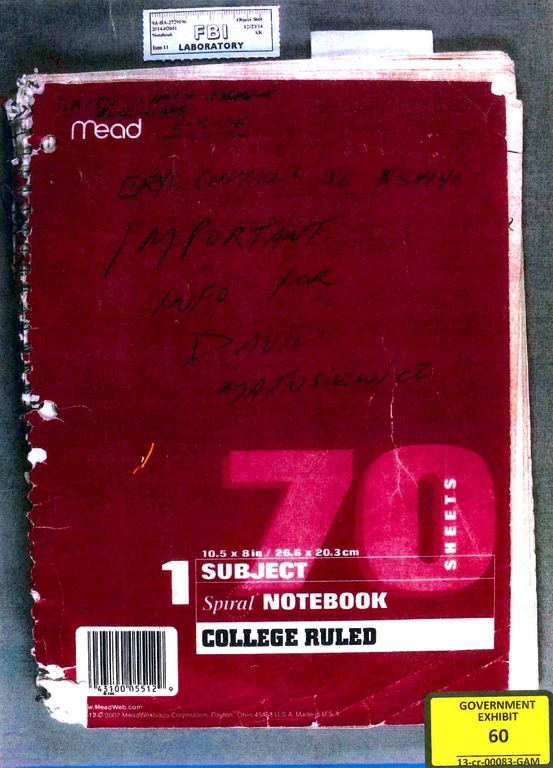 A spiral-bound notebook found near the scene of the shooting contained details of the surveillance the Matusiewicz family conducted on Belford and her three children.

In August 2011, the Family Court of the State of Delaware terminated Matusiewicz’s parental rights and called his allegations of abuse “baseless.” In 2012, Matusiewicz petitioned the court to reduce his monthly child support payments. And in 2013, he received permission to travel from Texas to Delaware for a hearing on the matter.

In February 2013, David Matusiewicz, along with his mother, Lenore Matusiewicz, and father, Thomas Matusiewicz, drove to Delaware in vehicles later found to contain weapons, ammunition, a bulletproof vest, restraints, an electric shock device, gas cans, and a shovel.

On February 11, 2013, David Matusiewicz and his father entered the courthouse lobby shortly after 8 a.m. After his son passed through security, Thomas Matusiewicz shot and killed Belford and a friend, Laura Mulford, in the lobby. David’s father then ended his own life after a shootout with police.

The three surviving family members—David, Lenore, and sister Amy Gonzalez—were convicted last July on charges of conspiracy and interstate stalking resulting in death. In February, they were each sentenced to life in prison for their crimes.

“Even from their homes in Texas, the Matusiewiczes had the ability to frighten Christine through electronic and physical means,” said Special Agent Gordon. “They were all responsible for her murder.”

Kevin Perkins, special agent in charge of the Baltimore Field Office, called the conspiracy and stalking prosecution groundbreaking. “People who actively take part in planning crimes, even though they don’t pull the trigger, will be held accountable,” he said.