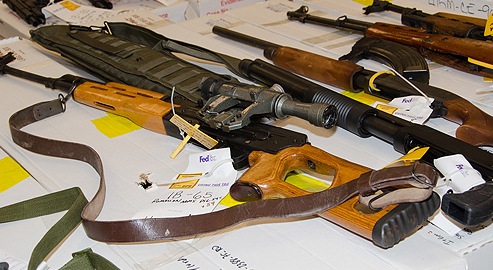 Multiple long guns were seized in the case of Daniel Patrick Boyd, who conspired to kill Americans at home and abroad. He was sentenced in August to 18 years in prison.

After a four-year investigation by the Raleigh-Durham Joint Terrorism Task Force (JTTF), Boyd and two of his sons, along with five other conspirators—known as the Triangle Terror Group—were arrested and charged with providing material support to terrorists and conspiring to murder persons overseas, including U.S. military personnel. Boyd pled guilty and was sentenced in August 2012 to 18 years in prison.

Chris Briese, then-special agent in charge of our Charlotte office, noted at the time, “People who are plotting to harm Americans are no longer a world away from us.” The men and women of the JTTF who investigated the Boyd case learned that fact firsthand as they worked to unravel the network of homegrown violent extremists.

The case began in 2005 with a tip from someone in the Muslim community that one of its members was becoming radicalized. Boyd was a hero to young Muslim-Americans because at the age of 19 he had traveled to Pakistan and Afghanistan to receive military training and to fight with the mujahedeen.

In 2006, one of Boyd’s North Carolina jihad recruits traveled to Jordan and e-mailed his mentor to ask how to get to the front lines to fight. “That’s when we began to understand how serious this threat was,” said Special Agent Paul Minella, a JTTF member who worked the case.

Over the next three years, the JTTF monitored the group—with the help of partner agencies and the support of the U.S. Attorney’s Office—using a variety of investigative tools, including court-ordered wiretaps and sources who infiltrated the group.

During one monitored conversation inside the food market Boyd owned, said Maria Jocys, who supervises the Raleigh-Durham JTTF, “in an effort to ingratiate himself with Boyd, one of the foreign-born co-conspirators bragged about his experience as a skilled sniper and graphically described how he shot a man overseas.” 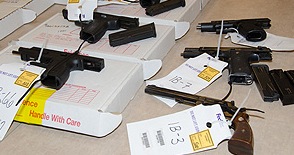 The Triangle Terror Group takedown was planned months in advance. The FBI’s elite Hostage Rescue Team (HRT) helped create a ruse so that Daniel Patrick Boyd, his two sons, and other followers could be arrested without bloodshed.

After extensive surveillance, investigators knew that when Boyd and his followers went shooting, most of their weapons would be placed unloaded in the back of a pickup truck, said Dewayne Burroughs, a Durham Police Department officer who has been a member of the Raleigh-Durham JTTF since 2006. Only Boyd and his son Dylan were known to regularly carry a loaded sidearm.

On July 27, 2009, the takedown was executed. Dozens of law enforcement officers were hiding at the fake construction site when Boyd and his group arrived. Separate SWAT teams were assigned to arrest each subject—a tactic designed to further reduce the risk of violence.

The plan worked flawlessly. The only injury that occurred was to Dylan Boyd’s arm. He was bitten by an HRT canine to prevent him from getting to his loaded sidearm.

“The talk at the market was often about fighting jihad and how, in their belief, fighting jihad was an obligation,” added Special Agent Bill Logallo, another JTTF member.

Investigators tracked Boyd’s network across the United States and six foreign countries. “It became very clear,” Jocys said, “that Boyd’s followers wanted to fight on the front lines overseas. And if they didn’t have the opportunity to do that, then they would wage jihad here at home.”

As the investigation continued, “we saw them buying a lot of weapons and ammunition,” Logallo said. Boyd dug a hole in his yard to bury a cache of weapons and positioned long guns in every room of his house. He took his sons and recruits out to train with weapons and taught them military tactics.

Even after Boyd suspected that the FBI was onto his group, “they kept going,” Minella said. “That’s how committed they were to jihad and how right they thought they were about their obligation to kill non-Muslims.” 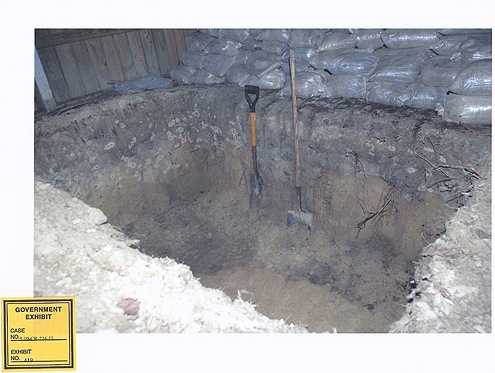 Boyd dug a hole in his yard to bury a cache of weapons.

After a carefully orchestrated takedown planned months in advance (see sidebar), Boyd and the rest of his Triangle Terror Group were arrested in July 2009. They had committed no acts of violence, but the JTTF was certain it was only a matter of time before they did.

“Boyd and his followers wanted to kill people,” Jocys said. “We had to stop them.”