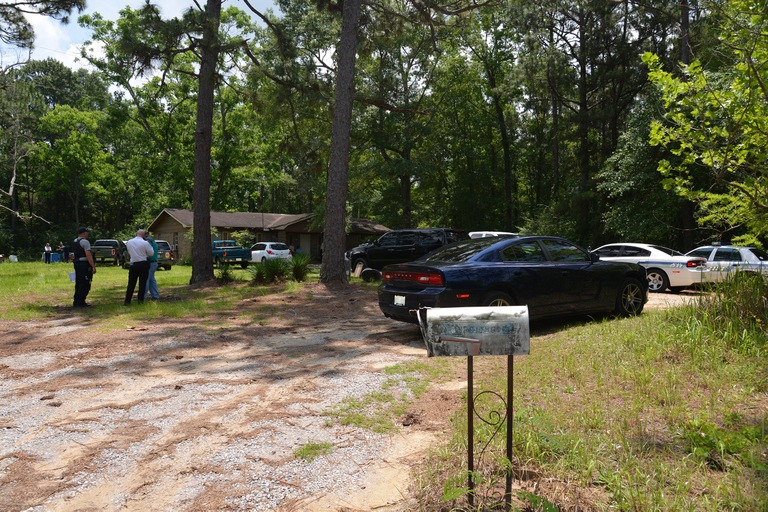 Investigators at the Mississippi property of Joshua Vallum’s father in 2015. Vallum killed Mercedes Williamson, a 17-year-old transgender girl, and was prosecuted under a federal hate crimes law.

A federal prosecution under a 2009 hate crime law resulted in a lengthy prison sentence last month for a Mississippi gang member who killed a 17-year-old transgender woman—and set an important precedent that could benefit other transgender victims.

A judge sentenced Joshua Vallum to 49 years in federal prison under the Matthew Shepard and James Byrd, Jr. Hate Crimes Prevention Act of 2009. The prison term is in addition to the life sentence he received in Mississippi for killing 17-year-old Mercedes Williamson in 2015. Vallum admitted that he killed Williamson because she was transgender.

The Shepard-Byrd Act gives the FBI authority to investigate violent hate crimes, including violence directed at the gay, lesbian, bisexual, and transgender community, and enables the prosecution of such crimes at the federal level. The act has been successfully applied to other hate crimes, but this is the first time it has been used for a transgender victim.

The FBI’s Safe Streets Task Force in Pascagoula, Mississippi (part of the FBI’s Jackson Division), investigated the murder because it was initially believed to be gang related: Vallum was a local “enforcer” and a national secretary of the Almighty Latin Kings and Queens Nation gang.

“It was a horrible murder,” said FBI Special Agent Jerome Lorrain, who coordinates task force members from local, state, and federal law enforcement agencies. Investigators quickly determined that then-27-year-old Vallum likely killed Williamson because she was transgender. The two met through social media in 2014 and had a sexual relationship for several months. According to the gang, that made Vallum a homosexual, a violation of gang rules that meant he could be killed on sight.

Vallum stopped seeing Williamson, but another gang member confronted him, Lorrain said. At that point, Vallum had two options: he could flee or save face with the gang by killing Williamson.

“Vallum told the other guy he would ‘handle the business,’ ” Lorrain said.

“The entire story about why Vallum killed Williamson wasn’t public until we charged him at the federal level. And now there is a precedent for future cases.” 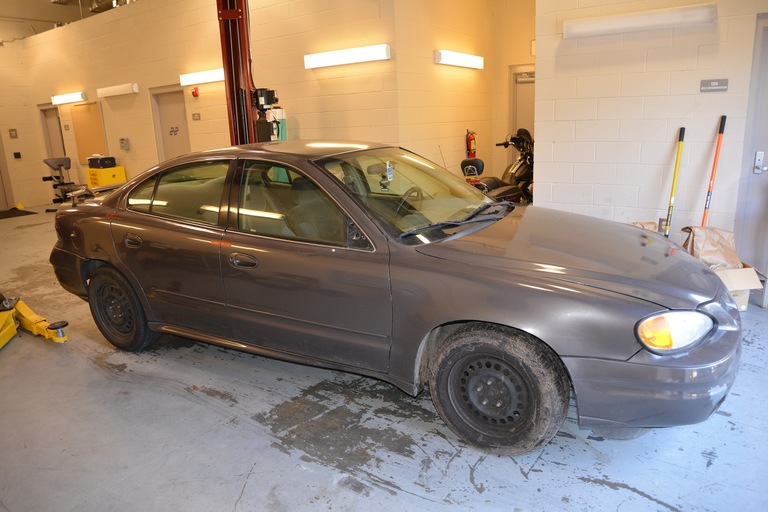 Joshua Vallum picked up Mercedes Williamson in this car at her home in Alabama, then drove the transgender woman to Mississippi. He attacked her in the car after parking at his father’s property, then chased her into the woods and killed her. Investigators found traces of blood in the car.

On May 30, 2015, Vallum drove to Alabama to find Williamson and convinced her to get in his car. They drove to his father’s house in Lucedale, Mississippi, and he brutally attacked her, stabbing her with a knife and beating her with a hammer. His family called local police after Vallum entered the house covered in blood. Responding officers found Williamson’s body in the woods and later contacted the FBI.

Vallum told gang members about the killing the next day. He lied and said he didn’t know Williamson was a male until they became intimate, and then he snapped and killed her in a fit of rage.

Vallum later told Task Force Officer Jonathan Carroll the same story in an interview, shortly after he surrendered to law enforcement. Carroll is an officer with the Ocean Springs Police Department in Mississippi and is assigned full time to the FBI Safe Streets Task Force.

In the midst of the investigation, Lorrain’s supervisor attended a conference on identifying hate crimes and victims’ rights. Two civil rights attorneys from the Department of Justice presented an overview of the Shepard-Byrd Act. Supervisory Senior Resident Agent Rachel Byrd (no relation to James Byrd, Jr.) recognized the possibility for federal prosecution and approached the attorneys.

“The DOJ attorneys were very enthusiastic about prosecuting this horrific murder under the Shepard-Byrd Act,” Byrd said.

Vallum found himself facing state murder charges and the federal hate crime charge. In light of overwhelming evidence, he pleaded guilty in state court in 2016, and was sentenced to life in prison. He later pleaded guilty to the hate crime.

Even though he received a life sentence in Mississippi, the federal plea and sentencing are important, Lorrain said. “The entire story about why Vallum killed Williamson wasn’t public until we charged him at the federal level. And now there is a precedent for future cases. There have been reports of a number of crimes against transgender people.”

Because some states—including Mississippi—do not have hate crime statutes that protect people from bias based on gender identity, the successful federal prosecution of Vallum could help other transgender victims gets justice. The federal sentence also ensures that Vallum will serve at least 49 years in federal prison, regardless of any early release he may be granted on his state sentence.

The FBI has released newly acquired photographs of Donald Eugene Webb and is asking for the public’s assistance to locate the longtime fugitive wanted for killing a Pennsylvania police chief in 1980.