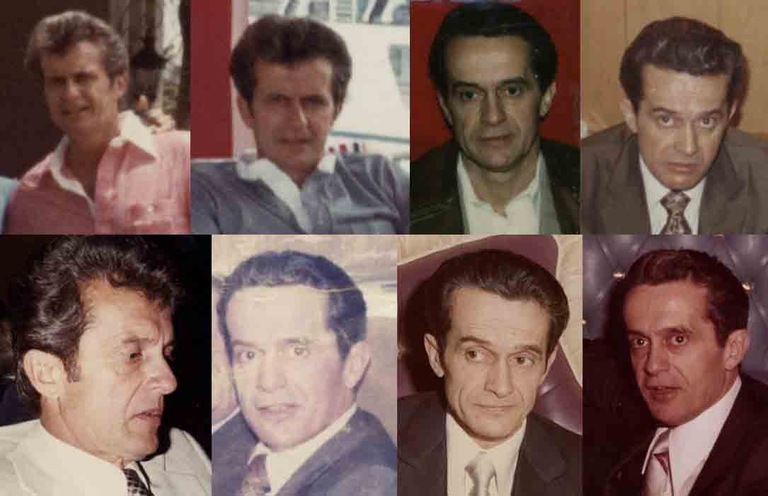 Shown are some of the newly released images of Donald Eugene Webb, taken in the late 1970s. View additional photos and information.

Update: The remains of long-time fugitive Donald Eugene Webb have been recovered. The Office of the Chief Medical Examiner in Massachusetts positively identified the remains that were recovered by the Massachusetts State Police Crime Scene Services Section, with the assistance of the FBI and Pennsylvania State Police, on July 13, 2017. Details

The FBI has released newly acquired photographs of longtime fugitive Donald Eugene Webb—wanted for the 1980 murder of a Pennsylvania police chief—in the hopes of enlisting the public’s assistance in capturing the career criminal who has been on the run for nearly four decades.

Webb, wanted for killing Police Chief Gregory Adams of Saxonburg, Pennsylvania, during a routine traffic stop, would now be 85 years old. A $100,000 reward is being offered for information leading to the fugitive’s whereabouts—or the location of his remains.

“These photographs present Donald Webb in a completely new way,” said Special Agent Thomas MacDonald, who is investigating the case from the FBI’s Boston Division. “The face of this investigation for decades was grainy black and white photos,” he said. The new color photographs, taken a year prior to the murder, show Webb from multiple angles in much greater detail. “If he has been living under an alias all these years,” MacDonald said, “these photographs might generate the tip that helps us resolve the case.”

One of the longest tenured fugitives to appear on the FBI’s Ten Most Wanted Fugitives list, Webb was a career criminal who specialized in jewel theft and operated in the Providence, Rhode Island, and Southeastern Massachusetts areas. It is believed he was in Pennsylvania planning a robbery at the time of the murder.

The white Mercury Cougar getaway vehicle Webb was driving at the time of the murder was located several weeks later in Rhode Island, and blood evidence linked to Webb was recovered from the vehicle, leading investigators to believe that he was wounded during the confrontation.

“There have been few leads on the Webb case for a long time,” MacDonald said. But the FBI’s Boston Division started an active cold case investigation in 2015. As part of that investigation, the new photos were obtained. “We’ve been doing a lot of interviews and knocking on a lot of doors,” MacDonald explained.

“If he has been living under an alias all these years, these photographs might generate the tip that helps us resolve the case.”

At the time of the murder, Webb lived in New Bedford, Massachusetts, with his wife and stepson. He was known to associate with members of the Patriarca crime family in Rhode Island and with criminals in southern Florida. He was also known to frequent motels in eastern Pennsylvania under the name Stanley Portas. Portas was the deceased husband of Webb’s wife.

MacDonald emphasized that the $100,000 reward could be paid to someone who helps locate Webb’s remains if he is deceased. “We want to know one way or the other,” he said. “There may be someone out there who had knowledge of his death and is now willing to come forward.” It is also possible that Webb is still alive, living under an alias, and that individuals will recognize him from the newly published photographs.

“It might be that someone out there doesn’t know that the person they got to know in the 1990s and early 2000s was Donald Webb, and that could help us resolve this case,” MacDonald said.

During the investigation, MacDonald has talked to numerous retired agents and police detectives who have worked on the Webb case over the years, and he traveled to Saxonburg and met with police officers there.

“The case still haunts these people,” he said, noting that Adams was 31 years old at the time of his death and left behind a wife and two young children. “Resolving this case would be a great victory for law enforcement and for the family.”

A former pro football player and a former bank executive were sentenced for defrauding dozens of investors who thought they were providing short-term loans to professional athletes.

A federal judge sentenced a gang member to prison for killing a transgender girl, the first time a federal hate crime law has been used for the death of a transgender victim.