It was just before noon when explosives detonated inside four cars on a grassy field near the FBI Training Academy in Quantico, Virginia. Shortly after the blasts, a group of high school students loaded up equipment and made their way downrange to investigate.

It was a textbook post-blast crime scene for the Bureau’s Evidence Response Teams, only this scenario was part of a weeklong course for teenagers interested in career opportunities with the FBI.

Since 2008, the FBI’s Washington Field Office (WFO) has hosted the annual Future Agents in Training (FAIT) program, which provides a hands-on approach to educating area high school juniors and seniors on the Bureau’s operations. With a focus on becoming a special agent, the program presents a cross section of the FBI, including its criminal, counterterrorism, intelligence, and administrative divisions.

“The high school students who attend the FAIT program are among the best and the brightest from our region,” said WFO Assistant Director in Charge Paul Abbate. “While youth today are exposed to stories about law enforcement in the news and on dramatic television shows, the program provides a realistic, behind-the-scenes look into life in the FBI.”

This year, a stop at the Explosives Unit range was included in the week’s curriculum. Students learned how the unit investigates bombings and responds to suspicious packages. Various stations were set up to display equipment and technology, while live demonstrations were provided to simulate ordnance explosions at varying degrees of intensity.

“Having the ability to come and see what it’s like to be a member of the FBI and seeing the diverse roles really impacted me when it comes to choosing my career.”

A high school student learns how to operate a bomb disposal robot near the FBI Training Academy on Marine Corps Base Quantico in Virginia. The demonstration was part of a weeklong Future Agents in Training program sponsored by the Bureau's Washington Field Office.

The highlight of the day included the post-blast investigation, where the students learned how to collect evidence following an explosion and determine the type of device used in the detonation.

“It was like being in a TV show where a crime is solved in one hour,” said Raven, a FAIT program participant. “That’s literally what we got to do. It was fun acting as an investigator or crime scene analyst for a day.” 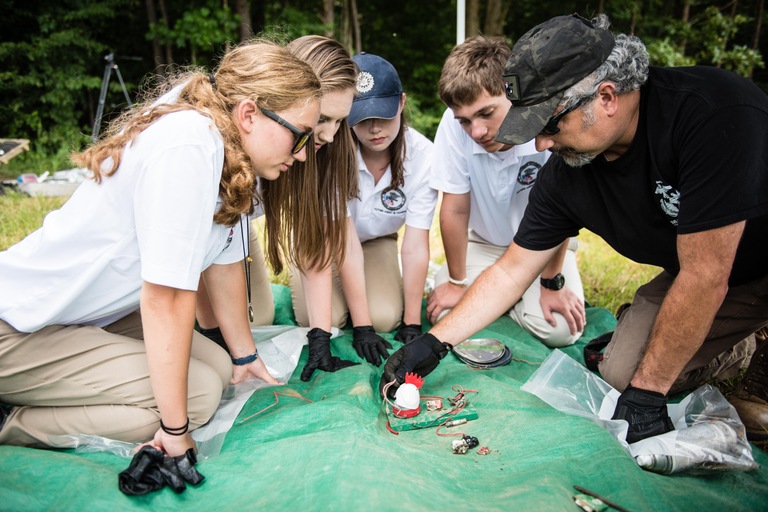 As part of a post-blast investigation, FAIT participants study evidence collected after a simulated explosive device detonated inside a vehicle.

For Benjamin, another participant, simply experiencing the day-to-day operations of the FBI has influenced his career decisions. Having completed the course, he said he’s considering applying to become either a special agent or intelligence analyst after obtaining a law degree.

“Having the ability to come and see what it’s like to be a member of the FBI and seeing the diverse roles really impacted me when it comes to choosing my career,” Benjamin said. 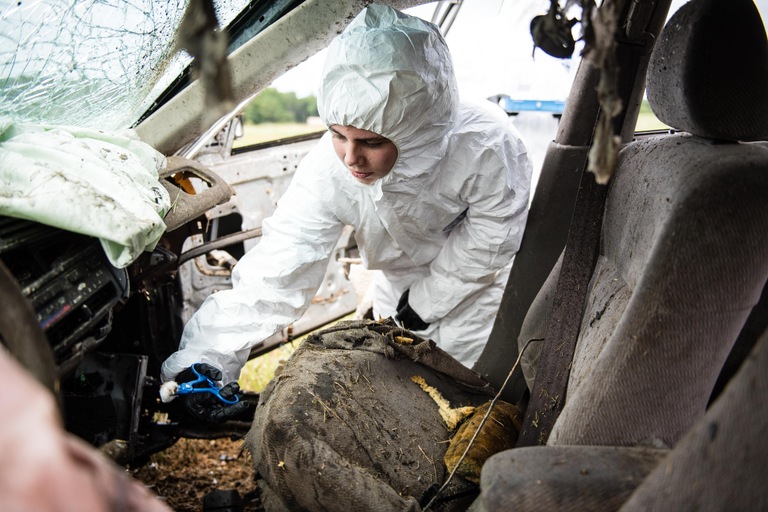 A FAIT participant collects an evidence sample after a simulated explosive device detonated inside a vehicle.

The post-blast investigation exercise served as a culminating experience for the students. While next year’s curriculum may integrate different training areas and practical exercises, the result remains the same: prepare students for a future career in the FBI.

“After attending this program, students walk away with a real-life understanding of the commitment and character needed to be an FBI employee. I have no doubt that we will see many of these promising young adults return to the FBI as agents, analysts, and professional staff,” said Abbate.

Chris Guy Mannino, a former chiropractor and gun and explosives dealer who lived in Alaska, had scores to settle—and murder was how he planned to settle them.