Byte Out of History 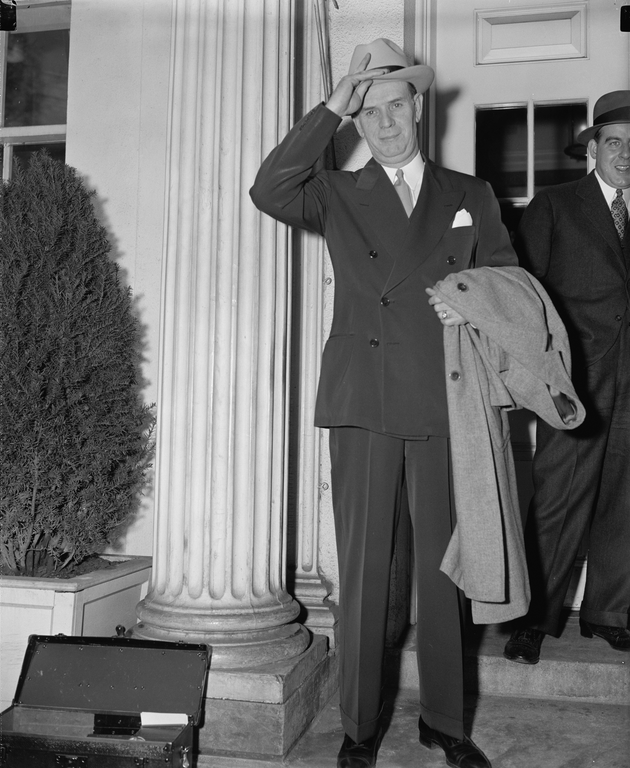 U.S. Attorney Maurice Milligan, Western District of Missouri, played a critical role in helping to uncover the crimes of Kansas City political fixer Tom Pendergast and his organization in the 1930s.

Impartial and fair elections are the cornerstone of any democracy, and the FBI has a long history of investigating illegal activities that harm the elective process.

One of our earliest investigations involved Kansas City political fixer Tom Pendergast, who was threatened by the basic workings of democratic elections—in particular, by any election that didn’t go his way. In the 1920s and 1930s, Pendergast, a former alderman, ran the political machine that controlled the electoral choices in Kansas City, Missouri, and he got rich in the process. Because of Pendergast’s corrupt activities—including voter fraud and bribery—Kansas City became known as an open city where gangsters moved freely and prostitution, gambling, and drug enterprises flourished.

And, of course, election fraud flourished as well, along with its accompanying scare tactics. The 1934 primary election in Kansas City had been so violent that it became known as the “Bloody Election,” with thugs connected to the Pendergast machine committing acts of violence and intimidation against opponents and voters across the city. The fraudulent reporting of election results was even more damaging to the democratic process—precincts returned astronomical participation rates. Vote totals for machine candidates (Pendergast’s picks) even exceeded the total population in several wards and precincts.

Tired of Pendergast’s tight-fisted control of their city, a coalition of his opponents banded together for 1936 municipal elections and attempted to throw Pendergast’s supporters out of office. But that was not to be, at least not right away.

For the spring primary, fraud appeared to be the order of the day. U.S. Attorney Maurice Milligan of the Western District of Missouri later wrote that in one city ward, the vote ratio was 1,045 to 1, and in another, the ratio was 1,469 to 1—both in favor of the machine candidates. The sheer size of the margins suggested a serious problem.

In anticipation of the 1936 general election in the fall, Milligan called for a grand jury to convene and began to gather information. A federal judge from the district agreed, saying that there was “a crying need for the purification of the ballot in America” and authorizing Milligan to seize electoral records after the counts were submitted to investigate possible fraud. It would be the U.S. Marshals’ job to gather and secure the evidence and the FBI’s job to help analyze this voluminous material and collect additional evidence in the case.

On election morning, the Pendergast political machine was out in full force. Voting proceeded throughout the day and election officials tallied, recorded, reported, and sealed the records as they were supposed to. But at that point, the U.S. Marshals stepped in and claimed the records under grand jury warrant. By 8 p.m. that night, truckloads of ballots and other records—12 tons worth—were carted to the federal building in Kansas City and FBI agents began to examine them. FBI Agent Charles Appel, left, the founder of the Bureau’s Technical Laboratory, was point man, as his expertise was forensic document examination. The first bag opened revealed that at least 95 ballots had been tampered with. Further analysis showed such fraud and other tinkering were systemic.

The first federal indictments for voter fraud were leveled in January 1937, and by the middle of 1938, 242 people had either pled guilty or been convicted at trial. Of those who chose to go to trial, they were convicted by juries of their peers—who perhaps were sending a message that corruption would no longer be tolerated in Kansas City.

Of course, Pendergast himself appeared unscathed at first, but his political machine was severely damaged. And these first cracks in his organization led to other challenges to his rule. Eventually, agents of the Internal Revenue Service were able to gather evidence against Pendergast on tax evasion charges related to a large kickback he had received, and the boss’ rule was ended by a guilty plea and a stint in the Leavenworth federal penitentiary.

The FBI returned a rare Stradivarius violin to the heirs of deceased violinist Roman Totenberg at a ceremony at the U.S. Attorney’s Office in Manhattan.