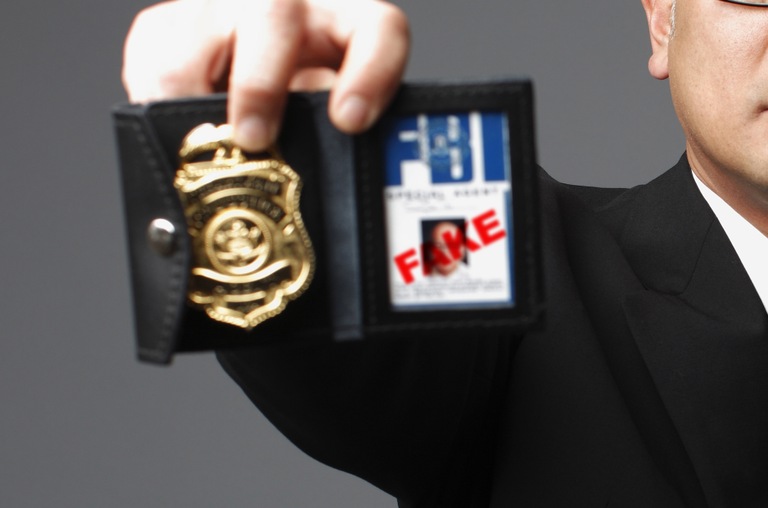 Anthony Jones was a con man. The 46-year-old Jacksonville, Florida resident impersonated an FBI agent and an investment adviser—and made a habit of preying on women. But like so many scam artists, his lies and deceptions finally caught up with him.

The tawdry tale of Jones and the women he victimized began for Special Agent Steve Burros one January night in 2013, when a Jacksonville Sheriff’s Office detective contacted him and said that Jones had impersonated an FBI agent in an attempt to solicit free sex from a prostitute.

Jones had requested a date from an online escort service and promised to pay $200. The prostitute arrived at his apartment, where Jones lived with his wife and three children. “This was all happening in the middle of the day,” Burros said. “The wife was at work and the kids were in school.”

Shortly after the prostitute arrived, she asked for the money. That’s when Jones said he was an FBI agent and that if she didn’t have sex with him for free, she would be arrested. When the woman balked, Jones called an accomplice on the phone, who was working from a script.

“He puts the phone on speaker and says, ‘Hey, I got another one for you. I’m just now finishing up the other two warrants,’ ” Burros said. “And so now, the prostitute believed him.” Jones also pointed to a smoke detector in the bedroom and said the woman was being monitored by a hidden camera.

Afterward, though, when the prostitute told her roommate what had happened, the two realized she had been scammed, and they went to Jones’ residence to collect the money. The heated argument that ensued led to a police intervention, and Jones ended up being charged with receiving a sex act through force or coercion—and Burros was called in to investigate the FBI impersonation allegation.

Meanwhile, the accomplice on the phone during the prostitution incident was a young woman who knew she was part of a scam but didn’t know Jones was trying to get free sex. She had a child with Jones but had no idea he was married and living with his wife and three other children. She, too, was a victim of Jones’ many cons.

It turned out that the young woman—the mother of Jones’ child—had lost both her parents in a car accident and received a settlement of about $35,000 from the insurance company. Jones lied and told her he was an investment adviser and that he owned fast food restaurants and would invest the money for her.

“She thought he was investing her money,” Burros said, “but instead he was depositing it in his wife’s account and spending it on himself.” The young woman had no idea what Jones had done until Burros discovered the fraud.

Jones was arrested on January 9, 2013 on the prostitute coercion charge and released on bond subject to electronic monitoring. The following April—aware that Burros was on to his additional financial fraud—Jones cut off his ankle monitoring bracelet and fled. He was on the run for more than two years, until he was captured in August 2015 by the U.S. Marshals Service in Jacksonville.

As for the FBI impersonation, “Jones was not a first timer,” Burros noted. He had previously been arrested for passing himself off as an agent to get work done on his house.

In 2016, Jones pleaded guilty to impersonating an FBI agent, wire fraud, and failure to appear. In February 2017, a federal judge sentenced him to five years and six months in prison. Upon release, he has been ordered to pay restitution of nearly $22,000 to the young woman whose insurance settlement he fraudulently gained access to. If he doesn’t pay, he could be sent back to jail.

“Anthony Jones was truly a con artist,” Burros said. “The money he scammed from this poor young woman was a significant sum for her, and now she is living with her grandparents and raising the child she had with Jones—and so far he has never given her a dime.”

The FBI joined the nation in paying tribute to fallen officers this week, including seven agents whose deaths have been linked to their 9/11 response work.

Over the past three decades, Hogan’s Alley—a mock town on the grounds of the FBI’s Training Academy in Quantico, Virginia—has evolved into the cornerstone of the Bureau’s practical training program.