A Horse Farm of a Different Color 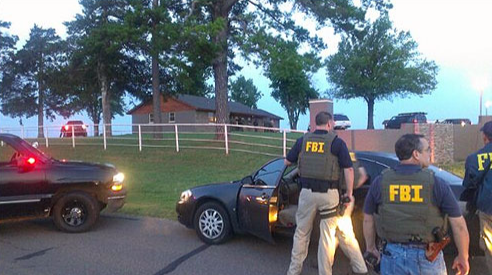 FBI agents at the Oklahoma horse farm that served as a money laundering front for Los Zetas.

By outward appearances, the owner of an Oklahoma farm bought American quarter horses to train, breed, and race. But Jose Trevino Morales, the brother of two leaders of the violent and powerful Mexican drug cartel Los Zetas, was not just in the horse business: He was using the farm as a front to launder millions of dollars of the cartel’s illicit profits.

A three-year investigation led by the FBI resulted in convictions recently in federal court against Trevino and three others for conspiracy to commit money laundering. The case was significant because it revealed the reach and influence of Los Zetas in the U.S.—and it also illustrated how effective our investigators have become at targeting the cartel’s leaders.

“Core family members of the cartel and key business partners were impacted by this case,” said Special Agent David Villarreal, who supervised the investigation from our Laredo Resident Agency in Texas. “The FBI is targeting the highest echelons of the cartel’s leadership, and that sends a strong message not only to the cartel but to the people who are laundering their money on the American side of the border.”

The investigation, conducted through the Department of Justice-run Organized Crime Drug Enforcement Task Force (OCDETF) program, showed that since 2008, Trevino and his associates bought and sold racehorses with Los Zetas drug money using shell companies and front men. Testimony at trial revealed that during a 30-month period, the defendants spent $16 million in New Mexico, Oklahoma, California, and Texas on the horse farm operation.

U.S. Attorney Robert Pitman, who prosecuted the case, said after the trial, “The government was able to show how the corrupting influence of drug cartels has extended into the United States with cartel bosses using an otherwise legitimate domestic industry to launder proceeds from drug trafficking and other crimes.”

Investigators traced “upwards of $22 million that was laundered and shipped back to Mexico,” Villarreal said. “And that was just a piece of the operation that we used as a snapshot to prove our case in court.” 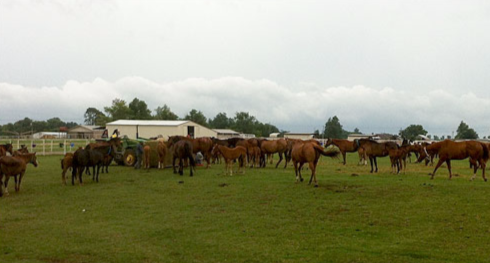 The government seized 455 horses and will seek a judgment in an upcoming civil trial that will include forfeitures that could total more than $70 million.

Villarreal believes that dismantling the horse farm operation will hamper the cartel’s ability to launder money, and that, in turn, will help restrict its U.S. operations. As part of the case, the government seized 455 horses and will seek a judgment in an upcoming civil trial that will include forfeitures of cash, U.S real estate, and three jets that could total more than $70 million.

In Laredo, on the South Texas border, “the Zetas are the main criminal threat, responsible for most of the violence, kidnappings, human and drug smuggling, and related crime,” Villarreal explained. “Across the border in Mexico, they have bombed police stations and assassinated numerous public officials.” This cartel, he said, “has committed countless atrocities, and they are responsible for destabilizing the border.”

He added that everyone on the task force—including the Internal Revenue Service, the U.S. Attorney’s Office for the Western District of Texas, the Drug Enforcement Administration, and other federal, state, and local law enforcement agency partners—worked hard to make the case against Trevino and his associates.

“Personally,” said Villarreal, who grew up in the region, “it is very rewarding to be able to bring justice to these ruthless people and to help stop their U.S. operations.”

An FBI bomb technician embedded with the Navy and applied his specialized skills there to find signatures and forensic material on bomb fragments and unexploded devices that helped the military piece together a clearer picture of its adversaries.

How police and the FBI unraveled a bomb plot targeting one of the nation's largest retailers.