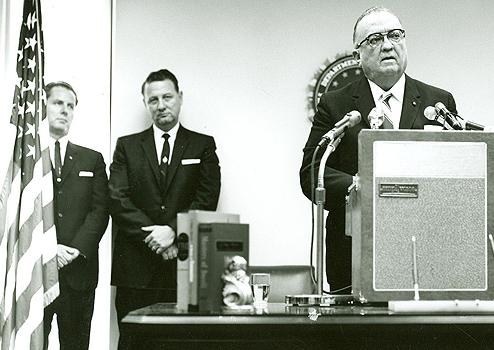 Special Agent Cartha “Deke” DeLoach, a trusted adviser to FBI Director J. Edgar Hoover who oversaw the investigation into the assassination of Dr. Martin Luther King, Jr. and served as the Bureau’s liaison to President Lyndon B. Johnson after John F. Kennedy’s assassination in 1963, died Wednesday evening in South Carolina. He was 92.

The former assistant to the Director, who was third in command at the FBI—after Hoover and Associate Director Clyde Tolson—until retiring in 1970, joined the Bureau as a clerk in August 1942 in what was then the Identification Division. Four months later he became a special agent. Over the course of his career, he worked in the Norfolk and Cleveland Field Offices. He also held a number of leadership positions at Headquarters, including assistant director of the Crime Records Division from 1959 to 1965, where he pushed to establish the National Crime Information Center, or NCIC, which launched in 1967. His tenure at the FBI saw major shifts in the Bureau’s priorities, from preventing saboteurs and espionage during World War II to battling the Ku Klux Klan in the late 50s and early 60s to investigating major civil rights cases.

“Deke’s commitment to the FBI and to the American people at large was a hallmark of his life,” FBI Director Robert S. Mueller said in a statement. “We will remember him as a dedicated special agent and a committed public servant—one who upheld the highest ideals of the FBI.”

Indeed, it was DeLoach who in 1963 served as the Bureau’s link to President Lyndon Johnson’s White House after the Kennedy assassination. In 1964, when three civil rights workers went missing in Mississippi, the president called him almost daily for case updates. It was DeLoach who personally called Johnson to tell him the bodies had been found. In an oral history recorded in 1991, DeLoach recalled traveling down to Mississippi with Hoover and Tolson and experiencing firsthand the challenging climate facing investigators.

The FBI’s Liaison to the President 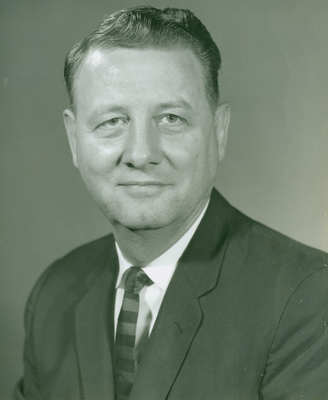 There was “political distrust” in the relationship between J. Edgar Hoover and Lyndon B. Johnson, DeLoach said in a 1991 oral history. “They both needed each other,” he explained. “Mr. Hoover was anxious to retain his job and to stay on as director. President Johnson, on the other hand, knew of Mr. Hoover’s image in the United States … and knew it was vast. He knew of the potential strength of the FBI insofar as being of assistance to the government and the White House is concerned. As a result, it was a marriage, not altogether of necessity, but it was a definite friendship caused by necessity.”

Shortly after Johnson assumed the presidency following JFK’s assassination, Johnson personally asked that DeLoach—whom he’d met in the 50s while Senate majority leader—serve as the Bureau’s line of communication with the White House.

“The day after he returned from Dallas—the day after he was sworn in as president—he called Mr. Hoover and indicated that he would appreciate it if I were assigned as his liaison between the FBI and the White House and, of course, I immediately was given that assignment,” DeLoach recalled. “Clyde Tolson called me in and indicated that, ‘The boss wants you to be the liaison between the FBI and the White House. He thinks that you know Lyndon Johnson and it could be of help to the FBI.’ He didn’t tell me that the president had called. I saw that later on in the form of a memorandum. I still have a copy of that, which Mr. Hoover dictated for his own files.”

“FBI agents were shouldered off the sidewalk, refused food in restaurants, a Klansman put rattlesnakes down on the floor of the driver’s seat of an agent’s car,” DeLoach recalled. “The FBI took a lot of abuse; they worked ungodly amounts of overtime. I was with them down there part of the time; I know.”

DeLoach was the last of the FBI’s senior leaders from the turbulent civil rights era. He was a principal supervisor in the investigation of the murdered civil rights workers—the Mississippi Burning case. He also supervised the hunt for James Earl Ray after Ray killed Dr. King in 1968.

In an interview last June with the Center for Intelligence and Security Studies, DeLoach said the FBI helped turn the tide against the Klan and its followers. “Eventually I think the good work of the FBI and the Department of Justice…caused the sympathizers’ beliefs to wane and recognize this is not a good way of life,” DeLoach said.

DeLoach served the FBI for 28 years—the last five as a key adviser to Hoover. After retiring, he went to work for private industry and in 1995 wrote a book titled Hoover’s FBI: The Inside Story by Hoover’s Trusted Lieutenant. A longtime resident of Hilton Head Island, South Carolina, DeLoach received the state’s highest civilian honor for his years of service to the town and his home state.

An MS-13 gang member wanted for murder has been named to the Ten Most Wanted Fugitives list.