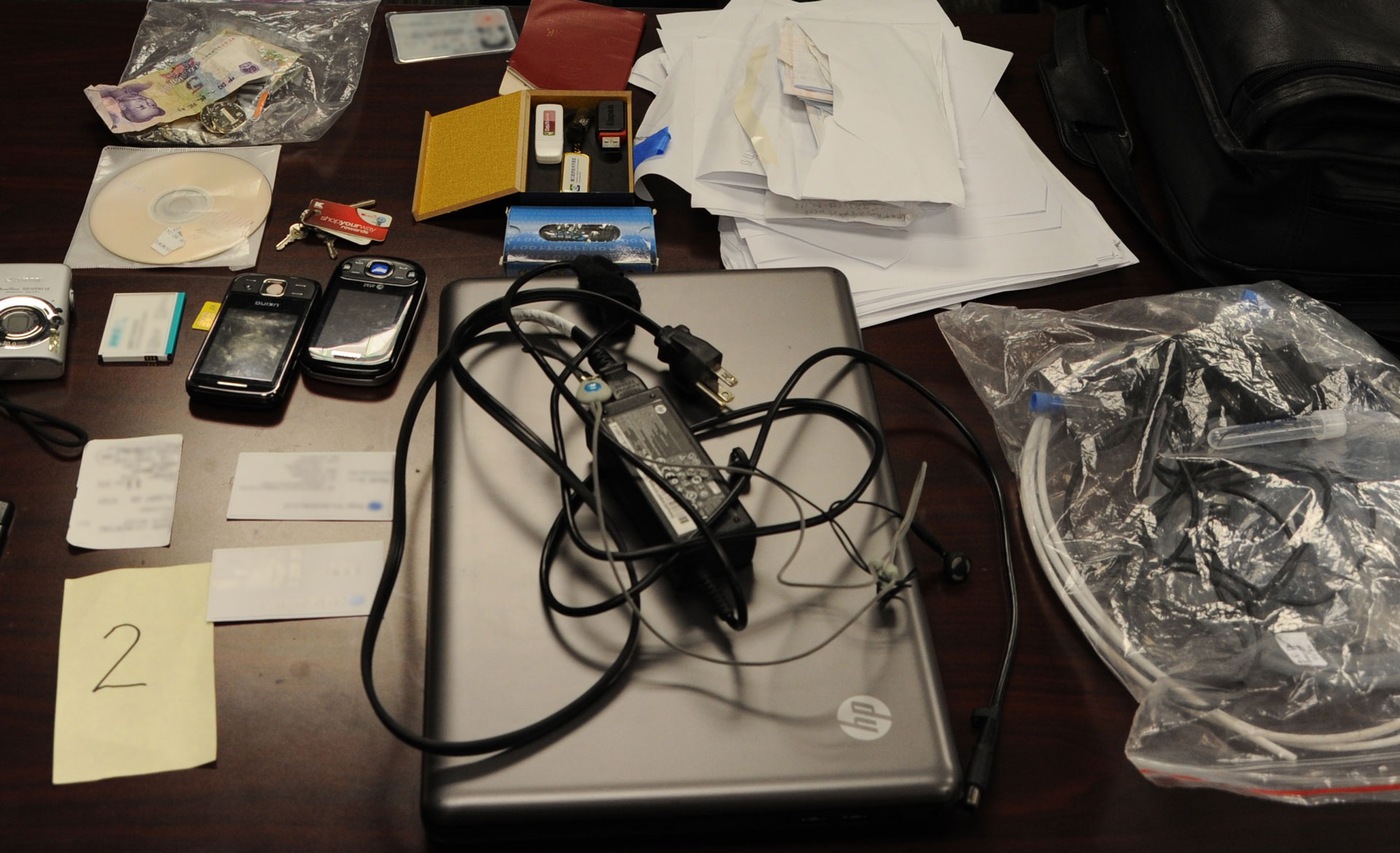 The laptop, thumb drives, cell phones, and other items confiscated from Wengfeng Lu during his 2012 arrest as he tried to board a plane to China with stolen trade secrets.

Wenfeng Lu was seemingly living the American dream—a comfortable life in Irvine, California, with his family and a career in medical device research and development.

Yet Lu’s secret goal was to use trade secrets stolen from his employer to strike it rich in his native China. However, thanks to an FBI investigation, his plan was thwarted, and Lu is now serving a 27-month prison sentence.

Lu worked for several different U.S. companies, all of which developed high-tech medical equipment, such as clot retrieval tools and balloon-guide catheters. In each job, Lu signed a non-disclosure agreement for his research and development work.

Despite signing the confidentiality agreement, Lu routinely did “data dumps” from his various medical research employers for about three years until his arrest in 2012. Lu transferred all of the data he could get his hands on to a personal laptop. Many of the hundreds of documents Lu stole had nothing to do with his own research; he took as much information as he could access, including proprietary information.

“He had access to so many files, not just for his own projects, and he downloaded files for a variety of different projects and took them home and to China,” said Special Agent Gina Kwon, who investigated this case out of the FBI’s Los Angeles Field Office.

One of Lu’s former employers noticed the unusual activity on their systems and reported the results of their internal investigation to the FBI. Investigators quickly proceeded to build their case and arrested Lu, just before he boarded a plane to China with the files.

“These cases are important for the economic prosperity of our country.”

The investigative team learned that Lu had planned to create and run his own medical device manufacturing company in China using the stolen technology and Chinese government funding. He had even applied for Chinese patents using technology stolen from the American companies. (China’s government creates policies that disadvantage American businesses, and hacking against American companies and interests is a common tactic.)

“Lu wanted his own business, and he thought there was a great market in China for this technology,” Kwon said.

Kwon said the American company’s quick response to the unusual activity on their systems was key to the successful investigation. That’s why the FBI works closely with private sector companies to build relationships and promote information sharing. Kwon encouraged the victim companies in this case—and all companies who have trade secrets—to compartmentalize access to files so each employee only has access to what is needed for his or her job.

“These cases are important for the economic prosperity of our country,” Kwon said. “China and others are doing what they can to cut corners by stealing technology from American companies. It’s detrimental to U.S companies because they’ve spent years and money to develop the technology, and it undercuts their ability to sell it competitively.”

Belize Police Department Inspector Sherlet Ramclam, a single mother of four and the country's first female delegate to the FBI National Academy, hopes her experience will shape the future of her country's national law enforcement agency.

Though it occurred decades ago, the case of American engineer William Holden Bell, who betrayed his country through espionage, still provides lessons and warning signs for today.