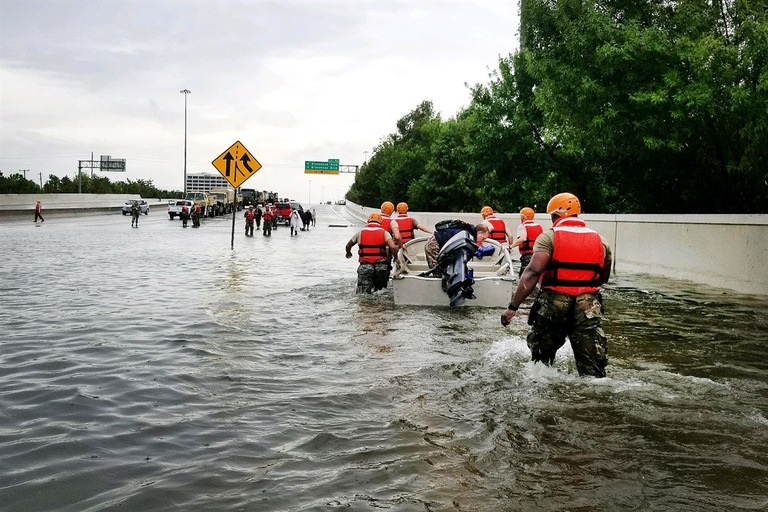 Federal authorities are issuing warnings to potential donors wishing to aid victims of Hurricane Harvey that unscrupulous scammers may set up shop in the storm’s wake.

The Federal Trade Commission (FTC) and the U.S. Computer Emergency Readiness Team (US-CERT) this week warned that phishing scams and bogus e-mail solicitations may target potential givers. US-CERT warned users to be cautious when handling unsolicited e-mails with subject lines, hyperlinks, and attachments related to Hurricane Harvey. And the Department of Justice (DOJ) on Wednesday issued a reminder to be vigilant about potentially fraudulent activity on the heels of a disaster.

“Be alert for charities that seem to have sprung up overnight in connection with current events,” the FTC warned.

The National Center for Disaster Fraud, which was established by the Justice Department to investigate fraud in the wake of Hurricane Katrina, said in a press release this week that tips regarding suspected fraud should be reported by phone to (866) 720-5721 or online at disaster@leo.gov. Suspected Internet-based fraud can also be reported to the FBI’s Internet Crime Complaint Center, or IC3, at www.ic3.gov.

To assist those seeking guidance, the Federal Emergency Management Agency (FEMA) tweeted a link to “trusted sources for helping out with #Harvey,” which takes users to the website for National Voluntary Organizations Active in Disaster. The Virginia-based non-profit group describes itself as an “association of organizations that mitigate and alleviate the impact of disasters” and counts many well-known national aid organizations among its members. FEMA also posted a link to a list of the organization’s members in Texas.

“Criminals can exploit disasters, such as Hurricane Harvey, for their own gain by sending fraudulent communications through e-mail or social media.”

The agencies offered these tips (among others) to individuals who are considering making donations:

After Hurricane Katrina hit New Orleans and the Gulf Coast region in 2005, the immediate devastation was followed by years of complaints of fraud. In the four years after Katrina, the fraud task force—consisting of more than two dozen local, state, and federal agencies, including the FBI—received more than 36,000 complaints. By 2009, more than 1,300 individuals had been indicted for Katrina-related crimes.

If charitable giving after past disasters is any indication, millions of aid dollars will flow in the coming weeks and months to areas affected by Harvey’s damaging storms and flooding. Federal agencies want to make sure those contributions end up where donors intend, and not in the hands of criminals.

“Unfortunately, criminals can exploit disasters, such as Hurricane Harvey, for their own gain by sending fraudulent communications through e-mail or social media and by creating phony websites designed to solicit contributions,” the National Center for Disaster Fraud warned.

Perrye Turner, the special agent in charge of the FBI’s Houston Division, echoed these warnings: “As we all work to rebuild the Houston/Gulf Coast region and look for ways to help, it's important to perform due diligence before giving contributions to anyone soliciting donations or individuals offering to provide assistance to those affected by Harvey, whether the solicitations are in person, via e-mail, or by telephone,” Turner said in a statement. “The FBI is dedicated to investigating and preventing this type of fraud, especially when it involves preying on individuals during times of great need.”

“The FBI is dedicated to investigating and preventing this type of fraud, especially when it involves preying on individuals during times of great need.”

During a meeting of intelligence and national security leaders, FBI Director Christopher Wray stressed the importance of partnerships and intelligence in staying ahead of evolving threats.