Since its inception in 1908, the FBI has conducted investigations in the Houston area, tackling peonage (forced labor) violations, the theft of interstate shipments, and other issues. For many years, though, these investigations were overseen from Dallas or other cities in Texas.

As war broke out in Europe—but before the U.S. officially joined the conflict—the Bureau decided to open a field office in Houston in response to the already booming ports, armed service facilities, and national defense-related manufacturing in the region. In July 1940, E.L. Richmond was appointed special agent in charge to head up the new office.

During this time, the Houston Division worked to protect the area from spies and saboteurs and to handle the FBI’s many other wartime responsibilities—from rounding up draft dodgers to conducting background checks on federal workers.

The Houston Division’s national security work remained its top priority during the first decades of the Cold War, as the FBI worked to uncover and turn back Soviet espionage in this country.

Civil rights cases, theft of interstate shipments, and other investigations grew in importance over the next decades. Violent fugitives on the loose were also a concern, and Houston agents helped investigate and capture FBI Ten Most Wanted fugitives like Joseph Franklin Bent, Jr., in Texas City in 1952; Sydney Martin, who agents captured in 1953 after a citizen in Corpus Christi recognized him; and Allen Haugsted, who was arrested in Houston in 1965. 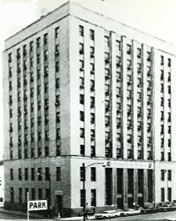 In the midst of domestic oil shortages in the 1970s, the division also worked to determine if Texas oil companies were violating federal statutes.

Growing law enforcement partnerships were the hallmark of the next few decades, as crime grew in complexity and scope.

In August 1987, for example, the Houston Division and the Houston Police Department issued a memorandum of understanding creating a Joint Terrorism Task Force to prevent and investigate domestic and international terrorism in the region. It was the FBI’s second such task force, following New York’s in 1980. Five years later—in September 1992—the Houston FBI and Houston Police Department joined with other federal and state law enforcement agencies in creating a Joint Drug Intelligence Group focused on curbing the movement of illegal narcotics through the port city.

Later in the decade, the division investigated one of the most heinous civil rights crimes since the 1960s. In June 1998, a 49-year-old African-American named James Byrd was brutally murdered in Jasper, Texas by being chained to the back of a pickup truck and dragged for three miles. An investigation by the FBI and other agencies in the area led to the arrest and conviction of three men for the attack.

In March 2000, the Houston Joint Terrorism Task Force prevented a potential domestic terror attack when it arrested an anti-government extremist named Mark Wayne McCool as he tried to purchase explosives and a rifle from an undercover agent. McCool—leader of a militia group that advocated a violent revolution against the U.S. government—was planning to attack the federal building in Houston. He pled guilty to an explosives charge in June 2000.

The Houston Division also prevented a serious cyber attack when it identified and arrested a hacker named Franklin Wayne Adams in March 2000. Adams was attempting to use the Internet to plant a “worm” on the computers of small businesses that would have wiped out their hard drives. The worm would have also launched a denial of service attack against the region’s 9-1-1 system, essentially shutting it down. 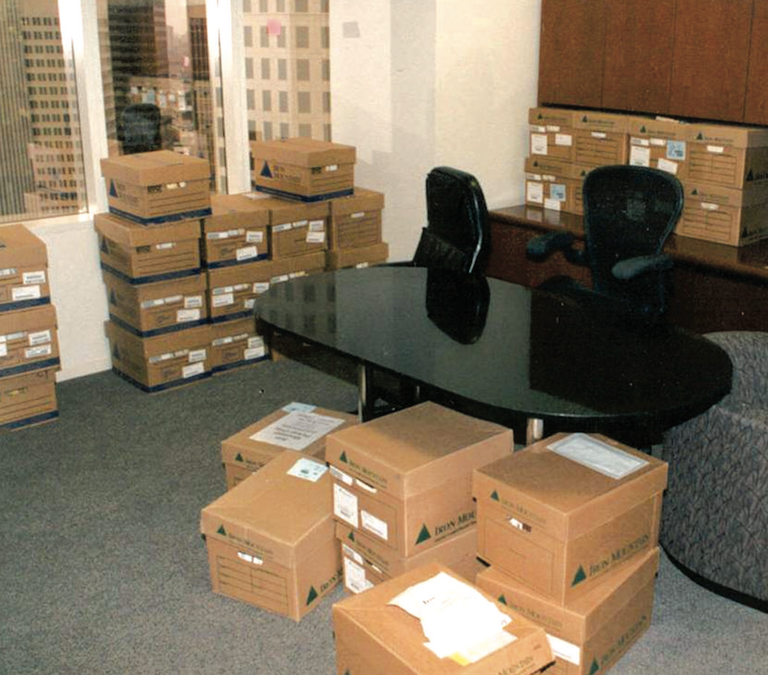 Investigators emerged from a 2002 search of Enron headquarters in Houston with more than 500 boxes of evidence.

Following the 9/11 attacks, preventing terror attacks became the division’s top priority, along with the rest of the Bureau. As a result, the division strengthened its Joint Terrorism Task Force and began working to upgrade its intelligence capabilities.

Less than four months after the attacks, however, the Houston Division became involved in a major financial case that shook the nation. In December 2001, it launched a massive, wide-ranging investigation into the failure of the energy trading company Enron, a business headquartered in Houston. The case revealed a vast conspiracy to overstate Enron’s financial performance and many instances of insider self-dealing. Several prominent officers of the company—including the CEO and CFO—were charged and found guilty of the massive fraud and conspiracy that led to Enron’s collapse and billions of dollars in losses to investors and employees. So far, the investigation has led to 21 convictions.

The division continued to build its capabilities to fight crime and terror. In October 2003, it launched a Regional Computer Forensic Laboratory in Houston, a multi-agency center devoted to examining and gathering evidence from laptops, cell phones, and other digital devices.

When Hurricanes Katrina and Rita hit the Gulf Coast in the fall of 2005—followed by Hurricanes Gustav and Ike in 2008—the crime and fraud that followed in its wake had a significant impact on the Houston Division. When some of the gangs from New Orleans migrated to Houston and caused a spike in crime, the division teamed with the Houston Police Department to go after them. Houston investigators also handled a number of fraud cases related to the disasters.

Even as Houston handled a full load of criminal cases—everything from bank robberies to violent crimes engineered by the MS-13 street gang, from child porn to the theft of trade secrets—it made important contributions to the FBI’s top priority of protecting the nation from terrorism. In 2005, for example, Houston agents arrested Ronald Allen Grecula following an arranged undercover meeting during which he offered to build and sell a bomb to terrorist groups targeting the United States. Grecula later pled guilty and was sentenced to five years in prison. In 2006, the division also worked with the Drug Enforcement Agency to shut down a drugs-for-weapons scheme involving a South American terror group in a case known as “Operation White Terror.”

As the FBI heads into its next century of service, the Houston Division is committed to continuing its work to protect the city and surrounding communities from all manner of national security and criminal threats.