As water gushed into New Orleans after Hurricane Katrina made landfall on August 29, 2005, the FBI began pouring people and resources into the beleaguered city.

Within days, nearly 500 special agents, intelligence analysts, and professional staff from all over the country were on the ground, part of a coordinated federal effort with state and local authorities to help rein in the chaos and rescue those still stranded.

The amount of damage was unprecedented.

“I couldn't believe my eyes,” said Boston Special Agent in Charge Ken Kaiser, who temporarily left his post to serve as the on-scene tactical commander in New Orleans. “More than 80 percent of the city was flooded, up to the rooftops in some places. There were scores of helpless people.”

The FBI was also represented in the Law Enforcement Coordination Center, a multi-agency task force that drew members from local, state, and federal agencies and was focused on securing the city.

As floodwaters receded and the death toll rose, the FBI’s Disaster Squad—a team of highly trained forensic examiners from the FBI Laboratory in Quantico, Virginia—also got to work identifying the victims. 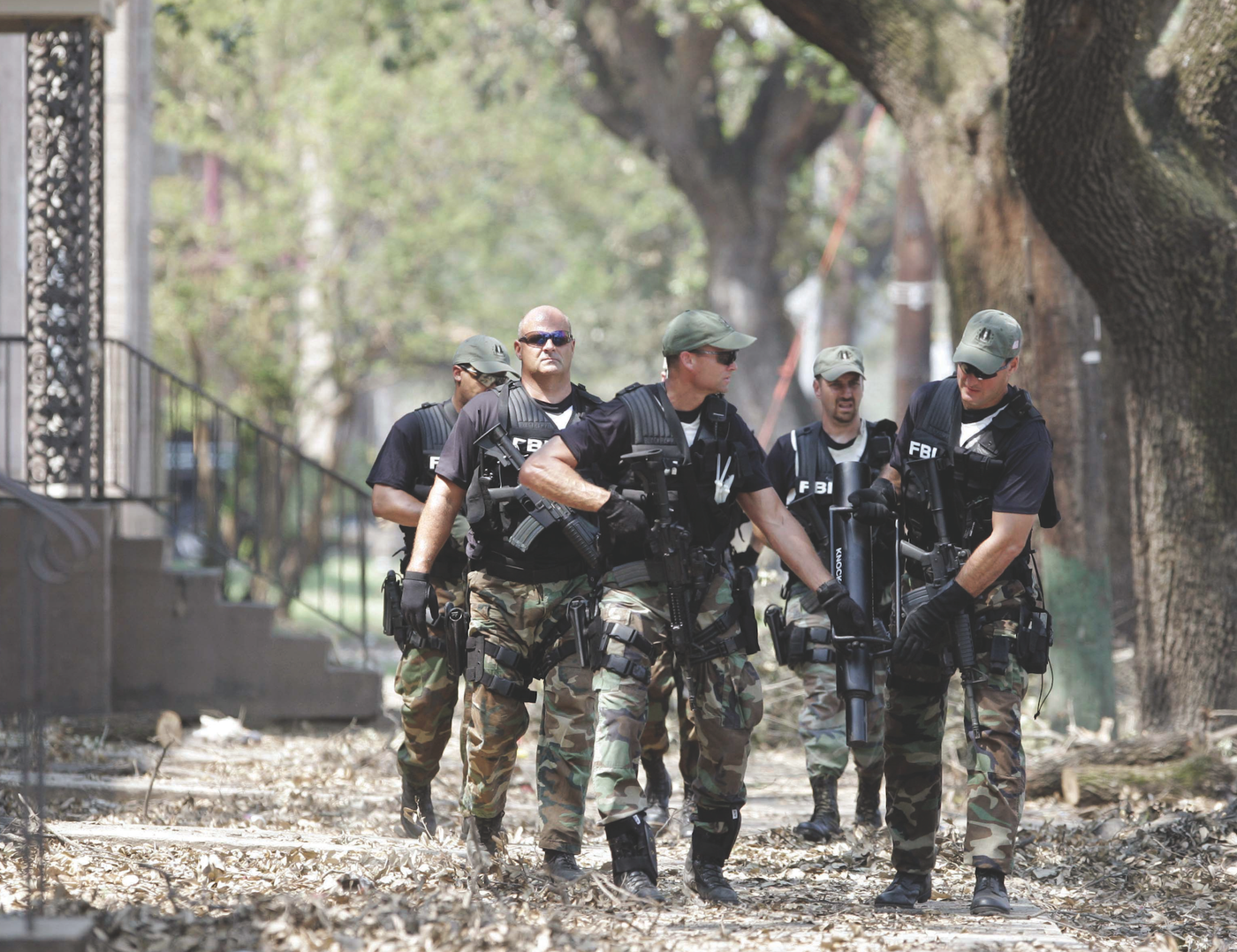 An FBI SWAT team assists local law enforcement in New Orleans in the days after Hurricane Katrina made landfall in August 2005. AP Photo. 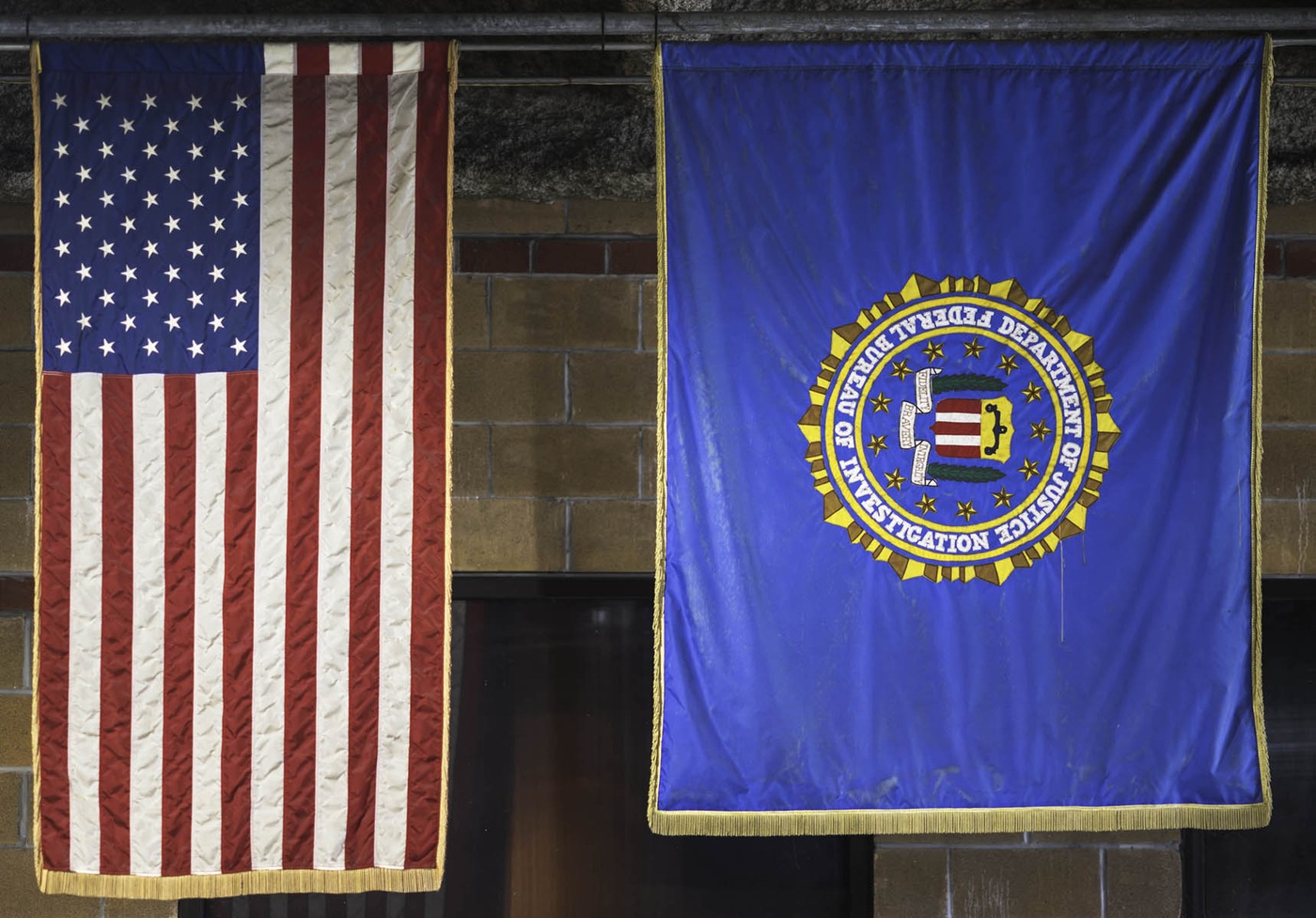 Click the image to read about the collection of flags that FBI SWAT agents hung in the garage where they were sleeping during Hurricane Katrina.

FBI personnel worked out of a downtown hotel spared from the worst of the flooding and from a mobile command center established in Baton Rouge. Bureau teams patrolled the devastated city and helped guard critical sites.

The FBI’s New Orleans Division did not escape damage, as many of the division’s offices and their content were ruined by water or mold; part of the roof peeled back and let water into the building.

New Orleans Special Agent in Charge James Bernazzani—along with New Orleans agents, two New Orleans Police Department officers, and two contract security personnel—stayed in the FBI’s downtown building as the flood waters were rising to guard classified information, criminal evidence, and weapons. As the city was underwater and both electricity and communications were down, the FBI ultimately deployed multiple SWAT members to protect and secure the facility.

The New Orleans Division also worked with local officials to produce intelligence assessments of known or suspected violent criminals in the area who might have fled to safer locations. The Bureau shared the information with other field offices and with law enforcement officials across the nation.

In addition to New Orleans, the FBI also lent a hand in other Gulf Coast areas battered by the storm—including in Alabama and Mississippi—setting up command posts, working with partners to help find missing children and their families, and sending employees with specialized experience.

The work in the hurricane ravaged areas was made all the more difficult by the damage caused less than a month later by Hurricane Rita.

The Lingering Impact of Fraud

However, the FBI’s work was not limited to mitigating the immediate damage left by Hurricane Katrina.

The Hurricane Katrina Task Force was established to address the inundation of fraudulent claims against the government in relation to Katrina. There are many different kinds of disaster fraud, including contract fraud, investment fraud, and charity fraud, as well as various embezzlement schemes.

The task force’s fraud cases stretched for years, and many crimes were uncovered or prosecuted long after Hurricane Katrina struck. See the links below for additional information.