The collapse of the energy company Enron in December 2001 precipitated what would become the most complex white-collar crime investigation in the FBI’s history.

Top officials at the Houston-based company cheated investors and enriched themselves through complex accounting gimmicks like overvaluing assets to boost cash flow and earnings statements, which made the company even more appealing to investors.

Within weeks, the number of agents and support staff assigned to the case grew to 45, many hand-picked from field offices around the country for their expertise in traversing even the most circuitous paper trails. 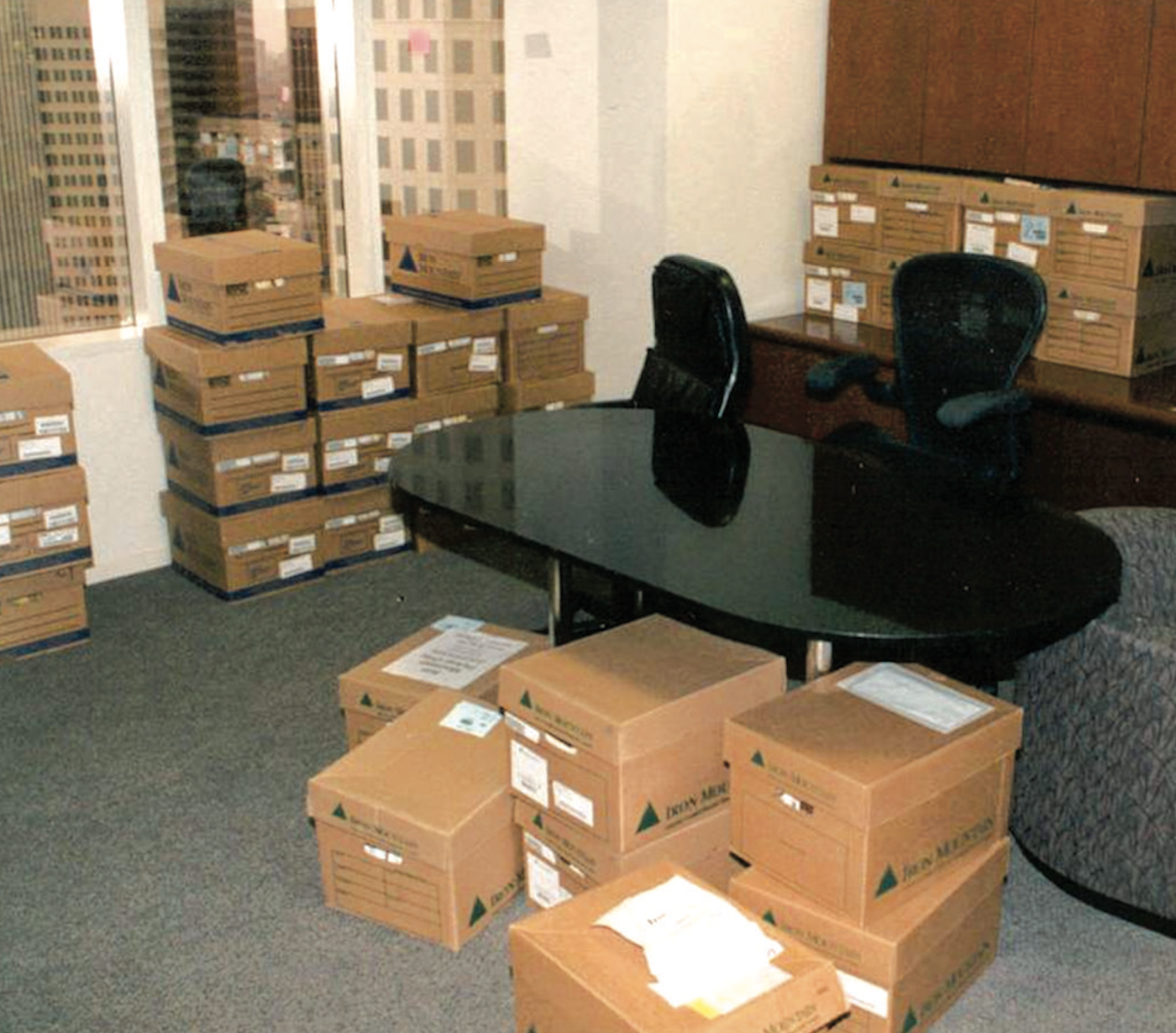 More than 3,000 boxes of evidence and more than four terabytes of digitized data were collected by agents in the weeks after Enron declared bankruptcy.

Agents who specialize in recovering forensic evidence from computers collected more than four terabytes (imagine 4,000 copies of an encyclopedia) of digitized data, including e-mail from more than 600 employees. Meanwhile, the Regional Computer Forensics Lab in Houston processed circa 30 terabytes of data, making still more sense of the paper trail and flagging important leads for investigators.

What emerged from the investigation was a mosaic of inter-related schemes—some hardly more than smoke and mirrors—that toppled a company that once boasted annual revenues over $150 billion. Enron ripped off California, selling energy to the state’s strapped utilities at over-inflated rates. Officials overstated the company’s fledgling Broadband venture, hitching the company’s stock price to the star of the still-nascent internet bubble. The company also overvalued its international assets by billions to generate cash flow and manipulated its quarterly earnings statements to keep Wall Street happy and its stock price afloat.

The five-year investigation led to jury convictions of top Enron officials who enriched themselves by cheating investors with sham accounting and guilty pleas from many others who were in on it. 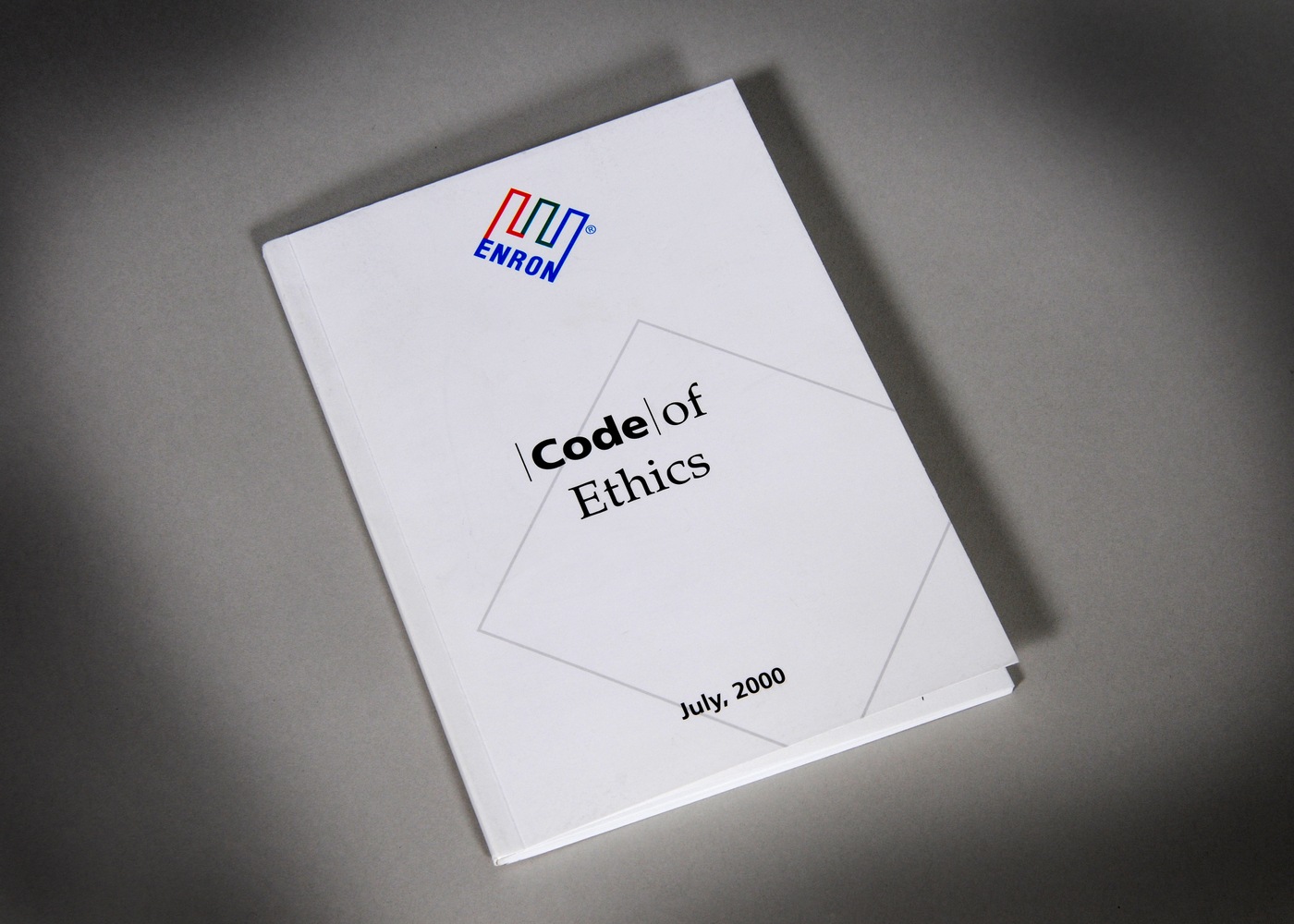 Enron Code of Ethics from 2000, signed by Enron’s Chairman and CEO Kenneth Lay. The foreword of the Code of Ethics states that Enron “enjoys a reputation for fairness and honesty... but no matter [what]... Enron’s reputation... depends on its people, on you and me.” The executives of Enron defrauded thousands of people out of their life savings, leading to financial ruin for many of the employees that they purported to hold to high ethical standards. It reminds us that no company is above the law and that white-collar crime will be relentlessly pursued by the FBI until the perpetrators are brought to justice.

Mr. Anderson said it was the thousands of victims, hard-working employees who lost their pensions, and the desire to hold accountable those responsible for the failure of Enron, that motivated agents, analysts, and others on the Enron Task Force to press ahead on the massive case.

“They lost their retirements, their health insurance, their livelihoods. That kept everyone interested in pressing forward in spite of the huge personal sacrifices inherent in working a major case for over five years,” Special Agent Anderson said. “If it’s some consolation to them, the people that were responsible for this fraud were punished for it.”