A far-reaching investigation into telemarketing fraud in the 1990s netted hundreds of convictions across the nation. 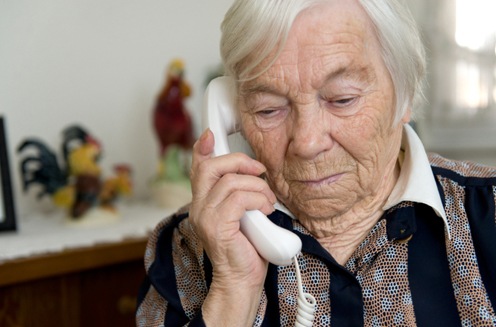 One Ohio widow was scammed out of some $240,000—her life savings—by 50 different telemarketers. A 92-year-old woman in California lost $180,000, then was conned out of another $5,000 trying to get some of it back. An elderly lady living out West gave away $60,000 from her family’s retirement fund to a telemarketer, only to turn around and agree to take out a costly loan.

These sad stories were just the tip of the iceberg in the 1990s, when telemarketing fraud was in its criminal heyday, mostly preying on the elderly and ringing up an estimated $40 billion in losses from the pockets of American consumers.

But the FBI and its partners fought back during the decade through a series of major investigations that put a sizeable dent in the operations of telemarketing hucksters.

One of the most important of these cases was publicly unveiled on December 7, 1995. Dubbed Operation Senior Sentinel, it was as novel as it was successful. Successful, because it ultimately resulted in some 1,200 arrests and hundreds of convictions across the nation. And novel, because for the first time, it put victims themselves in an undercover role to help current and retired FBI agents catch fraudsters.

That case was a spin-off of two earlier major investigations led by the FBI that targeted telemarketing “boiler rooms”—so named because they typically involve a crowded room full of sales persons using high-pressure, often illegal sales tactics on unsuspecting victims over the phone. The first investigation—Operation Disconnect—began in 1991 in Salt Lake City, expanding nationwide and culminating in a wave of 240 arrests in March 1993. The second, called Operation Sunstroke because it was based in Miami, was launched in the summer of 1993. It featured an innovative technique for a telemarketing case: retired FBI agents and informants posing as victims.

At the time, the FBI office in Miami had a close working relationship with its counterpart in San Diego, since both cities were hotbeds of boiler room activity. Operation Sunstroke was eventually expanded by the San Diego Division into Operation Senior Sentinel.

In Senior Sentinel, we added yet another effective investigative twist and a first in law enforcement. In addition to tapping into retired agents, we asked citizen volunteers recruited by the AARP—the American Association of Retired Persons—to aid the investigation by acting as victims. These individuals (some of whom actually were victims) were trained by Bureau agents, who secretly recorded the conversations. The tapes were then forwarded to our office in San Diego, where they were catalogued and indexed for the investigation. More than 7,000 phone calls were recorded between 1993 and 1995.

These three cases—along with Operation Double Barrel in 1998 and others that followed—have had a lasting impact in reducing the scourge of telemarketing fraud.

San Diego Special Agent in Charge Keith Slotter, who helped launch Operation Sunstroke while an agent in Miami, says the days of the massive telemarketing boiler room operations are essentially over. “We came down so hard on the boiler room criminals and sent so many to jail that it discouraged them from going back into the business,” he said. “We sent a psychological message as well as a criminal message.”

The following were the most common types of scams in Operation Senior Sentinel. Some of these tactics are still used today.