A unique public-private agreement returned three seized homes used by drug traffickers back to the community, where a non-profit organization will renovate and sell them at an affordable price with the stipulation that the owner reside there.

There was no mystery about what was occurring at the three multi-family rental houses on Park Avenue in Rutland, Vermont: strangers dropping in around the clock, police responding to neighbors’ complaints, discarded syringes turning up in nearby yards.

“My grandson that lives here got to where he wouldn't even go outside for two years,” said Michael Moran, who has lived with his family in a home on Park Avenue for more than 25 years. He raised his own kids in the modest house and watched helplessly, beginning around 2011, as his tree-lined street turned from a respectable working-class enclave to a notorious destination for drug sellers and buyers at the height of the state’s opioid epidemic. Living across the street from one drug house and next door to another, Moran said, the routine for his grandson had become “come home from school and go in the house.”

The Park Avenue homes were well known to local police, who made occasional arrests but were unable to appreciably stem the flow of drugs and money. It wasn’t until they partnered with civic leaders, researchers, and federal law enforcement agencies that a more holistic solution took hold. Rather than the piecemeal arrests, investigators worked with local police to build a long-term investigation that included surveillance, informants, and undercover work, including at least six controlled drug buys. The case ultimately led to arrests and convictions in 2014 of seven drug dealers who had lived in the houses. Federal officials also moved to seize the houses in 2015 after it became clear the absentee owner knew of the illegal activity and did nothing to stop it. 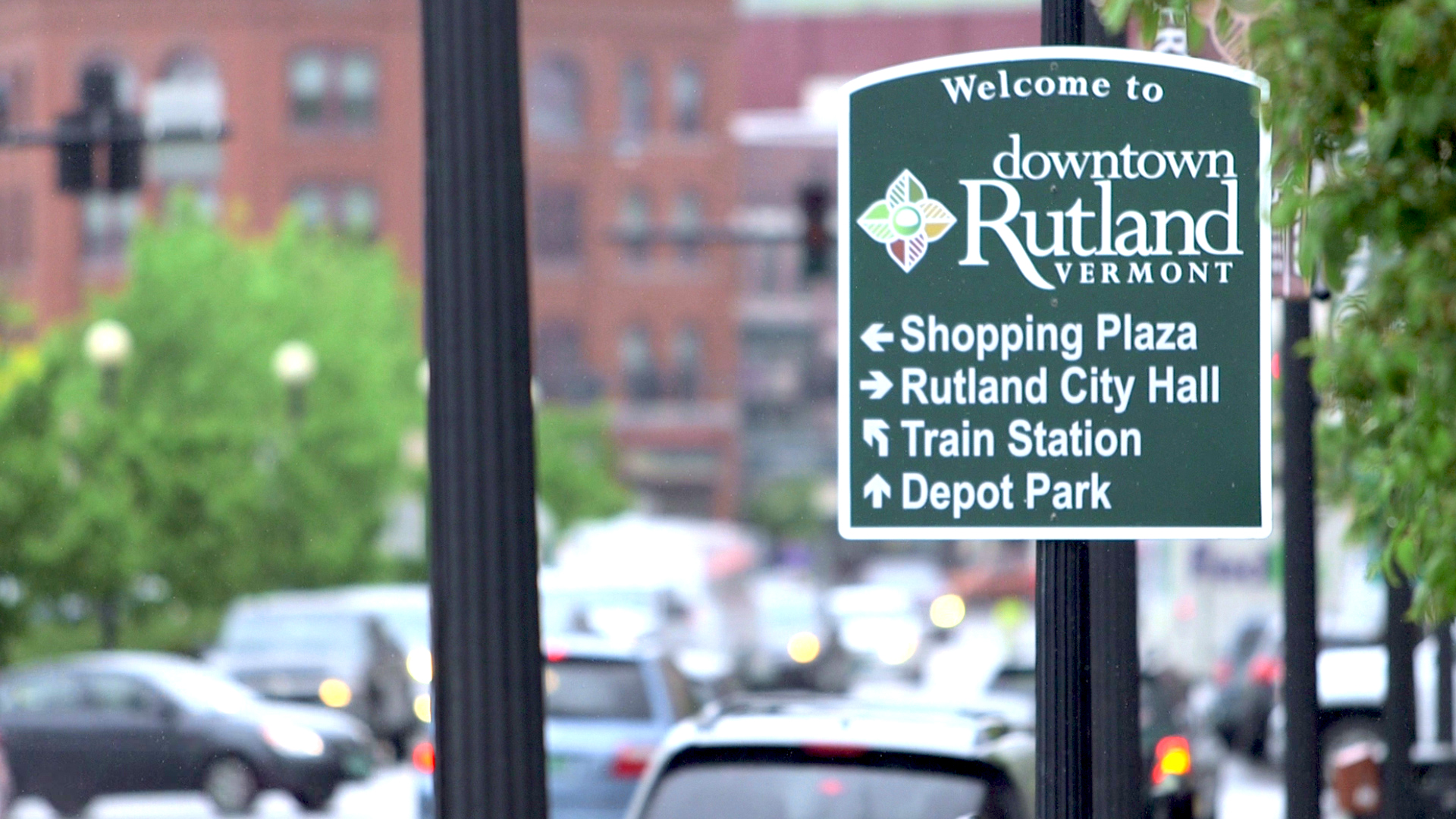 Rutland, Vermont, earned a dubious reputation in recent years as a destination for both traffickers and users of opioids. A recent civil forfeiture measure took aim at absentee landlords who turn a blind eye to renters they know are using their rental properties to traffic illegal drugs.

“Property used to facilitate drug trafficking is subject to forfeiture,” said Joseph Perello, an assistant U.S. attorney for the District of Vermont, which filed for the civil forfeiture. “You look at the facts to see whether or not the landlord took reasonable but safe steps to rid the residences or the rental properties of drug dealings. Here, we concluded that he did not.”

Unlike criminal forfeiture, which is a legal action brought against individuals as part of a criminal conviction, civil forfeiture is brought against property and is not dependent on a prosecution. The legal measure is based on the strength of available evidence—in this case, the overwhelming testimony of witnesses to the landlord’s complicity.

“It’s a very worthwhile tool,” said FBI Special Agent Chris Destito, who helped investigate the case out of the Burlington, Vermont, office of the Bureau’s Albany Division. “It’s an effective tool for us to get the landlords to be a little more aware of what’s happening in their units and not allow it.”

In many cases, proceeds from forfeitures go back to victims. And in some cases, a portion of funds help support law enforcement programs. In Rutland, where the effort to eliminate the drug houses was part of an expansive strategic goal to rehabilitate the greater neighborhood, an idea took hold to try something new.

With the three houses vacated and boarded up and the city still owed back taxes and fines, the U.S. Attorney’s Office and the city of Rutland struck an agreement last year to renovate the derelict properties into affordable homes. Under the arrangement and pursuant to the civil forfeiture of the properties, the U.S. Marshals Service transferred the houses to the city, which, in turn, cancelled its taxes and fines and then transferred the properties to a local non-profit, NeighborWorks of Western Vermont, which paid $82,500 to settle with the banks holding the properties’ mortgages.

“The properties were seized and they were transferred to a housing partner of the community—within the community—to provide home-ownership opportunities and—I can't say it enough—to transform the community,” said Chris Louras, who was mayor of Rutland during the period when the drug dealers were arrested and the homes were seized and turned over to the city. “It wouldn't have happened without the federal partners being invested in seeing our community succeed.”

“It wouldn't have happened without the federal partners being invested in seeing our community succeed.” 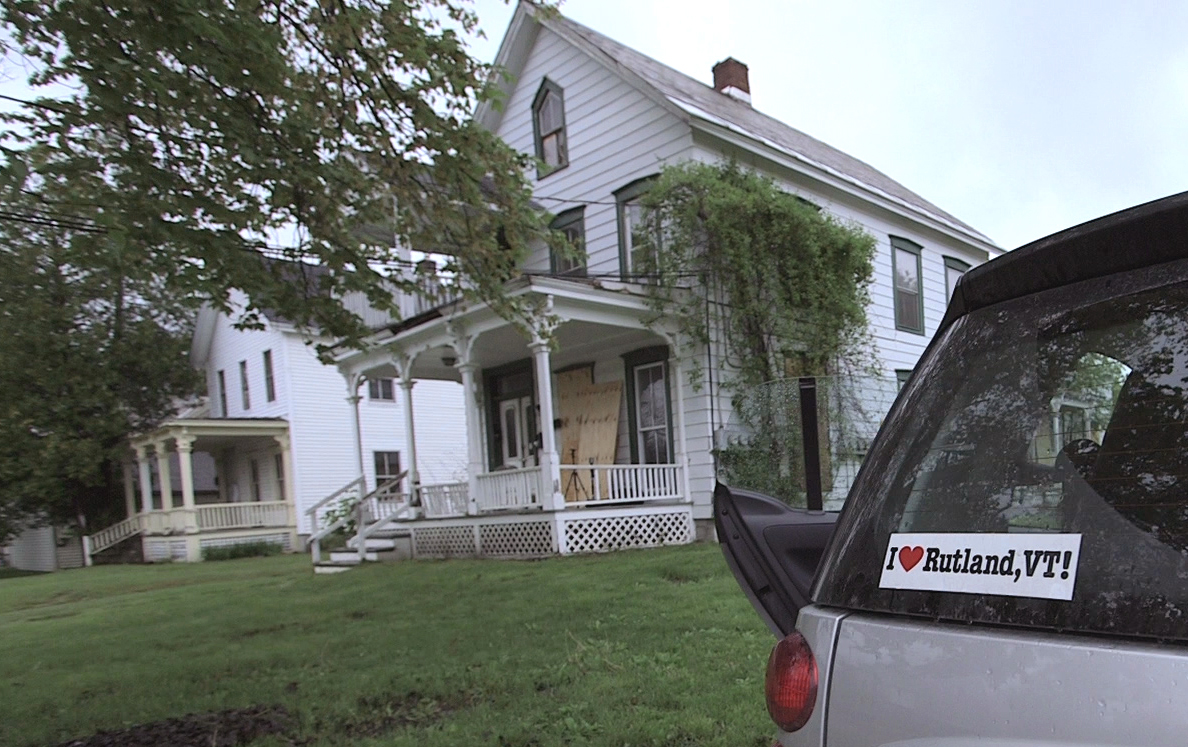 One of three homes seized on Park Avenue in Rutland, Vermont. A non-profit organization is restoring the properties, much to the delight of neighbors. “The transformation is palpable,” the former mayor of Rutland said.

Once renovated, the homes will be either owner-occupied single-family residences or duplexes or condos in which the landlord must live on-site, according to the agreement. The city’s aim is to bring stability to the street, the neighborhood, and the city, where just one in three homes is owner-occupied. With an excess of housing stock in Rutland—once a thriving railroad town and later a manufacturing hub—efforts are underway to eliminate blighted properties and return some multi-family homes back to their original, smaller size.

“They all have a history of being kind of family-oriented. Our hope is to bring them back to exactly that,” said Ludy Biddle, executive director of NeighborWorks. “We will repair these homes and sell them to families to live, I hope, happy lives in this neighborhood again.”

While the renovations have not yet started, the tenor of the neighborhood has already changed for the better. A block party on Park Avenue last month drew hundreds of people from around the city, showing a renewal is already underway. “The transformation is palpable,” the former mayor said.

The party was held on the lawn of one of the seized homes, directly across from Michael Moran’s house. “For the longest time, nobody would walk up and down these streets at night,” Moran said. “We fought and fought and fought, and this is where we’re at today. I see things getting better. And this is a nice neighborhood. It really is.”

“I see things getting better.”

U.S. and international law enforcement officials announced the takedown of the Darknet marketplace AlphaBay, where criminals anonymously bought and sold drugs, weapons, and other illicit goods.