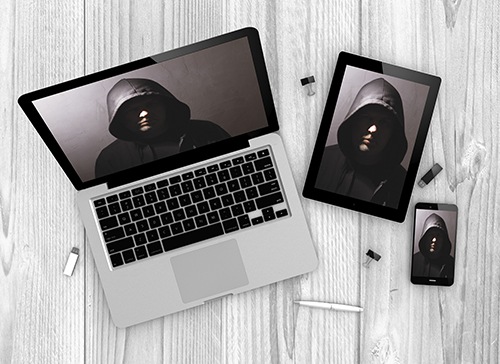 The case of a Tennessee man sentenced last month to 21 years in prison on child pornography charges serves as an important reminder to parents and children about the dangers of an online world where things are not always as they appear and pedophiles may be lurking around many virtual corners.

Brian K. Hendrix was convicted earlier this year in connection with his operation of two websites whose sole purpose was to trick children into engaging in sexually explicit activity that he and his co-conspirators were secretly recording. An investigation identified more than 300 American children who were victims—some as young as 8 years old—and an estimated 1,600 other youths who were lured to the websites.

The pedophiles tricked their young victims by creating fake profiles on social networking sites, where they posed as teenagers to lure children to their websites. When the youngsters landed on the sites, the 42-year-old Hendrix and his criminal colleagues showed them pre-recorded sexual videos of prior victims to make the new victims think they were chatting with their peers.

Once lured to the websites, the criminals—masquerading as teens—used sophisticated psychological tactics to coerce many of the children to engage in sexually explicit activity using the cameras on their tablets, smartphones, and desktop computers—all of which the adults recorded.

“Hendrix was one of several main members of the conspiracy,” said Special Agent Paul Cha of the FBI’s Violent Crimes Against Children Section. “Pedophiles are very active online,” he said. “Their numbers are vast, and their reach is extensive. They track children’s activities. When they realized how popular chat sites are with children, they found a way to exploit it.”

The FBI-led investigation, dubbed Operation Subterfuge, has thus far resulted in the conviction of eight others besides Hendrix, with average prison sentences ranging between 18 and 21 years. Cha explained that most of the children caught up in the exploitation had no idea they had been victimized.

The majority of the victims were American, but victims were also located in Canada and several other countries. Because of the large number of children impacted, investigators enlisted the help of the FBI’s Office for Victim Assistance to inform parents about the crimes and to offer assistance. When contacted by the FBI, Cha said, “Many of the parents were in complete shock.”

The victims and their families came from all social and economic backgrounds, according to Special Agent Daniel Johns, an Operation Subterfuge investigator. “There were victims who came from good homes with very active, stable parents.”

Pedophiles are experts at grooming and coercing youngsters, Johns said, and sometimes as many as 20 adults posing as teens were on the websites, manipulating children. “Their coercive tactics—that constant barrage on a child’s mind—succeeded in breaking down their barriers,” he said. “These tactics have been perfected by predators to make a child feel bad. And the adults were all working together. In a lot of cases, the kids really didn’t stand a chance.”

Johns, a veteran child exploitation investigator, said this case represented a level of sophistication on the part of pedophiles he has never seen before. “From creating their own website to giving that website the ability to record the criminal activity and then to be able to download it—along with the sophistication, coordination, and grooming to be able to break down all the child’s barriers—is disconcerting.”

Increasingly, children of all ages own or have access to devices that allow them to get online. Johns urges parents to follow a few simple rules when it comes to social networking sites and Internet usage in general for children: “Tell your kids that if they haven’t met the person in real life, they shouldn’t be friends online,” he said, adding, “Limit your child’s device usage to common areas of the household, and store those devices in your bedroom at night.”