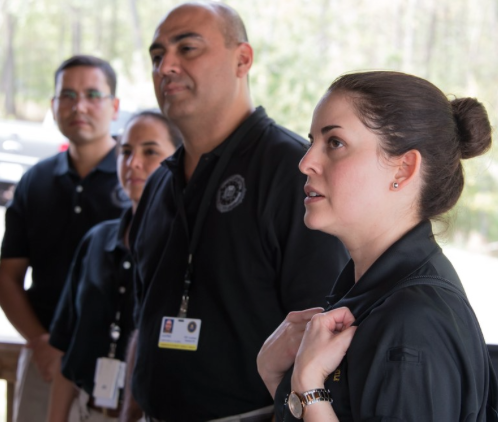 Martha Anta (right), a linguist in our San Antonio Field Office, interprets for the Spanish-speaking CACIE participants who did not speak English.

For some Central American and U.S. participants in an FBI-led training program to combat the threat of transnational gangs, there may have been a considerable language barrier if not for the Bureau interpreters on hand to provide a verbal lifeline.

Although not technically members of the Central American Community Impact Exchange (CACIE) program, the four interpreters from our Language Services Section who recently took part in the two-week session were instrumental to the group’s success, ensuring that the police officers, pastors, social workers, and community activists from Honduras, Guatemala, El Salvador, Belize, Costa Rica, Panama, and the U.S. were all on the same page.

A fundamental goal of CACIE is to facilitate an international coalition between law enforcement and communities to fight violent transnational gangs like MS-13 and 18th Street. The ability for partners from different countries to communicate—to share information and ideas—is central to that goal. 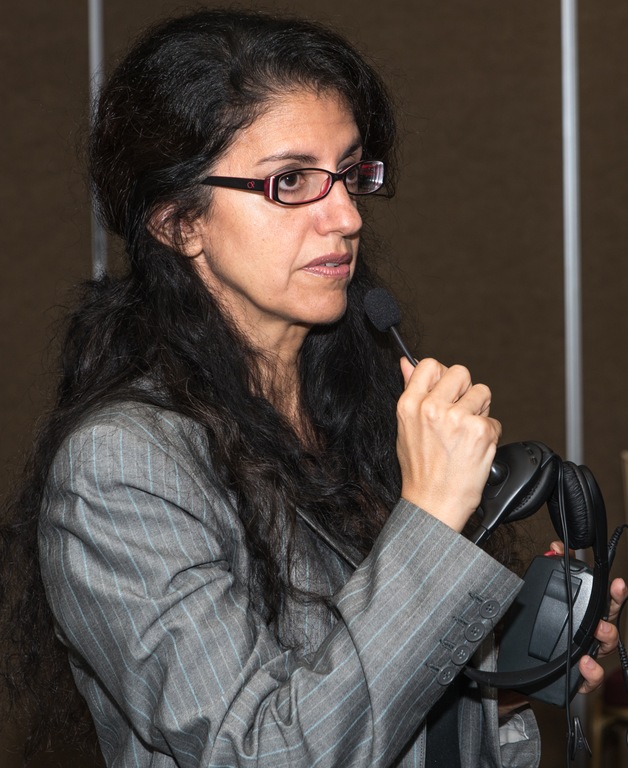 Lillian Atdjian, a language specialist in our Jacksonville Division, was one of four FBI interpreters who assisted the CACIE group during its two-week training program.

During presentations, participants who were not bilingual wore headsets to listen to an interpreter translating between English and Spanish. In the field, the linguists—whose regular assignments support a variety of FBI investigations—kept the dialogue flowing while the group toured neighborhoods and police stations in North Carolina and Guatemala learning about programs designed to keep young people out of gangs.

“What set this apart from our usual work is that it involved community leaders as well as law enforcement,” said Ana Lahr, a linguist in our Pittsburgh Division who, like the other CACIE interpreters, volunteered for this assignment. “We had the privilege of interacting with all the participants and listening to their unique perspectives,” she explained. “Everyone was passionate about the work they do.”

Typically, interpreters try to be “invisible” and simply convey the speaker’s message, said Martha Anta, a linguist in our San Antonio Field Office. But hearing about the challenges CACIE participants face in their communities drew them all closer, she added. “It was extremely gratifying to be part of such a heartfelt group.”

The linguists were never really off-duty. Training days sometimes stretched beyond 12 hours, and their interpreting skills were also needed for after-hours tours and meals. As a result, said Lillian Atdjian, a language specialist in our Jacksonville Division, “we became members of the group.”

Thanks to the interpreters’ efforts, noted CACIE participant Nick Hullinger, “the whole group was able to quickly move forward together. Their abilities made it easy for everyone to communicate and to bond.” Hullinger, a Spartanburg (South Carolina) County Sheriff’s Office deputy and member of an FBI Safe Streets Task Force, added that the language barrier posed little problem for the group.

There were emotional moments when it was difficult to interpret, said Sabrina Jennings, a language analyst in our Houston Field Office. During a meeting with at-risk youth in Durham, North Carolina, for example, a young boy talked about not having a father or father figure in his life. “As a male counselor told the young boy to stand up and proceeded to hug him, I found it difficult to maintain my composure as I watched people in the audience crying,” Jennings recalled. “I kept interpreting with watery eyes and a lump in my throat.”

Just like the CACIE participants, she added, “the interpreters don’t simply walk away from an assignment like this. We all spent two weeks together, shared so much, and learned from each other. We all became friends.”

Series ends with a look at how communities are working to fight gangs.