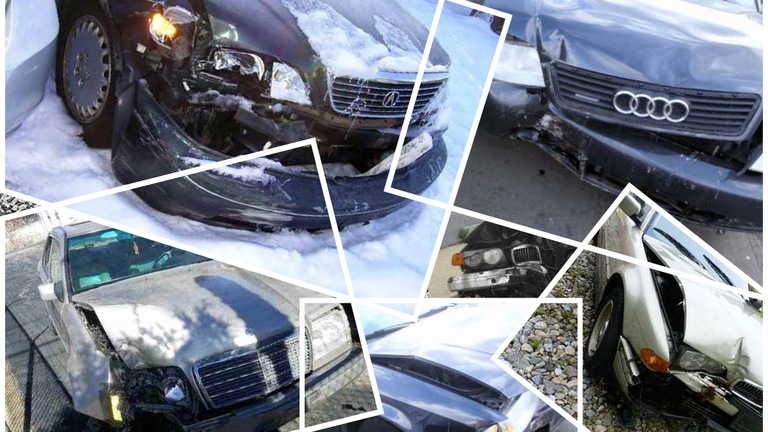 These vehicles were among those involved in more than 50 car crashes staged by a group of Connecticut residents to collect insurance money.

After an autumn evening of drinking and using drugs in 2013, a group of friends got into an Audi A6 and drove to the remote Wilderness Road in Norwich, Connecticut. The car slid off the road, hitting a tree.

Everyone in the car survived, but this seemingly typical crash was no accident.

Despite their impairment, the driver and passengers had purposely planned the crash to collect the insurance money. It was one of many crashes that a group of Connecticut residents were connected to over several years—contributing to higher car insurance premiums for all drivers and wasting public resources like ambulance responses.

In the October crash, driver Mackenzy Noze got out of the Audi and drove away in a getaway car, while his friend, Jacques Fleurijeune, climbed into the driver’s seat of the damaged Audi and called 911. Fleurijeune told police he had hit the tree while swerving to avoid a deer—though no witnesses or police ever saw the alleged deer.

The four passengers were all taken to the hospital and eventually received insurance settlements for their injuries, which were fake. Fleurijeune also received payment for the value of the car, and others in the car gave some or all of their injury payouts to Noze and Fleurijeune.

This scenario played out numerous times with various combinations of co-conspirators from 2011 through 2014, with insurance companies paying out $10,000 to $30,000 per crash in about 50 crashes. Many of them happened under similar circumstances—late-night, single-car crashes on remote roads without witnesses. In the fall, the drivers would claim to have swerved hitting a deer. In the winter, they said they lost control on a snowy street. To up their payout, they used older, European cars, which tend to hold their value over time.

For the insurance companies, these repeat crashes raised red flags. So the National Insurance Crime Bureau (NICB), a non-profit organization that serves as a liaison between law enforcement and insurance companies, shared crash data with the FBI and the U.S. Attorney’s Office for the District of Connecticut. The NICB’s suspicious accident data helped investigators hone in on the worst offenders. 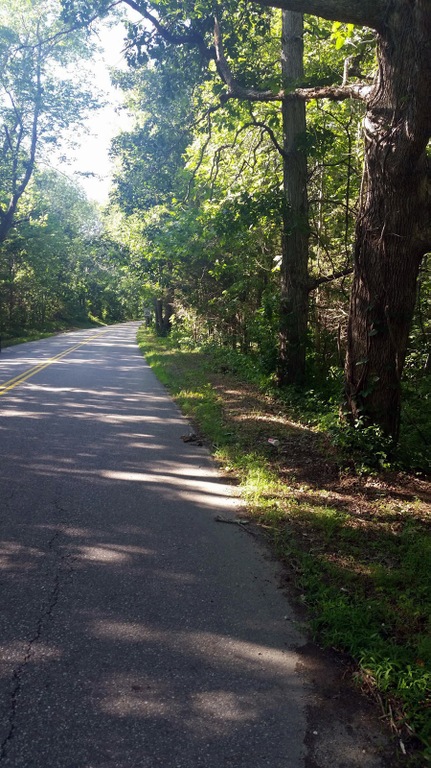 The group often used rural sites—such as this one on Green Hollow Road in Killingly, Connecticut—to stage the car accidents.

“It was just a good, old-fashioned case, conducting interviews and reviewing documents—such as police reports and insurance company records—looking for patterns,” said Special Agent Daniel Curtin, who investigated the case out of the FBI’s New Haven Division. “With a lot of these staged crashes, the fraudsters made interstate telephone calls to file the insurance claims, and the calls were recorded, forming the foundation for many of the wire fraud counts.”

Noze, 33, the group’s ringleader, was convicted of conspiracy to commit mail and wire fraud and sentenced last month to four years in prison. Six others, including Fleurijeune, have been charged and convicted.

While insurance fraud may seem to be a victimless crime, that’s far from the case.

Estimates show car insurance fraud costs the average policyholder about $300 per year in higher premiums, according to NICB Supervisory Special Agent John Gasiorek, who assisted the FBI with the investigation.

Additionally, staged accidents are a safety hazard, both to those involved and other drivers. While in this ring, the conspirators generally did not involve other motorists, criminals sometimes do stage accidents involving unsuspecting drivers.

“You never know who’s going to come around the corner. You could hit an innocent person. It’s really a public safety issue,” Gasiorek said, noting that even willing participants in the staged accidents are unexpectedly injured.

“When insurance companies pay fraudulent claims, everyone’s premiums go up,” Curtin said. “More importantly, the staged crashes pose risks to first responders. You had police officers and EMTs rushing to crash scenes. The wasted time of medical professionals was also a concern with ER doctors and nurses treating these fraudsters for non-existent injuries. It took time away from other patients who really needed medical attention.”

At least in the local region, Curtin said word has gotten out that law enforcement is working these cases and bringing perpetrators to justice.

“The insurance companies have said that suspicious claims, especially those involving single-car accidents on remote roads, are down in southeastern Connecticut,” Curtin said. “They’re not seeing these types of suspicious accidents because this case has sent a message.”

Could Your Fender Bender Have Been Staged? Tips from the NICB

Staged accident fraudsters sometimes target innocent drivers in their dangerous schemes. If you think your car accident has been staged, the NICB suggests:

A father and son who headed up two Chicago-area tutoring companies were sentenced to federal prison for running a scam that short-changed low-income students in more than 100 school districts around the nation.