Con Artist Gets His Due 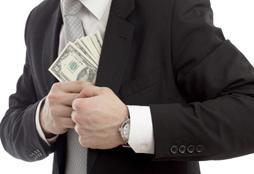 There’s no limit to how low con artists will go to swindle victims out of their money—often targeting the elderly,the terminally ill, homeowners on the brink of losing their homes, even the lonely looking for companionship online.

Here’s another category of victims to add to that list: members of religious communities who spend their lives tending to the sick and the poor.

Earlier this month, a New Jersey man was sentenced to 18 years in prison for defrauding members of the Puerto Rico-based Dominican Sisters of the Rosary of Fatima and others of more than a million dollars. He was also ordered to pay $1 million in restitution to his victims.

The scheme began back in 2009, when Adriano Sotomayor—born in Puerto Rico—obtained names and telephone numbers of certain Roman Catholic nuns and priests on the island…including an elderly nun from the Sisters of Fatima. Claiming to be a New Jersey priest, he called and said a deceased member of his parish community had named her the beneficiary of a $2.1 million estate. Sotomayor also told the nun that before receiving her funds, she had to wire money to the company handling the will—a New Jersey-based business called Flex Account—to cover various taxes, processing, and legal fees.

Of course, none of it was true. There was no deceased parishioner, no will, and no company called Flex Account. It was simply a con man working an angle. Unfortunately, it was believable enough to the nun, and the Sisters of Fatima thought they could use the money from the will to develop a religious community in Haiti.

There was just one problem…the nun had little money of her own and couldn’t afford all the advance fees. So she borrowed money from Sisters of Fatima members, family, and friends in Puerto Rico and Pennsylvania (where the sisters also had a presence), then wired the money—per Sotomayor’s instructions—to various locations in the Atlantic City area. Many of the transfers went to casinos—Sotomayor was known to be a gambler—and were picked up by individuals working for him. And the nun gave the wiring instructions to her acquaintances willing to loan her money; they in turn sent their shares to those same places.

Turns out, it wasn’t enough. Soon, Sotomayor began telling the nun that there were problems with the will, including a legal challenge by the deceased’s son, and additional money was needed to avoid lawsuits. He threatened her with media attention and law enforcement action if she didn’t send more money.

In an effort to expand the scheme even further, Sotomayor contacted individuals who had already wired money on behalf of the nun and told them if they sent additional money, they could get a portion of the will proceeds themselves.

But eventually the FBI—after receiving a complaint about a possible fraud scheme victimizing nuns and others—was able to uncover the breadth of the scheme and identified Adriano Sotomayor as the man behind it. Though he fled the day after being indicted, the FBI captured him in Las Vegas.

The most important lesson to be learned from this case? Do your homework before parting with your hard-earned money. See our sidebar for tips on how to avoid becoming a victim of fraud.

Don’t Become a Victim of a Con Artist

Man suspected in at least a dozen robberies in four states known as the Loan Ranger Bandit.