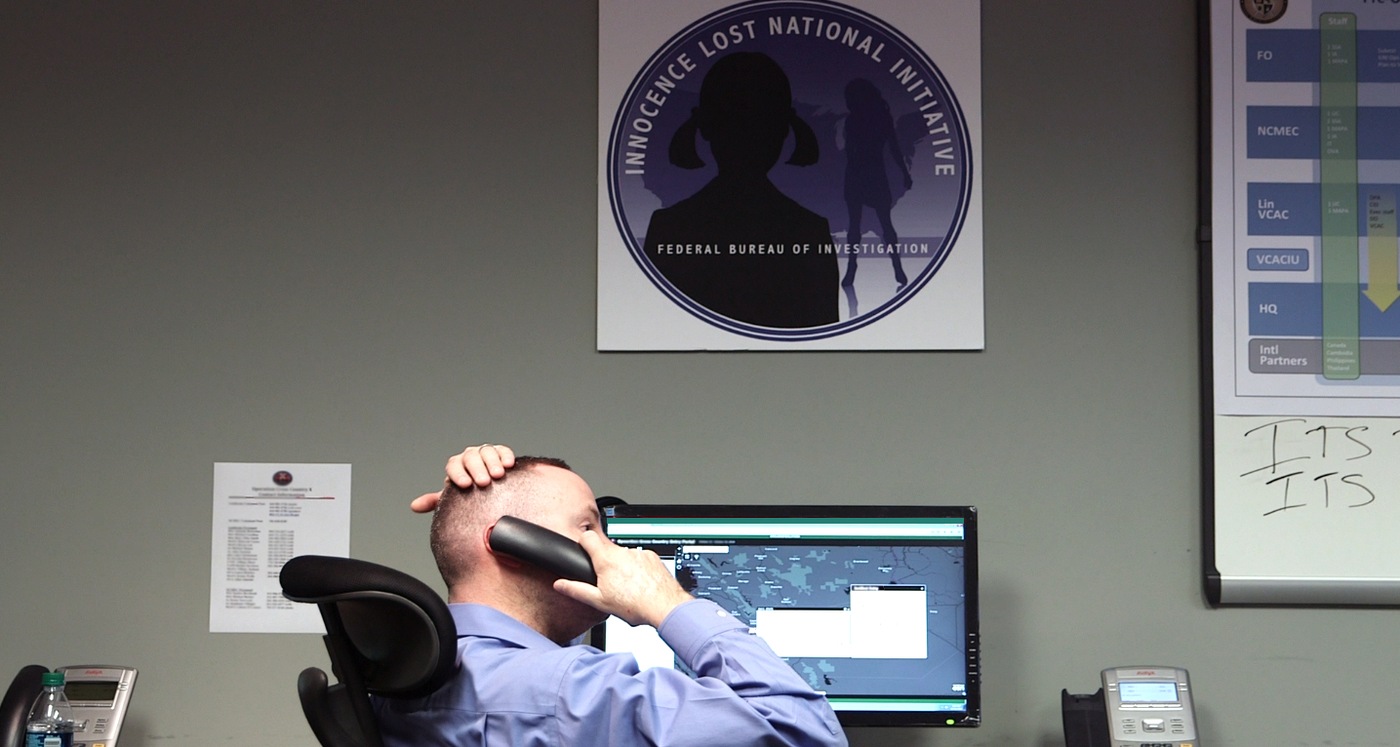 An investigator in the FBI's Violent Crimes Against Children Unit works at a command post in Maryland during a rescue operation last summer.

The disappearance of a Virginia teenager—and her successful rescue, within days, hundreds of miles away—provides a glimpse into the FBI’s role when kids go missing and are believed to be in danger.

Police were called when the girl was believed missing, setting in motion an intense process that relies on the resources, expertise, and partnerships of local, state, and federal agencies, including the FBI. Also alerted was the non-profit National Center for Missing & Exploited Children (NCMEC), which last year assisted with more than 20,500 cases of missing children—90 percent of them endangered runaways.

Having determined the girl might be endangered—susceptible to human trafficking, child prostitution, or possibly the victim of abduction—local police referred the case to special agents in the FBI’s Washington Field Office (WFO). It was a smooth transition because the agencies work cases together on the region’s Child Exploitation and Human Trafficking Task Force.

“We have a robust task force that includes most of the local agencies,” said Ray Duncan, assistant special agent in charge of the WFO Criminal Division.

Once reported, the missing girl’s description was entered into the FBI’s National Crime Information Center (NCIC), an index of criminal justice information available to every law enforcement agency in the country. Last year, there were 465,676 reports of missing kids, according to NCIC, which automatically notifies NCMEC when kids go missing. While not all NCIC reports necessitate federal involvement, the FBI is the lead investigative agency if a missing juvenile is in danger or when children 12 or under disappear.

“Then we will try to step in as soon as possible because we believe those kids are clearly endangered,” said Special Agent Rob Bornstein, who supervises WFO’s Crimes Against Children squad. “Timing is critical. The earlier we get involved the better.”

In the Virginia case, agents and analysts traced the juvenile’s actions from the moment she arrived home from school, dropped off her backpack, and left the house again. Investigators coordinated with local and regional public transit agencies to collect video footage of the girl’s movements across the region, and then out of the state. They were able to determine that the girl had been sent a bus ticket, which revealed her destination—more than 1,000 miles away from home. The ticket ultimately led to the identity and location of a subject. Using other sophisticated techniques, the FBI was able to locate the subject that led to the missing child.

WFO investigators, including one of the Bureau’s specialized Child Abduction Rapid Deployment Teams, reached out to FBI agents in the field, as well as local authorities, to rescue the girl and make the arrest.

“We leverage our 56 field offices across the country—and our 64 legal attachés around the world—to work as a force multiplier.”

“That’s why this worked so well,” said Timothy Slater, special agent in charge of the Criminal Division at WFO. “We leverage our 56 field offices across the country—and our 64 legal attachés around the world—to work as a force multiplier. The amount of resources we bring to bear is intrinsic to solving these cases quickly. If we develop information that is outside our area of responsibility, we can contact our agents there to assist.”

The number of reports of missing kids last year rose by about 5,000, according to NCIC figures. Investigators said the confluence of kids using cell phones and their easy access to social media has made them more susceptible to predators.

The number of children reported missing has declined significantly since NCMEC was established in 1984 following the 1981 abduction of Adam Walsh, founder John Walsh’s 6-year-old son. Robert Lowery, vice president of the Virginia-based agency’s Missing Children Division, said reports of brazen abductions have gone down significantly over the years, largely replaced by online predators.

“There are bad people out there trying to prey on children,” said Bornstein, adding that advances in technology, including encryption, are making it harder to find the bad guys. Parents, meanwhile, just want to keep their kids safe while “there are more and more ways for parents not to know what their children are up to,” Bornstein said. This underscores the importance for parents to know who their children are communicating with, what they are posting, and what they are looking at on the Internet.

NCMEC encourages responsible use of social media—rather than fully restricting it, which may have a counter-effect—and honest communication between parents and their kids.

“The key to that is we want parents to not be judgmental with their children if they bring something to their attention,” Lowery said. “Sometimes there’s a propensity for parents to be judgmental and blame the child for inappropriate conversation when, in fact, these offenders have set the stage for that conversation.”

Investigators say resolve and relationships with law enforcement partners play a big role in the Washington Field Office’s success rate in recovering missing kids. “We have a lot of priorities in the Criminal Division,” said Slater. “But crimes against children are among our highest priorities because these crimes play on the moral fabric of our society.”

Many kids, however, remain missing. According to NCMEC, which assists law enforcement and families with missing child cases, about 18,500 of the missing children in 2016 were runaways, who may not want to be found. Posters featuring images and descriptions of missing kids can be found on the FBI website and at missingkids.org, NCMEC’s website. If you think you have seen a missing child, contact NCMEC at 1-800-843-5678 or contact your local FBI field office.

“There are more and more ways for parents not to know what their children are up to.”

May 25 is National Missing Children’s Day, which was established after the May 25, 1979 disappearance of Etan Patz, a 6-year-old New York City boy. His disappearance on the way to school drew national attention to the problem of child abductions. The case remained unsolved for years. His confessed killer, Pedro Hernandez, was found guilty on murder and kidnapping charges earlier this year and sentenced last month to life in prison.

In partnership with the Chicago Police Department, the FBI has undertaken significant measures to address the city’s extreme gun violence, which has been described as an epidemic.

The FBI joined the nation in paying tribute to fallen officers this week, including seven agents whose deaths have been linked to their 9/11 response work.