FBI and Partners Working to Combat This Cyber Threat 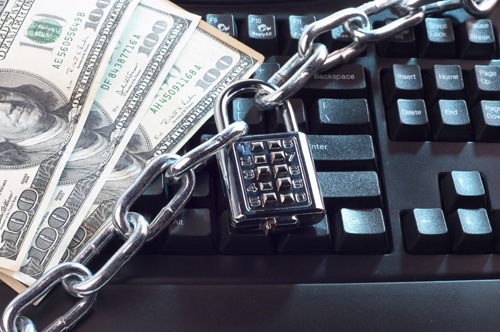 Your computer screen freezes with a pop-up message—supposedly from the FBI or another federal agency—saying that because you violated some sort of federal law your computer will remain locked until you pay a fine. Or you get a pop-up message telling you that your personal files have been encrypted and you have to pay to get the key needed decrypt them.

These scenarios are examples of ransomware scams, which involve a type of malware that infects computers and restricts users’ access to their files or threatens the permanent destruction of their information unless a ransom—anywhere from hundreds to thousands of dollars—is paid.

Ransomware doesn’t just impact home computers. Businesses, financial institutions, government agencies, academic institutions, and other organizations can and have become infected with it as well, resulting in the loss of sensitive or proprietary information, a disruption to regular operations, financial losses incurred to restore systems and files, and/or potential harm to an organization’s reputation.

Ransomware has been around for several years, but there’s been a definite uptick lately in its use by cyber criminals. And the FBI, along with public and private sector partners, is targeting these offenders and their scams.

When ransomware first hit the scene, computers predominately became infected with it when users opened e-mail attachments that contained the malware. But more recently, we’re seeing an increasing number of incidents involving so-called “drive-by” ransomware, where users can infect their computers simply by clicking on a compromised website, often lured there by a deceptive e-mail or pop-up window.

Another new trend involves the ransom payment method. While some of the earlier ransomware scams involved having victims pay “ransom” with pre-paid cards, victims are now increasingly asked to pay with Bitcoin, a decentralized virtual currency network that attracts criminals because of the anonymity the system offers.

Also a growing problem is ransomware that locks down mobile phones and demands payments to unlock them.

The FBI and our federal, international, and private sector partners have taken proactive steps to neutralize some of the more significant ransomware scams through law enforcement actions against major botnets that facilitated the distribution and operation of ransomware. For example:

If you think you’ve been a victim of Cryptolocker, visit the Department of Homeland Security’s U.S. Computer Emergency Readiness Team (CERT) CryptoLocker webpage for remediation information.

The FBI—along with its federal, international, and private sector partners—will continue to combat ransomware and other cyber threats. If you believe you’ve been the victim of a ransomware scheme or other cyber fraud activity, please report it to the Bureau’s Internet Crime Complaint Center.

A fairly new ransomware variant has been making the rounds lately. Called CryptoWall (and CryptoWall 2.0, its newer version), this virus encrypts files on a computer’s hard drive and any external or shared drives to which the computer has access. It directs the user to a personalized victim ransom page that contains the initial ransom amount (anywhere from $200 to $5,000), detailed instructions about how to purchase Bitcoins, and typically a countdown clock to notify victims how much time they have before the ransom doubles. Victims are infected with CryptoWall by clicking on links in malicious e-mails that appear to be from legitimate businesses and through compromised advertisements on popular websites. According to the U.S. CERT, these infections can be devastating and recovery can be a difficult process that may require the services of a reputable data recovery specialist.

Protect Your Computer from Ransomware

Director Comey discussed the Bureau’s current priorities as well as collective issues facing the law enforcement community as a whole.