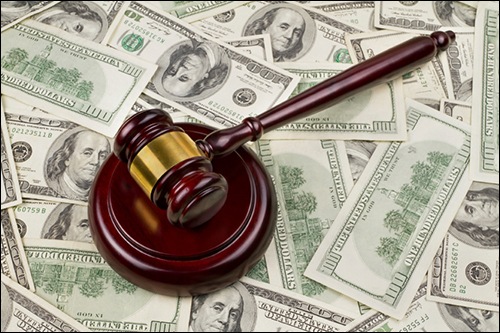 In a case that exposed widespread corruption in a South Texas county’s judicial system—reaching all the way to the district attorney’s office—a former state judge was recently sentenced to six years in prison for taking bribes and kickbacks in return for favorable rulings from his bench.

Abel Limas, 59, a lifelong resident of Brownsville, Texas, served as a police officer and practiced law before becoming a state judge in Cameron County in 2001. He served eight years on the bench, during which time he turned his courtroom into a criminal enterprise to line his own pockets.

“The depth of the corruption was shocking,” said Mark Gripka, a special agent in our San Antonio Division who was part of the team that investigated the case. “What was more shocking was how cheaply Judge Limas sold his courtroom—$300 here, $500 there—in return for a favorable ruling.”

There was plenty of big money involved as well. Limas received more than $250,000 in bribes and kickbacks while he was on the bench. He took money from attorneys with civil cases pending in his court in return for favorable pre-trial rulings, most notably in a case involving a Texas helicopter crash that was later settled for $14 million. Referring to an $8,000 payment Limas received in that case, our investigators listened on the telephone as he described the cash to an accomplice as eight golf balls. “Their code language didn’t fool anybody,” Gripka said.

Evidence also showed that Limas made a deal with the attorneys in the helicopter crash case to become an “of counsel” attorney with the firm. He was promised an advance of $100,000 and 10 percent of the settlement—all while the case was still pending in his court.

Over a 14-month period beginning in November 2007, investigators used court-authorized wiretaps to listen to the judge’s phone calls. “That’s when we really learned the scope of what he was doing,” Gripka explained. The judge’s nearly $100,000 annual salary was not enough to support his lifestyle, which included regular gambling trips to Las Vegas.

In 2010, when Limas was faced with the overwhelming evidence against him, he began to cooperate in a wider public corruption investigation—and our agents learned that the Cameron County district attorney at the time, Armando Villalobos, was also corrupt. The investigation showed, among other criminal activities, that Villalobos accepted $80,000 in cash in exchange for taking actions that allowed a convicted murderer to be released for 60 days without bond prior to reporting to prison. The murderer failed to report to prison and remains a fugitive.

Limas pled guilty to racketeering in 2011. By that time, he had helped authorities uncover wide-ranging corruption in the Cameron County judicial system. To date, 10 other defendants have been convicted by a jury or pled guilty as part of the FBI’s six-year investigation, including a former Texas state representative, three attorneys, a former investigator for the district attorney’s office, and Villalobos, who is scheduled to be sentenced next month on racketeering, extortion, and bribery charges.

“During the course of this investigation, we interviewed over 800 people, including many local attorneys in Cameron County,” Gripka said. “We hope this case shows everyone that the government will not tolerate officials who violate the public trust. Fighting public corruption is a priority for the FBI,” he added, “and it is something we take very seriously.”

A pilot program targeting Internet crime was recently launched by the FBI’s Internet Crime Complaint Center (IC3) and the state of Utah.