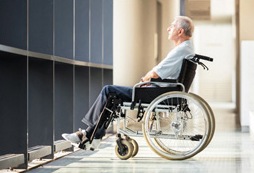 It was a despicable scheme—stealing identities of terminally ill individuals to fraudulently obtain millions of dollars from insurance companies and bond issuers.

Attorney Joseph Caramadre, president and CEO of his own estate planning company in Rhode Island—along with Raymour Radhakrishnan, an employee—pled guilty earlier this month in federal court to conspiracy to commit identity theft and wire fraud.

Caramadre recruited investors by falsely telling them he found a loophole that permitted the use of terminally ill patients as annuitants on annuities and co-owners on brokerage accounts used to purchase death put bonds. He then entered into profit-sharing agreements with them, but received a significant percentage of the profits himself.

FieldFinancial Instruments Misused in the Scam

- Variable annuities: Investments akin to mutual funds with death benefits. These death benefits include a guaranteed return of all money invested plus a guaranteed profit—even if the market went down—and various other bonuses and enhancements upon the death of the person named as the annuitant.

- Death put bonds: Corporate bonds with survivor options purchased through a brokerage account. Under the terms of these bonds, the owner of a bond is able to redeem it at face value years or even decades prior to the bond’s maturity date upon the death of the bond’s co-owner.

The financial success of Caramadre’s schemes depended entirely on the imminent death of the person named as the annuitant or co-owner.

The ads purchased by Caramadre were especially fruitful…in them, he claimed to be a philanthropist and offered the terminally ill a few thousand dollars to assist with their funeral expenses. The ads also got him access to hospice care facilities, nurses, and social workers who could spread the word about his offer.

Radhakrishnan would visit patients and their families to supposedly determine whether they qualified for the donation, but he was actually assessing their life expectancies…the shorter the time, the better for the scheme.

Patients who accepted Caramadre’s cash offer were asked to sign a document, ostensibly because the philanthropist needed it for tax records, but in reality it was so their signatures could be forged later on. Sometimes, they were asked to sign signature pages from actual annuity and brokerage account applications that were disguised as something else. Sometimes, they were told that actual accounts would be open, but that all profits would go to other terminally ill people. And they were always asked for personal information, like Social Security numbers, birthdates, driver’s license numbers, etc.

Once armed with the fraudulently obtained identity information, Caramadre purchased annuities and death put bonds. And both he and Radhakrishnan took numerous steps to deceive the insurance companies and brokerage houses to hide Caramadre’s true ownership interest.

Caramadre’s scheme went on for about 15 years—from 1995 to 2010—until some of the insurance companies and brokerage houses he defrauded filed complaints and investigators with the FBI, U.S. Postal Inspection Service, Internal Revenue Service, and U.S. Attorney’s Office began looking into the matter.

Lesson to be learned. If you or a family member is suffering, physically or financially, don’t make quick business decisions…you still need to do your due diligence.

The FBI vigilantly investigates cases of industrial espionage and theft of intellectual property, but the Bureau also places great emphasis on preventing such crimes by educating industry on ways to keep trade secrets safe. One such innovative program in North Carolina’s Research Triangle is a collaborative effort with other federal partners called RED DART.