Who was One Chemical Away from Building a Bomb 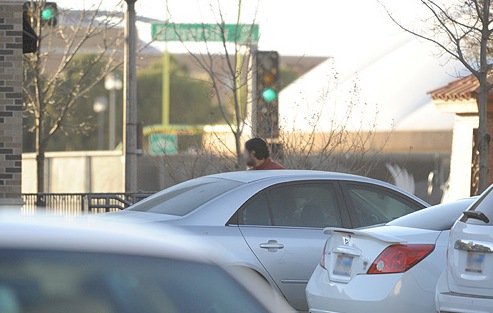 But Khalid Ali-M Aldawsari’s deadly plans began to unravel when a shipping company’s suspicions were raised—illustrating once again how the FBI relies on private industry and the general public in the fight against terror.

In early February 2011, a Lubbock shipping firm received a package from a North Carolina chemical company containing 10 bottles of phenol intended for Aldawsari. Combined with just two other chemicals, phenol can be used to make a potent explosive. Delivering such poisonous chemicals to an individual’s home is not common, so the shipping company contacted the North Carolina firm. Both decided that the phenol should not be delivered and that local law enforcement should be alerted. A Lubbock Police Department officer was called to the scene.

“That officer and his supervisor—because of their relationship with the FBI (see sidebar)—decided that this was something we needed to know about,” said Special Agent Frazier Thompson, who works in our Dallas Division. “Our initial focus was to identify Aldawsari to see if he had a legitimate reason for purchasing phenol.”

The FBI depends on private industry and the general public to help fight terrorism. Weapons of mass destruction coordinators in each of the 56 FBI field offices, along with other agents, regularly meet with representatives from industry and academic institutions, public health officials, local law enforcement, and first responders to raise awareness about threats to our national security.

These efforts are known as setting tripwires, and the intent is to establish an early-warning network where those closest to an emerging situation—such as the Lubbock shipping company in the Aldawsari case—are aware of potential risks and are prepared to inform the FBI when suspicions are raised.

“If not for those established tripwires and the liaison with the local police department—and them making the right decision to notify the FBI—I shudder to think what might have happened in the Aldawsari case,” said Special Agent Frazier Thompson. “If Aldawsari was able to get the phenol, there is no doubt in my mind he would have manufactured a very potent explosive device.”

Thompson added, “Establishing and maintaining tripwires is critical to our national security, and the cooperation we received across the board on the Aldawsari case proved it.” 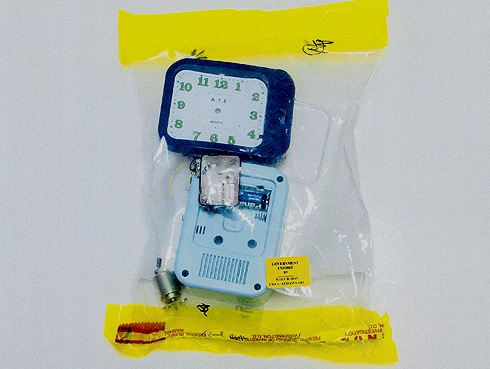 Evidence of Aldawsari’s attempts to fashion timers and initiating devices.

In a matter of days, members of our North Texas Joint Terrorism Task Force learned that although Aldawsari had once been a chemical engineering student at Texas Tech, he was no longer enrolled there and had no affiliation with the university.

“He was trying to pass himself off as a Texas Tech student doing research on cleaning products,” said Special Agent Mike Orndorff, who worked the investigation. “Those credentials, if legitimate, would have allowed him to buy the phenol.”

Most alarming was that Aldawsari had already purchased the two other chemicals needed to make his bomb, along with test tubes, beakers, and protective gear. Through covert operations, investigators learned he had disassembled clocks and cell phones and stripped the wires off Christmas lights in apparent attempts to fashion timers and initiating devices.

“His apartment bedroom was basically a storage room where he kept his chemicals and equipment,” Thompson said. “He was sleeping in the living room on the couch or the floor.”

The investigation revealed troubling things about Aldawsari, who had come to the U.S. legally in 2008 on a student visa. “Based on evidence from the Internet and his journal entries,” Thompson said, “Aldawsari was radicalized before he ever came to the United States. It appears he started planning this attack when he was a teenager and sought a scholarship to study specifically in America.”

By this point, surveillance teams were monitoring Aldawsari around the clock. “He was searching online for large targets such as dams and electrical plants,” Thompson said. He also searched for ways to conceal explosives in baby dolls and carriages and even sought the Texas address of former President George W. Bush.

On February 23, 2011, after agents were certain that Aldawsari was working alone, he was arrested and charged with attempted use of a weapon of mass destruction. In November, after being convicted by a jury, he was sentenced to life in prison.

“Aldawsari wanted to take out a lot of people,” Thompson said. “It scares me to think what might have happened if we hadn’t stopped him.”

It was a despicable scheme—stealing identities of terminally ill individuals to fraudulently obtain millions of dollars from insurance companies and bond issuers.