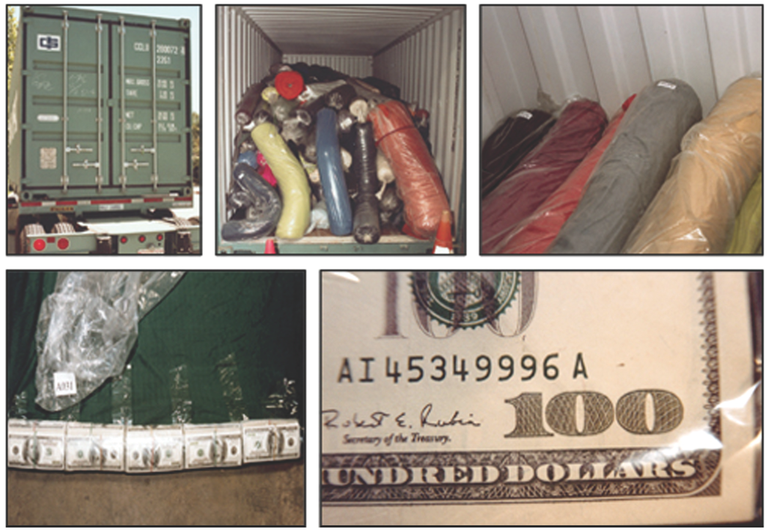 Charges against the subjects included smuggling real and phony drugs and other contraband into the U.S., along with counterfeit $100 bills.

The judge who recently sentenced Yi Qing Chen noted that the smuggler “never saw a criminal scheme he didn’t want a part of.” The Southern California man was convicted last October of distributing methamphetamine, trafficking approximately 800,000 cases of counterfeit cigarettes, and conspiring to import Chinese-made shoulder-fired missiles into the U.S.

Chen is now serving a 25-year prison sentence, and his case marks the end of a long-running investigation called Operation Smoking Dragon.

Smoking Dragon and a related case in New Jersey called Operation Royal Charm led to the indictment of 87 individuals from China, Taiwan, Canada, and the U.S. The investigations uncovered—and dismantled—an international smuggling ring that could have threatened the country’s national security.

Charges against the subjects included smuggling real and phony drugs and other contraband into the U.S. along with counterfeit $100 bills—believed to have been produced in North Korea—that were so nearly perfect and so much more sophisticated than typical counterfeit currency they were dubbed “Supernotes.”

“One of the most important things about Operation Smoking Dragon was that it demonstrated the broad range of international criminal activity conducted by today’s Asian organized crime groups,” said Special Agent Bud Spencer, who worked the case in our Los Angeles office.

To coordinate arrests in the Operation Royal Charm case, agents came up with a clever ruse. Because many of the subjects lived outside the U.S., they were invited to a wedding aboard a yacht docked near Atlantic City, New Jersey. They were sent real invitations, but the wedding was a fake. When several of the individuals showed up for “transportation” to the ceremony, they were promptly arrested.

The Royal Charm and Smoking Dragon investigations were led by the FBI, but we had substantial assistance from partners including the Bureau of Alcohol, Tobacco, Firearms, and Explosives; U.S. Immigration and Customs Enforcement; and the U.S. Secret Service.

The eight-year investigation began when FBI undercover agents, posing as underworld criminals, helped make sure that shipping containers full of counterfeit cigarettes made it past U.S. Customs officers undetected. Over time, as undercover agents won the smugglers’ trust, they were asked to facilitate other illegal shipments such as narcotics and millions of dollars in Supernotes. Later, the smugglers offered a variety of Chinese military-grade weapons, including the QW-2 surface-to-air missiles.

Some of the drugs—including methamphetamine and fake Viagra—were hidden in large cardboard boxes with false bottoms that contained toys. The Supernotes were placed between the pages of books or lined in large bolts of rolled-up fabric. All of the items were smuggled into the U.S. in 40-foot shipping containers.

Between Smoking Dragon and Royal Charm, some $4.5 million in counterfeit currency was seized, along with more than $40 million worth of counterfeit cigarettes, drugs, and other real and phony items. The smugglers were also forced to forfeit a total of $24 million in cash, along with real estate, cars, and jewelry.

Most of the defendants were indicted in 2005 and have since pled guilty or been convicted. Chen was the final defendant to be sentenced relating to Operation Smoking Dragon. His was the nation’s first conviction under a 2004 anti-terrorism statute that outlaws the importation of missile systems designed to destroy aircraft.

“There is only one purpose for shoulder-fired missiles like the QW-2, and that is to bring down aircraft,” said Special Agent Omar Trevino, who worked the case from the beginning. “Smoking Dragon dismantled an international smuggling ring, and it illustrated that organized crime groups will stop at nothing to make a profit.”

Mark Aveis, an assistant United States attorney in Los Angeles who prosecuted the Chen case, agreed with Agent Trevino. “Chen and his associates didn’t care what they smuggled as long as they made money,” he said. “This case highlights the FBI’s ability to carry out successful long-term undercover investigations—and the continuing need for such investigations.”

Artifacts seized in a 2006 investigation were returned to the government of Iraq.

June was a particularly busy month for rooting out officials who violate the public trust.