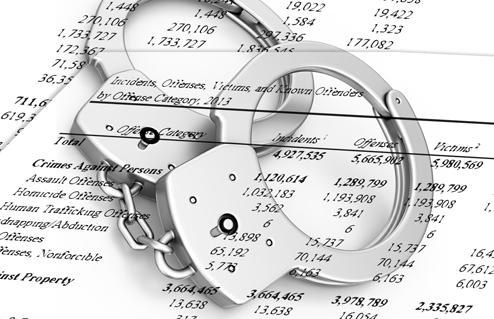 “I believe that NIBRS is the pathway to better data—to richer data—that we can all use to have informed conversations about the most important issues we face.”

That statement by FBI Director James Comey regarding the FBI Uniform Crime Reporting Program’s National Incident-Based Reporting System, or NIBRS, was part of a speech he delivered recently to the National Organization of Black Law Enforcement Executives on the topic of law enforcement and race. To help address the issue more effectively, Comey called for better reporting of incidents where force is used by—as well as against—police. He noted that current demographic data regarding officer-involved shootings is not consistently reported to the FBI’s Uniform Crime Reporting (UCR) Program because reporting is voluntary for police departments.

The desire to enhance the quality and quantity of the crime data collected throughout the nation is not new. Back in the 1980s, the Bureau—working directly with our law enforcement partners to help us improve UCR—took advantage of a rapidly changing data processing environment to create a system that would capture more detailed information on individual crime occurrences. All of this additional detail would, collectively, paint a more comprehensive picture of crime on a national level.

NIBRS was officially implemented in 1989. While there have been agencies submitting NIBRS data since then—mostly through their state UCR programs—still not enough do so to report on it from a national perspective. Explains Assistant Director Stephen Morris, who heads up our Criminal Justice Information Services (CJIS) Division, “The biggest challenge for any agency, whether you’re a local police department or a state program office, is the resources needed to convert systems to NIBRS and the personnel needed to oversee those systems.”

The Bureau is undertaking a number of efforts to educate law enforcement and others on the benefits of NIBRS and to increase participation in the program. For example, CJIS is in discussions with its multi-agency Advisory Policy Board about the possible expansion of data to include non-fatal line-of-duty shootings by law enforcement and about transitioning to a NIBRS-only data collection. We have also partnered with the Department of Justice’s Bureau of Justice Statistics on the National Crime Statistics Exchange, or NCS-X, to assist states and agencies interested in submitting their crime data through NIBRS. Said Morris, “You’re never going to have 18,000 agencies providing data, but if you have most of the major organizations and they’re geographically dispersed, we’ll be statistically sound as far a national picture of crime goes.”

Unlike UCR’s traditional Summary Reporting System (SRS), which is an aggregate monthly tally of crimes in just 10 offense categories, NIBRS captures—in 24 categories—specific details about crimes and criminals, such as the date, time, location, and circumstance of the incident as well as characteristics of the victim and offender—such as age, race, sex, ethnicity, and any information about their relationship to one another. “NIBRS has the ability to give you the who, what, when, where, and sometimes the why of a crime,” added Morris.

Another key difference between the SRS—which has been in operation since the 1930s—and NIBRS is this: Under SRS, during an incident involving multiple offenses, only the most serious crime is reported (i.e., a murder that took place during a robbery would be counted, but the robbery would not). But in NIBRS, both the murder and the robbery would be reported, giving us a more accurate accounting of crime.

Side by Side UCR Comparison
National Incident-Based Reporting vs. Traditional Summary Reporting

When used to its full potential, NIBRS will be able to identify with precision when and where crime takes place, the form it takes, and the characteristics of its victims and perpetrators. Armed with this information, law enforcement agencies can better define the resources they need and apply them where they’re needed most. And legislators, municipal planners, academicians, sociologists, advocacy groups, and the public gain access to more extensive crime data as well.

“And at the end of the day,” said Morris, “NIBRS will also be able to provide two important elements to law enforcement agencies that have become so important—accountability and transparency.”

Inside the case of an egg company whose fraudulent practices put the public at risk.