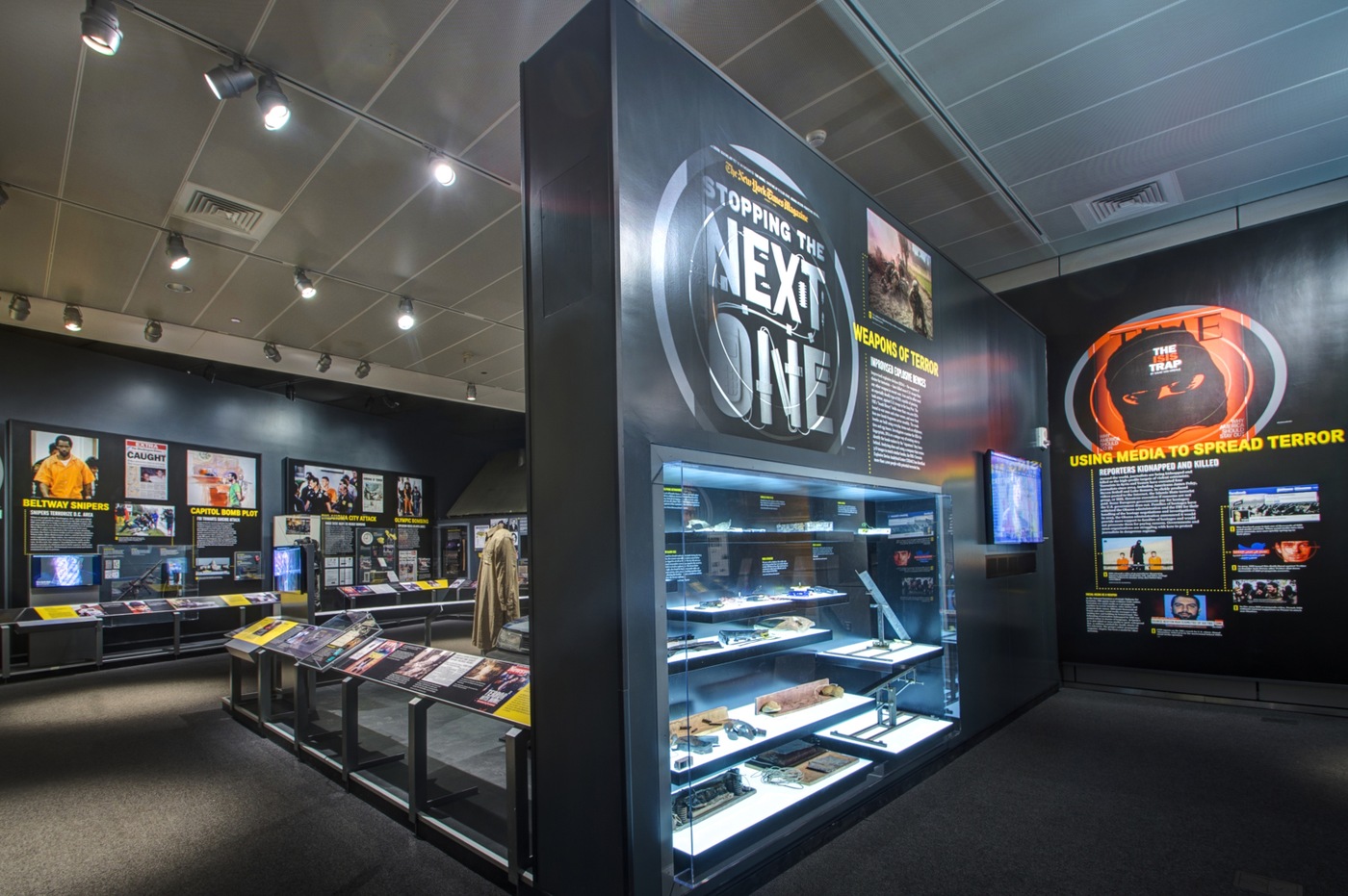 “Inside Today’s FBI: Fighting Crime in the Age of Terror” is an updated and expanded version of a popular, long-running FBI exhibit at the Newseum, a museum devoted to news and journalism located a few blocks from FBI Headquarters in Washington, D.C. The exhibit, which opens today, features some of the Bureau’s biggest cases since 9/11.

Some of the FBI’s biggest terrorism cases since 9/11—along with headline-grabbing espionage and cyber investigations—are featured in an exhibit that opens today in the nation’s capital.

“Inside Today’s FBI: Fighting Crime in the Age of Terror” is an updated and expanded version of a popular, long-running exhibit at the Newseum, a museum devoted to news and journalism located a few blocks from FBI Headquarters in Washington, D.C.

A collaboration between the Bureau and the museum, “Inside Today’s FBI” will display evidence and artifacts never before seen by the public, including the blue Toyota Corolla abandoned by terrorist hijackers prior to the 9/11 attacks and the explosives-laden Nissan Pathfinder used in a failed attempt to bomb New York City’s Times Square in 2010. Parts of the homemade bomb—propane tanks, alarm clocks, and a pressure cooker—can be seen inside the vehicle. Also on display will be items from the 2013 Boston Marathon bombing, including the handcuffs that restrained bomber Dzhokhar Tsarnaev.

More than 45 new artifacts have been added to the exhibit, which focuses on terrorism as well as recent espionage cases—such as the Russian spy investigation known as Operation Ghost Stories—and cyber cases, like Silk Road, in which the FBI dismantled a secret website that allowed individuals to buy and sell illegal drugs anonymously online.

“The FBI has had a long and successful partnership with the Newseum,” said Mike Kortan, FBI assistant director of public affairs. “We are pleased that the expanded exhibit provides even more opportunity for people to learn about the FBI and our mission to protect the country.”

The Newseum’s original Bureau-related exhibit, “G-Men and Journalists: Top News Stories of the FBI’s First Century,” debuted in 2008 and was updated in 2011. In July 2015, the exhibit closed for renovations and opens today in a larger space with more than 160 artifacts, most of which are on loan from the FBI. 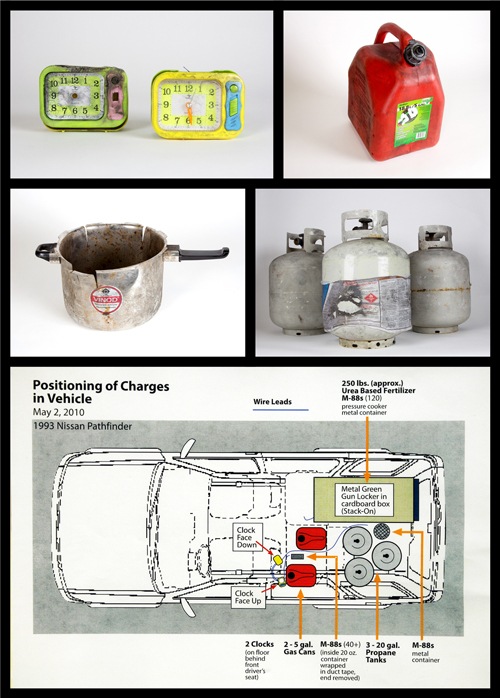 This diagram shows the layout inside an SUV that was rigged to explode in New York’s Times Square in 2010. The homemade bomb—which failed to explode—included this gas can, propane tank, pressure cooker, and these alarm clocks. The items are on display along with the vehicle.

The “G-Men and Journalists” exhibit was intended to be temporary but was so popular its run was extended indefinitely. Millions of people have seen it. Other items still on display from the original exhibit include the Unabomber’s cabin; engine parts and landing gear from United Airlines Flight 175, which crashed into the World Trade Center South Tower on 9/11; and the hiking boots worn by “shoe bomber” Richard Reid, who received al Qaeda training to blow up an American Airlines flight from Paris to Miami in December 2001. The belts passengers used to restrain Reid are also on display.

“After 9/11, the FBI’s mission changed substantially to prevent another terrorism attack,” Kortan said. “The Newseum exhibit captures a fascinating part of that transformation.”

For more information about the “Inside Today’s FBI” exhibit, visit the Newseum’s website.

The FBI is now accepting applications from motivated individuals who want to embrace a challenging and rewarding opportunity to serve their country and communities.

The FBI and the Oakland Police Department have formed a unique partnership.