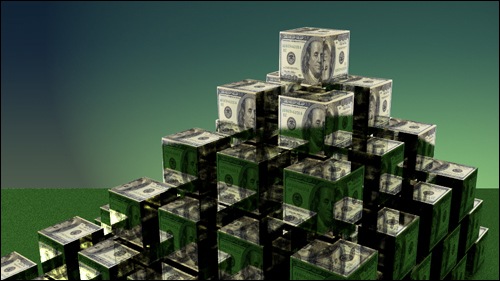 For more than decade, up until February 2014, Sacramento businessman (and Ponzi scammer extraordinaire) Deepal Wannakuwatte fooled his investors and his lenders into believing that he and his companies were worthy of their trust and their money. During that time frame, he fraudulently obtained in excess of $230 million from more than 150 victims, including individuals, businesses, government agencies, and financial institutions. Wannakuwatte used this to fund other business ventures, make adequate payments to his investors and lenders to keep the scam going, and line his own pockets.

But on the heels of a joint investigation with the Internal Revenue Service-Criminal Investigation (IRS-CI) and the Department of Veterans Affairs Office of Inspector General (VA-OIG), Wannakuwatte—who pled guilty last year—got his comeuppance: He was ordered by a federal judge last month to pay millions in restitution to his victims. And he’ll be doing that from his jail cell, where he’ll be serving out his 20-year sentence.

The case began in September 2013, when our Sacramento office was contacted by a representative of one of Wannakuwatte’s business associates who thought he might be the victim of a Ponzi scheme. The FBI joined forces with IRS and VA investigators and began looking at Wannakuwatte, his businesses, and his financials.

And after several months of reviewing more than 10 years’ worth of business records, analyzing tax and other financial documents, conducting interviews of employees and victims, serving search warrants, etc., law enforcement was able to piece together how the scam worked.

Wannakuwatte told his victims that his Sacramento-based companies—International Manufacturing Group (IMG) and Relyaid Global Health Care—were involved in the international manufacture and sale of latex gloves. He falsely claimed that his companies did tens of millions of dollars in business with federal agencies every year, most notably the Department of Veterans Affairs.

- Be extremely cautious about unsolicited offers to invest.

- Don’t believe everything you’re told. Take the time to do your own research on the investment’s potential—and on the person making the offer.

- Be wary of an investment opportunity that offers unusually high yields.

- Check with federal and state securities regulators to find out if there have been any complaints against the company or person you’re thinking of doing business with.

- Request written financial information—such as a prospectus, annual reports, or financial statements—then compare the written information to what you were told.

- Check with a trusted financial adviser, broker, or attorney about any investments you are considering.

- And if you think you’ve been scammed, report it to the Securities and Exchange Commission, your state’s securities regulator, or a law enforcement agency.

As an aside, IMG actually had been in business for more than 25 years and actually did sell gloves and other supplies to businesses, including medical providers. And he did a have contract with the VA, but it was only for up to $25,000 a year. The legitimate part of IMG had been losing money for years, and Wannakuwatte used some of the proceeds of his Ponzi scheme to keep the company afloat.

Wannakuwatte offered his investors several different bogus high-yield investment opportunities, most of which related to his purported relationship with the VA. And to prove his bona fides to potential investors and to lenders he was trying to borrow money from, he showed them phony corporate documents as well as actual personal and corporate tax returns where he had reported and paid taxes that falsely overstated his personal income and annual gross receipts and sales for IMG.

At times, Wanakuwatte set up fake conference calls between himself, a potential investor, and someone he falsely claimed was a VA representative. The purpose of these calls was to convince investors that he really did have a significant business relationship with the VA and that their money would be safe with him.

Unfortunately, it wasn’t. And while Wanakuwatte made payments to some of the earlier investors as a way of pacifying them, eventually the scam began to implode as more investors and lenders wanted what was owed them and Wanakuwatte couldn’t make the payments.

The impact on the victims in this case was often devastating. For individual investors, Wanakuwatte had encouraged them to obtain their investment money from the equity in their homes or from their retirement accounts—as a result, many lost everything. Losses incurred by the victim financial institutions often threatened their financial stability and reputations. And while his victims suffered, Wannakuwatte purchased luxury homes, vehicles, airplanes, and even a professional tennis team.

The lesson learned from a case like this? Do your due diligence when thinking about investing your hard-earned money (see sidebar).