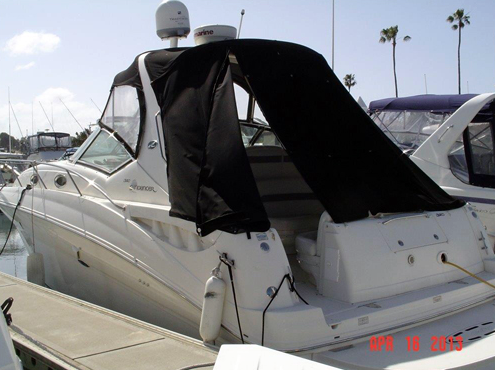 This $80,000 boat owned by California con man David Rose was seized after law enforcement determined he had purchased it using funds he stole from his investors.

It’s an age-old scam: A smooth-talking individual offers an amazing investment opportunity—with promises of large returns—that turns out to be completely bogus. But because there are always people willing to accept these kinds of claims at face value and hand over their hard-earned money, it’s a scam that continues to be effective.

Consider a recent case in Orange County, California, where just-convicted David Rose duped more than 75 doctors and dentists from around the country into shelling out more than two million dollars for him to invest in companies involved in researching and developing emerging medical technologies. But the investment money, despite what he promised, never made it any further than Rose’s own bank accounts.

From at least March 2005 to around May 2011, Rose solicited mainly doctors to invest money with him through his company, M.D. Venture Partners. In many instances, he recruited investors by placing ads in medical publications, but he also got additional business through referrals from doctors who had already signed with him.

In his promotional material and in conversations and e-mails with prospective clients, Rose claimed that investor funds would be pooled and used to invest in companies developing new medical technology—an area that of course was of great interest to physicians. Rose even prepared for each client a private placement memorandum (PPM), a document commonly used in investments that fully lays out how invested funds will be used and what the risks are. The PPM also stated that Rose would receive a 2.5 percent “management fee.”

To keep his clients engaged in the scam, Rose periodically consulted with them to solicit their medical expertise and bounce ideas off them. But they never saw any return on their investment.

In 2011, he began another scam, this one involving recruiting dentists and orthodontists into giving money to his new company, Technology Innovation Partners. He claimed that their funds would be pooled and invested in a company developing technology that would remove wisdom teeth in children without surgery. Like his previous scam, Rose targeted a certain group of people and relied heavily on referrals. He tapped into the medical expertise of his investors to keep stringing them along. He also prepared phony PPMs for his clients—only this time, he upped his “management fee” to 10 percent.

But by 2013, after several complaints to the FBI from his victims—the Bureau began investigating Rose and his investment activities. And through numerous interviews with victims and other witnesses and detailed examinations of Rose’s financial records—tracking where the money actually went—we were able to gather enough evidence for a federal indictment against him.

Where did investors’ money end up? Investigators found that Rose used it to rent pricey homes in California and purchase an $80,000 powerboat, luxury vehicles, expensive jewelry, college tuitions, and even shares of stock in a professional football team.

If you are contemplating investing your hard-earned money, here are a few tips to help you do it as safely as possible: