FBI in Montana: Fraud Case Shows ‘It's Not a Small World’ 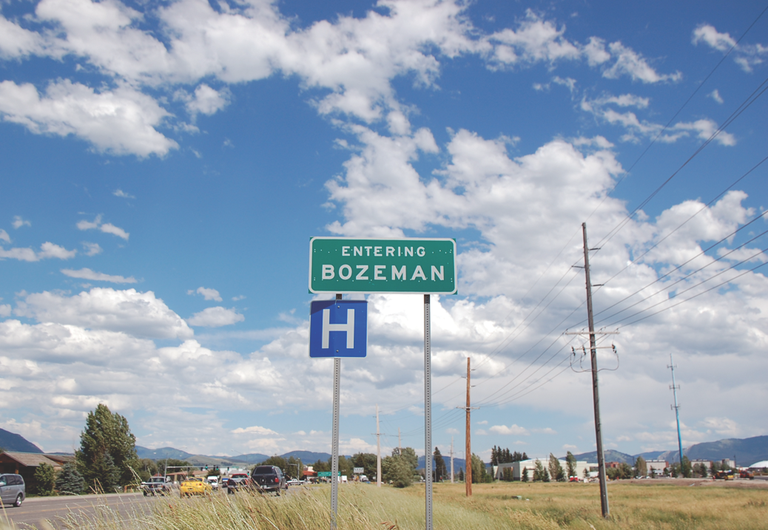 An Internet fraud scam uncovered in Bozeman in 2009 reached victims as far afield as Florida and Texas.

Special Agent Greg Rice asked questions and scribbled notes as the woman on the phone detailed why she thought she was being scammed.

Did she have records, receipts, account numbers? Was she still on good terms with the suspected scammer? From the moment he picked up the phone in the Bozeman Resident Agency, Rice was laying the groundwork for a potential case. A day earlier, he took two similar calls.

“A lot of my time is dedicated to working fraud,” says Rice, who was an agent in Las Vegas for eight years before moving to Bozeman six years ago. “We don’t take everything that comes in the door. But there’s a lot to choose from.”

In resident agencies, which are slimmed-down satellites of the Bureau’s 56 field offices, case agents are the face of the FBI for local police departments, community leaders, and the public. In the smaller offices like Rice’s in Bozeman—an affluent college town surrounded by farms, ranches, and retired millionaires—agents field complaints of all stripes and vet which ones cross the threshold for federal involvement. One such case, an Internet fraud scam in 2009 that reached victims as far afield as Florida and Texas, illustrates how complaints like the phone calls Rice picked up in early July can bloom into full-blown investigations.

The FBI has 56 field offices centrally located in major metropolitan areas across the U.S. and Puerto Rico.

Each field office is overseen by a special agent in charge, except our offices in Los Angeles, New York City, and Washington, D.C., which are headed by an assistant director in charge due to their large sizes. Within these field offices are a total of about 380 resident agencies located in smaller cities and towns. Resident agencies are managed by supervisory special agents.

In that case, a woman in Florida called Rice to report that she sent $225,000 to a Bozeman man who claimed he had a stockpile of unrefined gold and was looking for investors to finance refineries. He promised big returns. When that didn’t materialize, the investor got suspicious.

“She became angry over the investment and called us,” Rice says. When he followed the money and confirmed their suspect, Carl Estep, wasn’t putting his investors’ money where he’d promised, Rice set up a sting. Only this time, he would play the patsy. Working with a female FBI agent from the Billings resident agency, Rice staged a ruse to pose as husband-and-wife investors who wanted a piece of Estep’s venture. They set up a meeting at the airport in Bozeman to make it seem as though they had just arrived from Chicago.

“We came off the plane, we met him, and we sat down in the coffee shop,” Rice says. “I wore a camera and a wire—and he pitched the whole deal to me, the exact same deal that he pitched to the victim.”

It didn’t end there, though. Estep then escorted the would-be investors to a warehouse where he showed them stacks of barrels that he claimed each contained about 1,200 ounces of unrefined gold.

“It was the exact same pattern as what he did with these other people,” Rice says. “He flew them out here. He took them to the warehouse. He showed them the barrels stacked up. All he’d done was get his hands on a bunch of barrels with gravel in them. The rest was easy for him.”

The FBI tested samples from the barrels—which didn’t contain gold—and identified more victims, including the provider of the warehouse. Confronted with the evidence, Estep pleaded guilty in January and is now serving a four-year sentence.

“It’s not a small world for us anymore,” says Rice, an Idaho native, describing how even this once-remote area is no longer so, due in part to the Internet.

When investors didn’t see their promised returns, Carl Estep made elaborate excuses as to why they could not be paid.

In reality, Estep did not own any refineries. He did not own the barrels of rock and sand. He did not make any expenditures to develop refineries, and he did not invest money overseas. He simply used the money for numerous personal expenditures, including cars, overseas travel, daily expenses, and unreasonably large expenses on his hunting dogs.

In speaking with FBI agents, Estep acknowledged that he spent investor money on personal items and his that statements to investors were not 100 percent true since they did not know their money was used for his personal gain.

FBI in Montana: In Resident Agencies, Agents are ‘Jacks of All Trades’

The Bureau's most remote outposts tackle the same threats confronting the rest of the country.