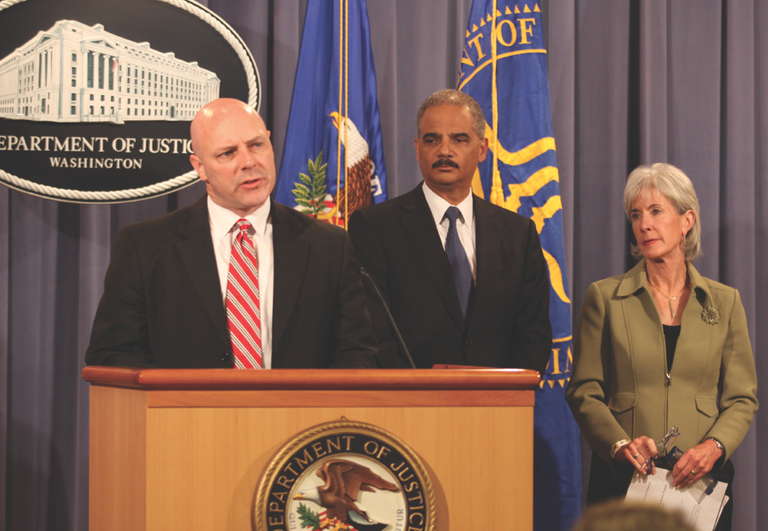 In Houston, two individuals were charged today with Medicare fraud schemes involving $62 million in false claims for home health care and durable medical equipment. According to the indictment, one of the defendants sold Medicare beneficiary information to 100 different Houston-area home health care agencies, and the agencies used that information to bill Medicare for services that were unnecessary or not even provided.

The Medicare Fraud Strike Force, coordinated jointly by the Department of Justice (DOJ) and the Department of Health and Human Services (HHS), is a multi-agency team of federal, state, and local investigators who combat Medicare fraud by analyzing data about the problem and putting an increased focus on community policing. The strike force is part of theHealth Care Fraud Prevention and Enforcement Action Team (HEAT), another joint DOJ-HHS initiative that works to prevent and deter fraud and enforce current anti-fraud laws. The strike force currently operates in nine U.S. cities (the eight cities mentioned previously, plus Tampa) in areas victimized by high levels of health care fraud.

Other cases announced today include:

In addition to our role on the Medicare Fraud Strike Force, the FBI also operates health care fraud task forces or working groups in all 56 of our field offices. Hundreds of agents and analysts—using intelligence to identify emerging schemes and tactics—are currently working more than 2,600 health care fraud investigations.

Nearly 70 percent of these cases involve government-sponsored programs, like Medicare, since the Bureau is the primary investigative agency with jurisdiction over federal insurance programs. But we also have primary investigative jurisdiction over private insurance programs, and we work closely with private insurers to address threats and fraud directed towards these programs.

Taking part in this takedown were more than 400 law enforcement personnel from the FBI, HHS-Office of Inspector General, multiple Medicare fraud control units, and state and local law enforcement agencies.

How an online undercover operation unraveled a web of predators trading child pornography.

FBI in Montana: Fraud Case Shows ‘It's Not a Small World’

How an FBI sting unraveled a fraud case with victims as far away as Texas and Florida.