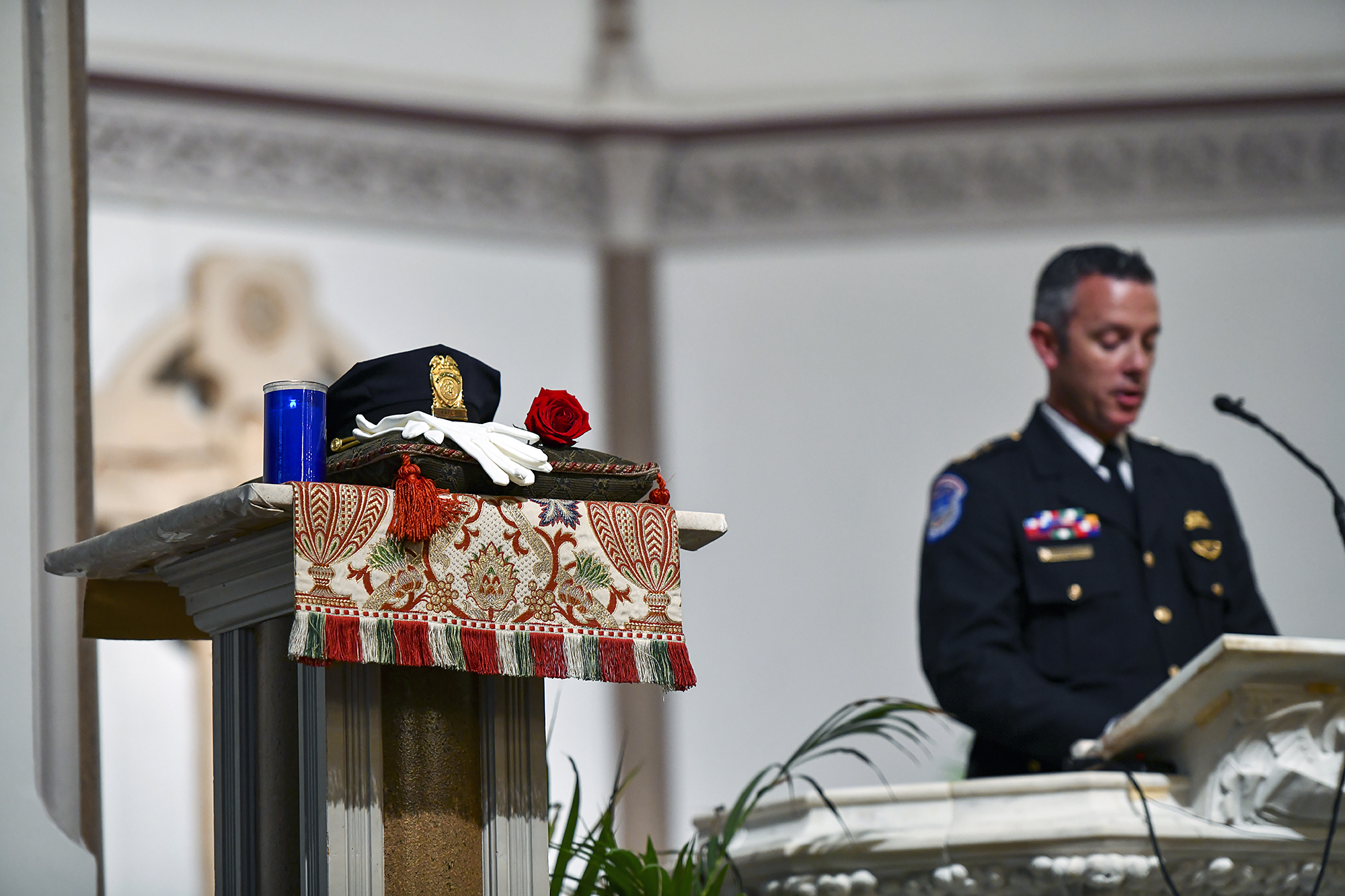 As the nation recognizes Police Week, FBI Director Christopher Wray expressed his gratitude to law enforcement officers nationwide and voiced his concern over the growing dangers faced by those who work to keep our communities safe.

On Monday, the FBI released its annual statistics on law enforcement officers killed in the line of duty. Those numbers show 129 officers were killed in line-of-duty incidents in 2021. Seventy-three of those deaths were felonious.

“Each and every story is heartbreaking,” Wray said in a video address. “A 30-year Florida deputy murdered one shift shy of retirement. An officer ambushed on his first day on the job, leaving behind a wife and an infant son. A combat veteran and his police dog killed while serving together.”

Police Week is observed every May and provides an opportunity for law enforcement officers to gather for fellowship events and honor those they lost. 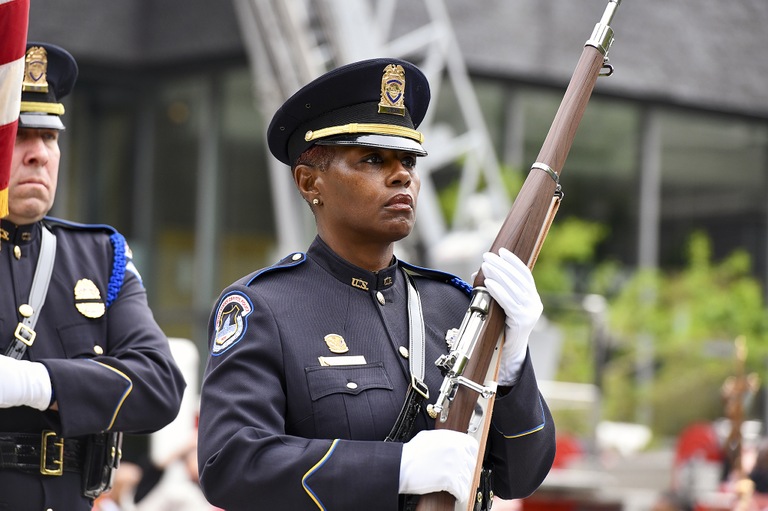 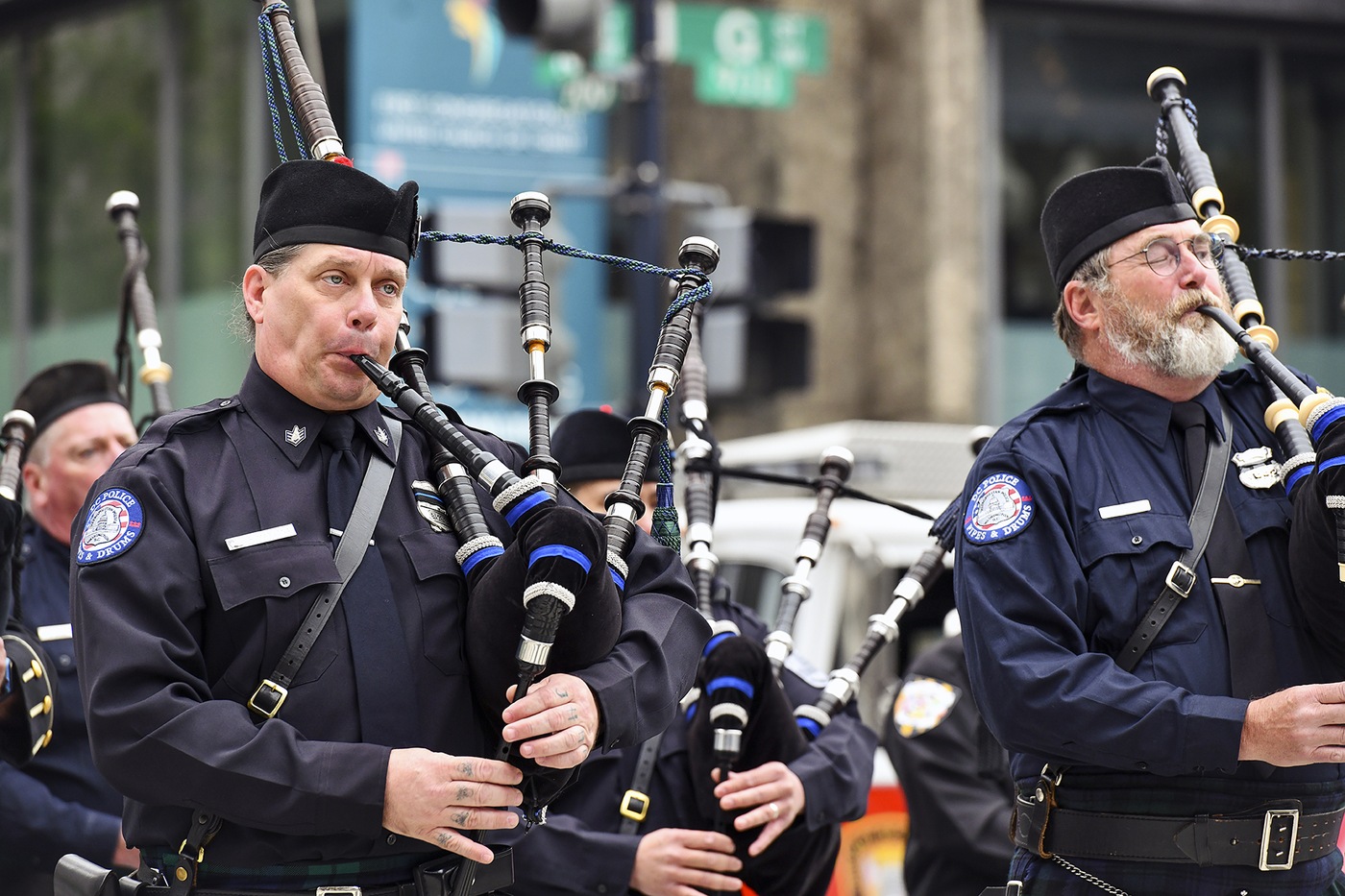 An honor guard and bagpipers lead the processional towards St. Patrick’s Church in Washington, D.C. for the annual Police Week Blue Mass. 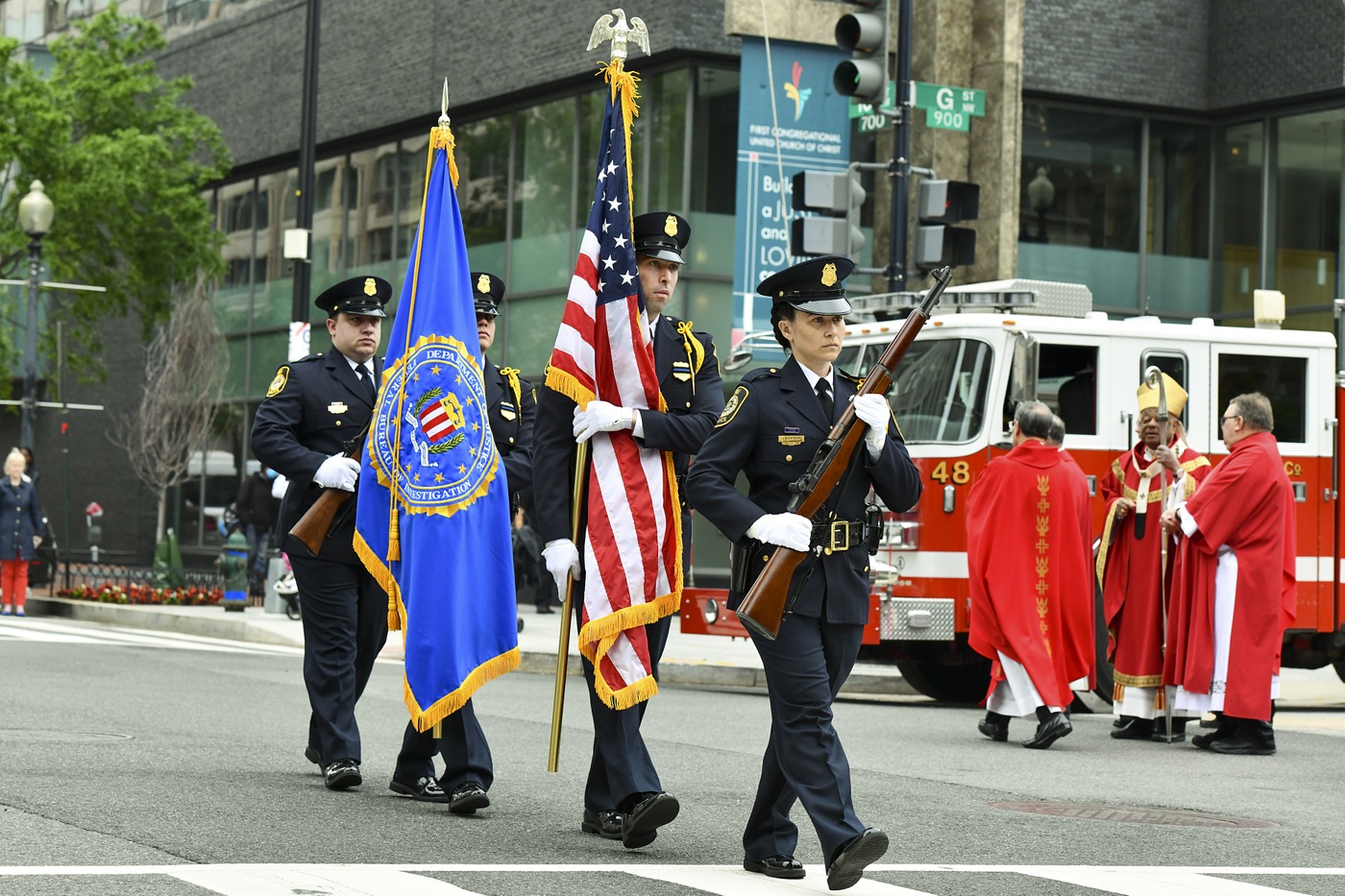 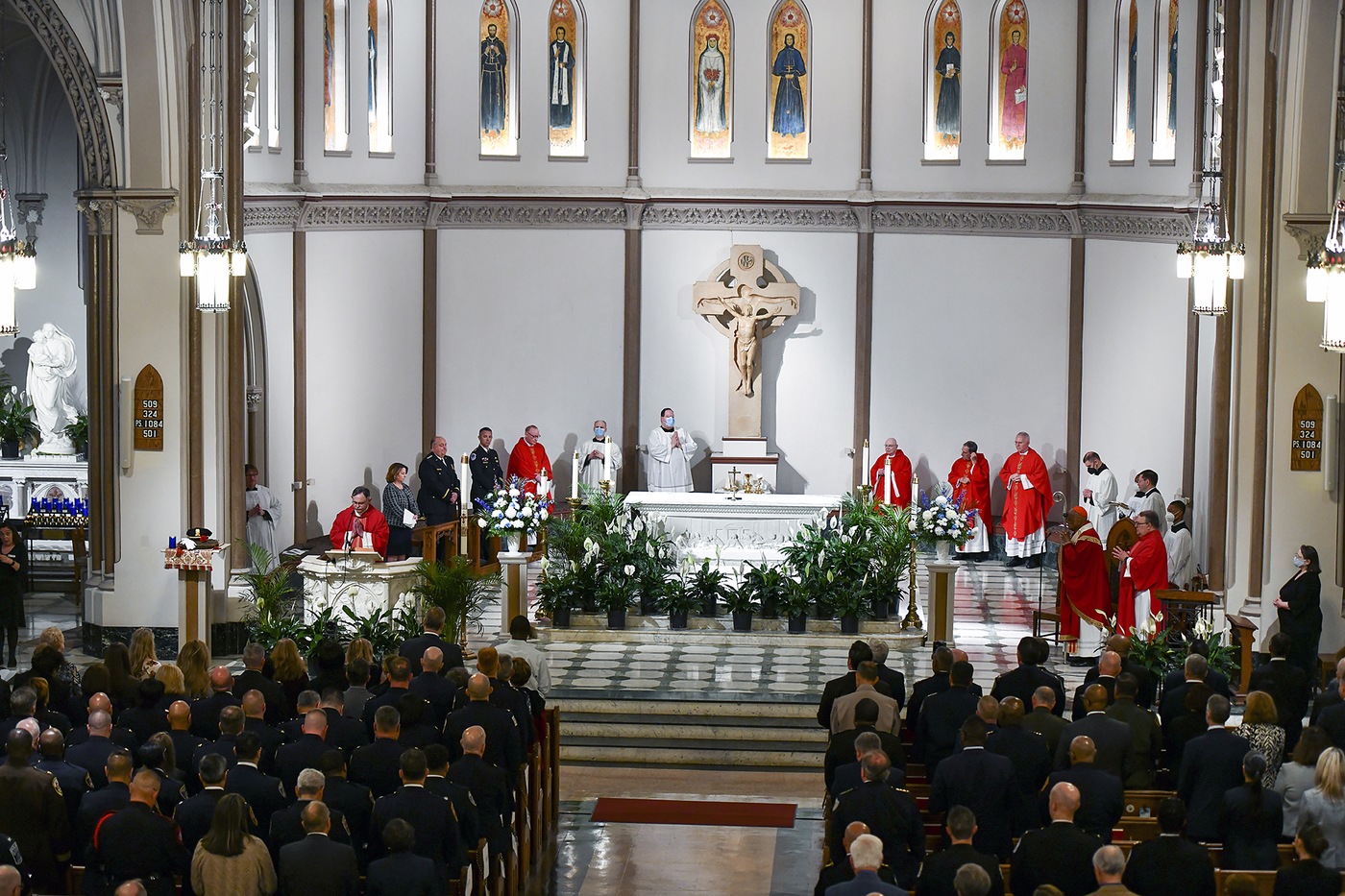 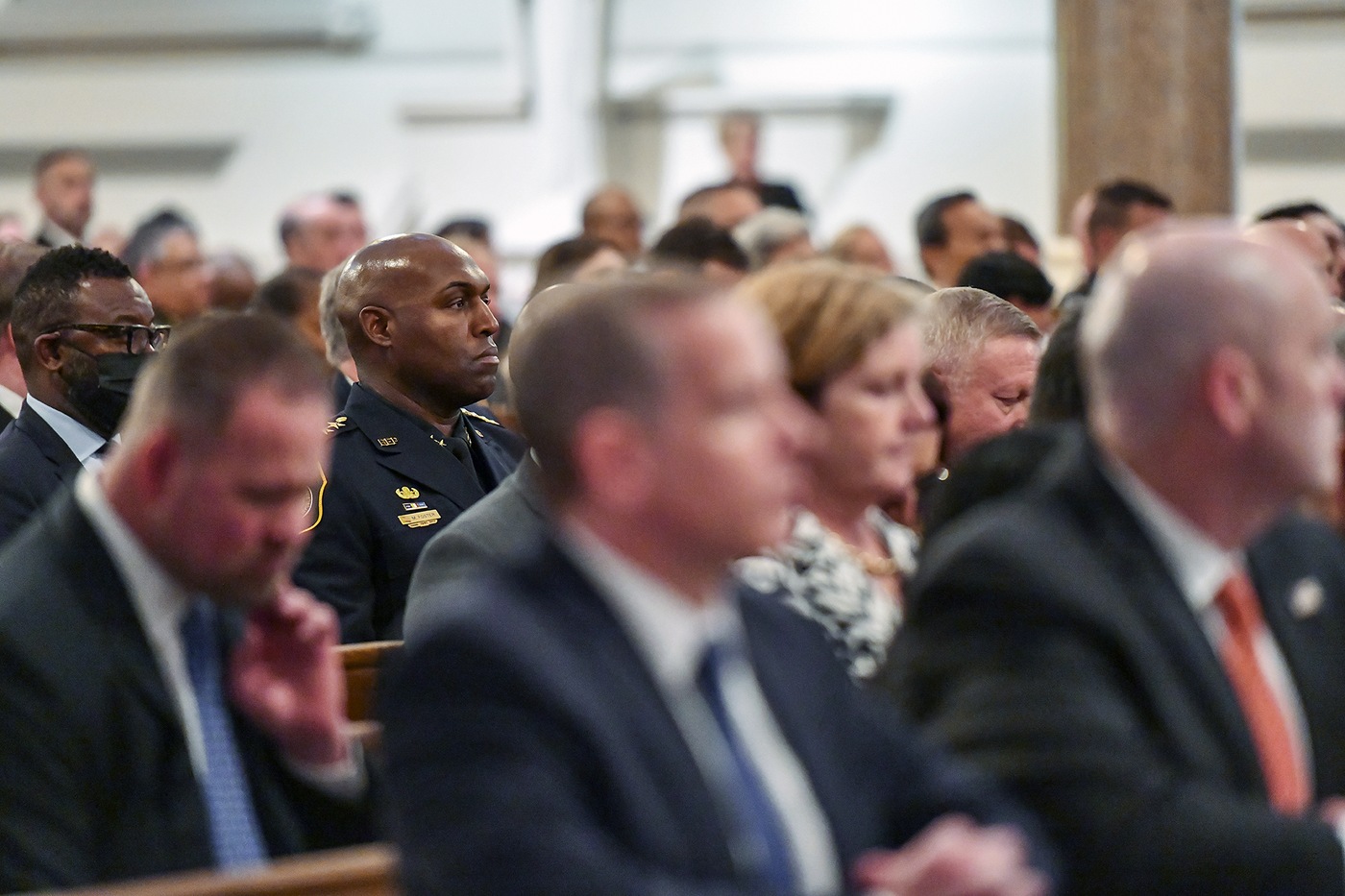 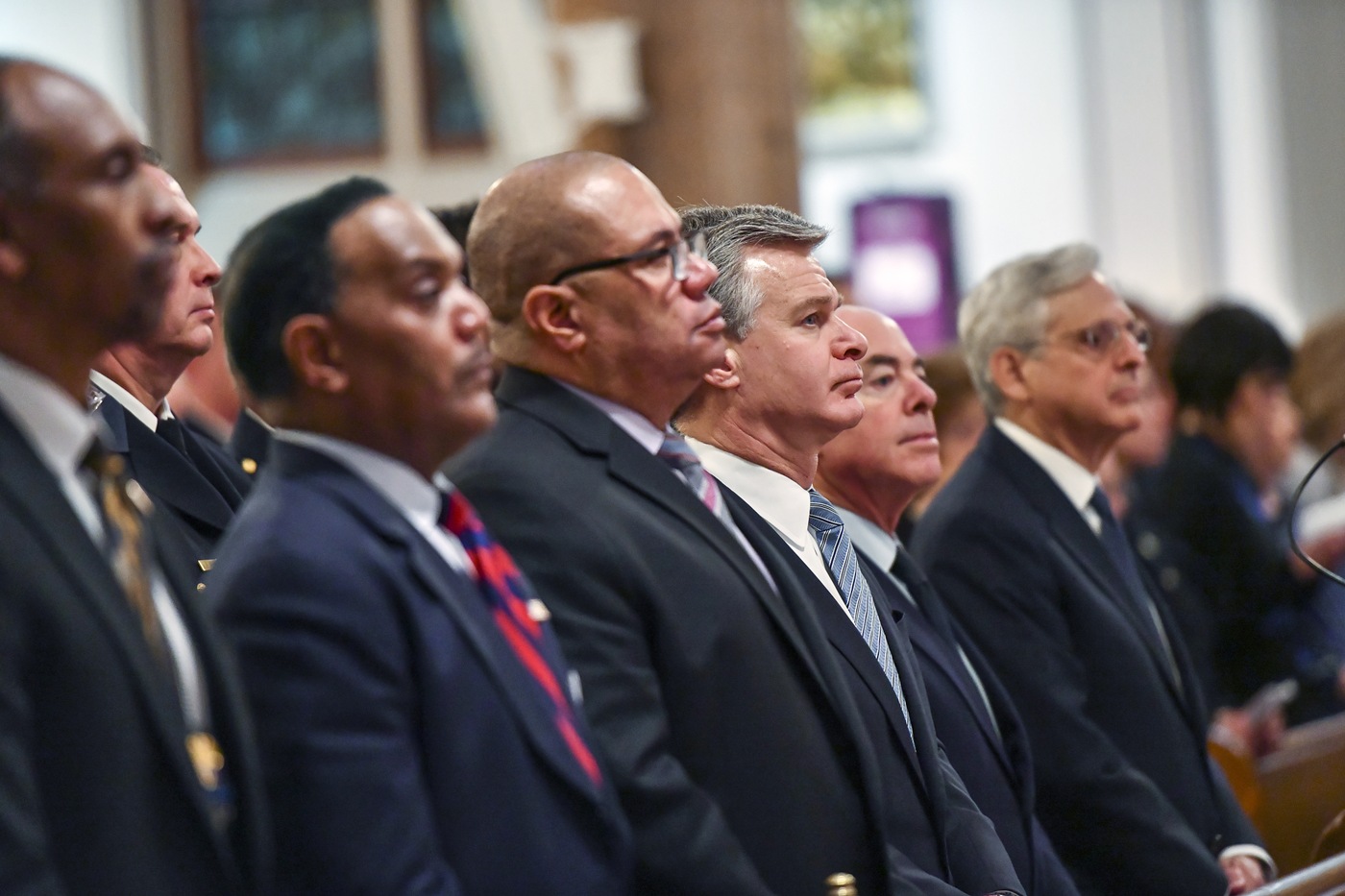 Director Wray noted that the losses marked during Police Week remind us that our safety does not come without a cost: “We owe it to these heroes to redouble our efforts to take the most violent offenders off the streets and to make sure officers have the resources, equipment, and training they need to return home safely at the end of their shifts.” He went on to say: “As we remember our fallen colleagues during Police Week, we also celebrate the courage of every man and woman who wears the badge.” 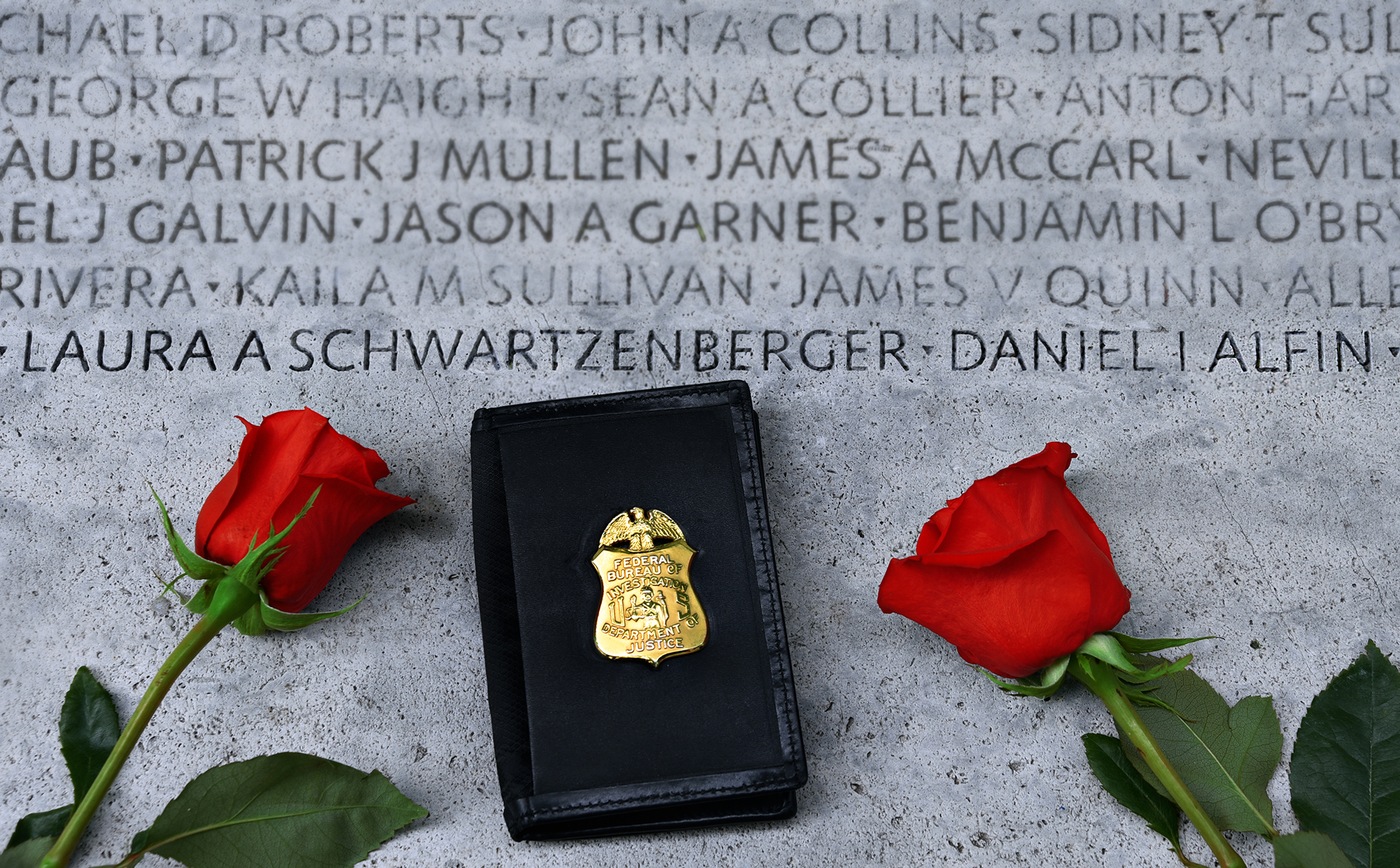 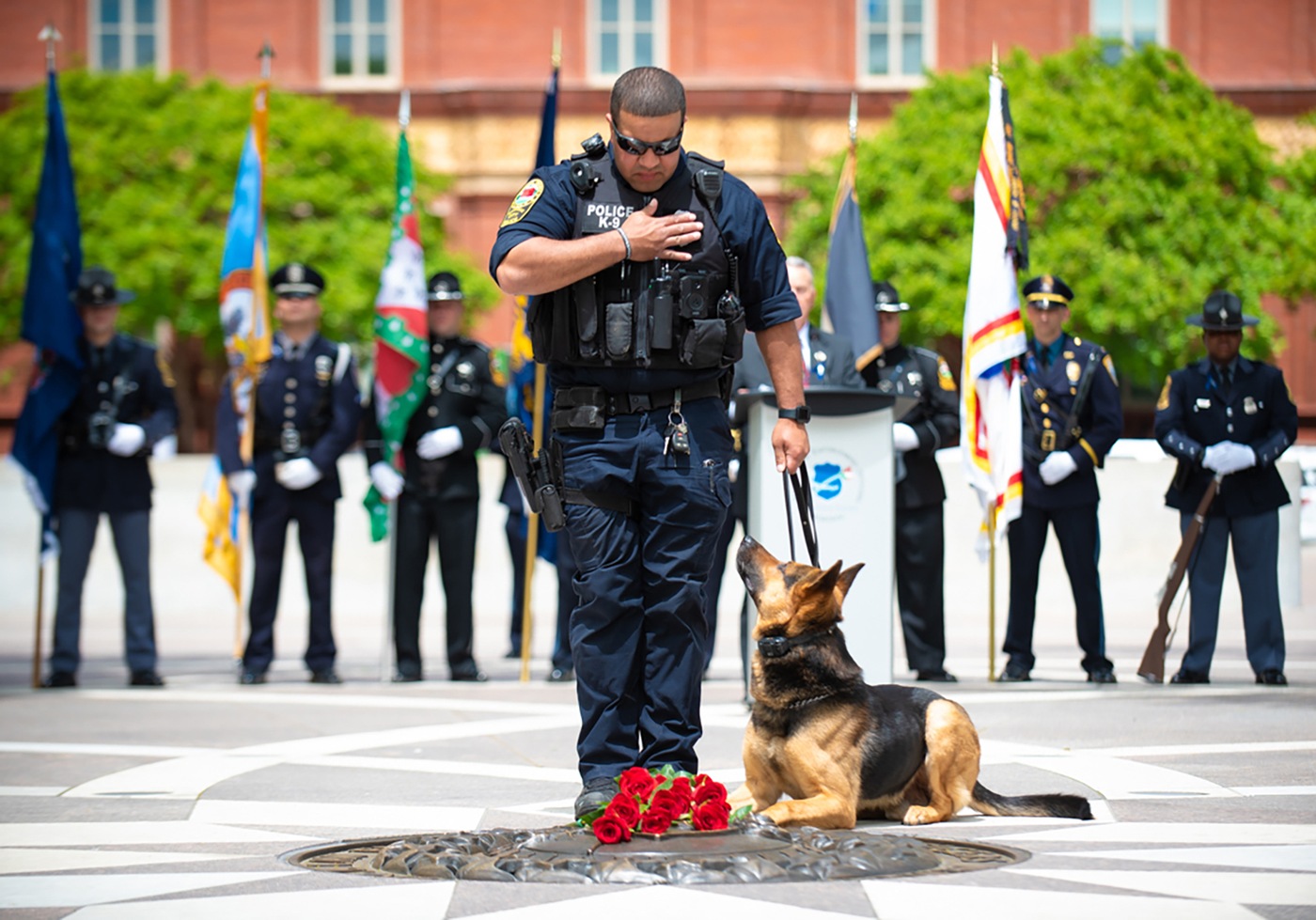 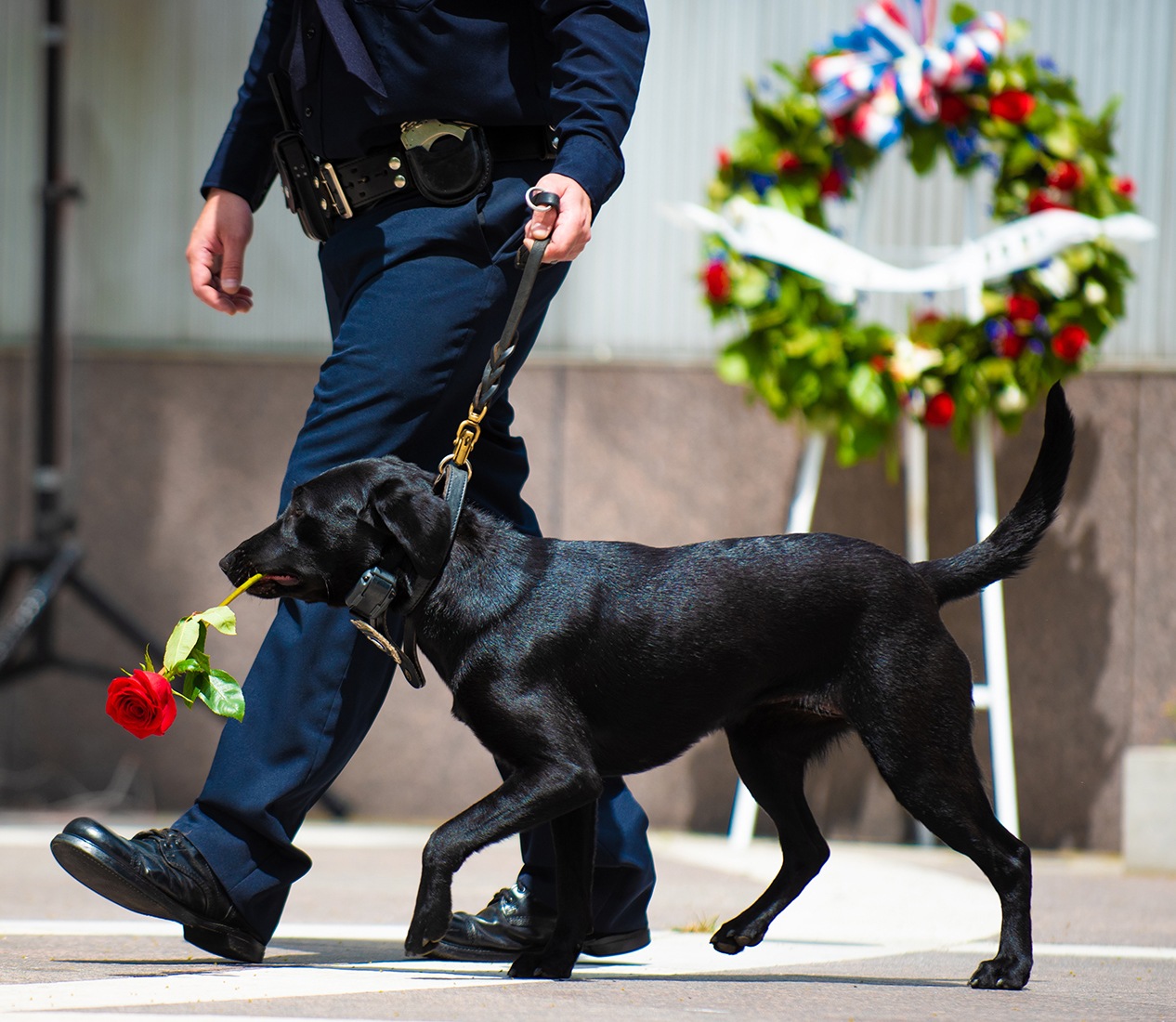 The K9 Memorial Service honors the memory of police K9s who have given their lives in the line of duty.

FBI Director Christopher Wray at the Wall of Honor Memorial Service. The FBI honored and remembered the dedication and bravery of two agents who gave their lives in service to our country last year. 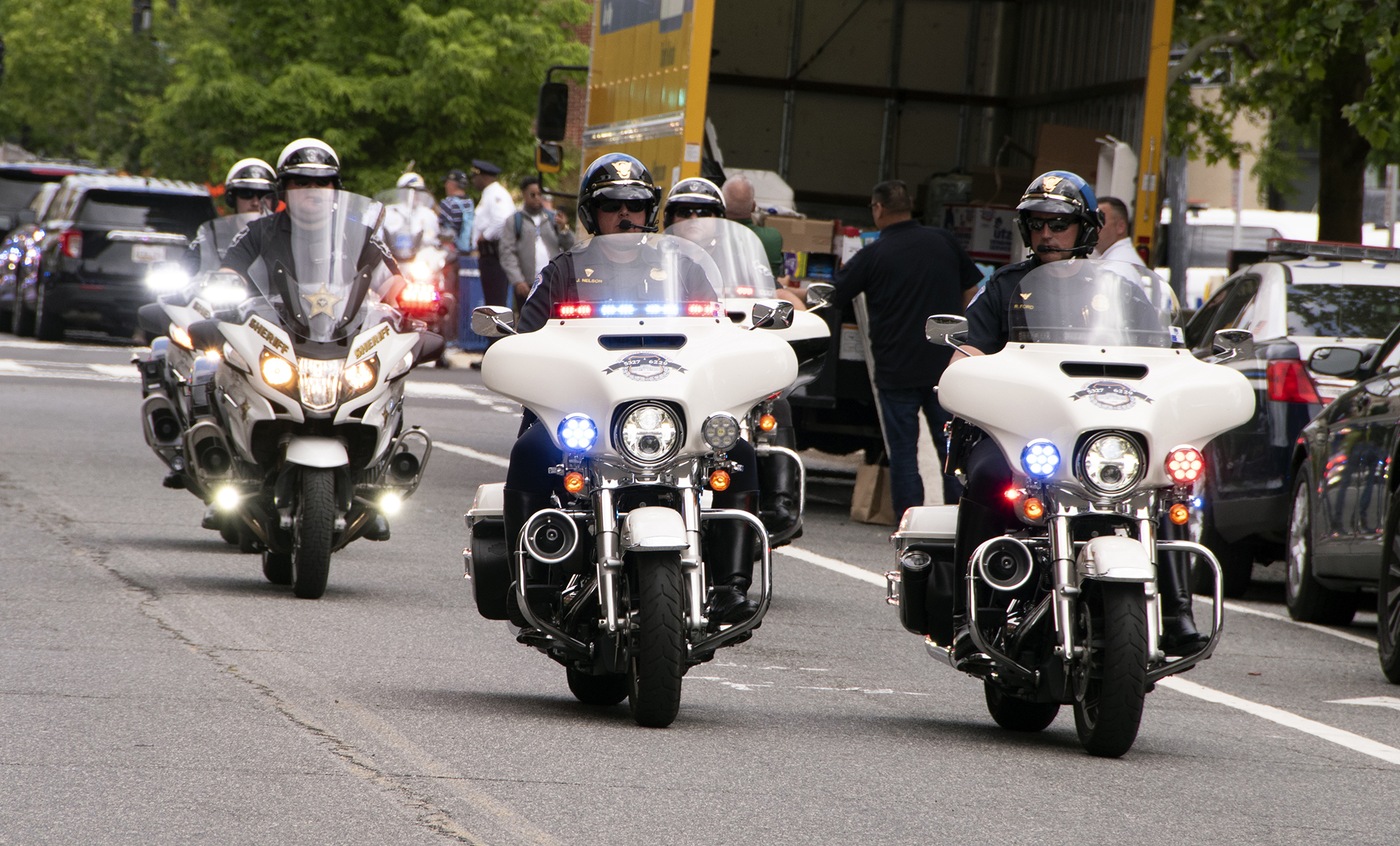 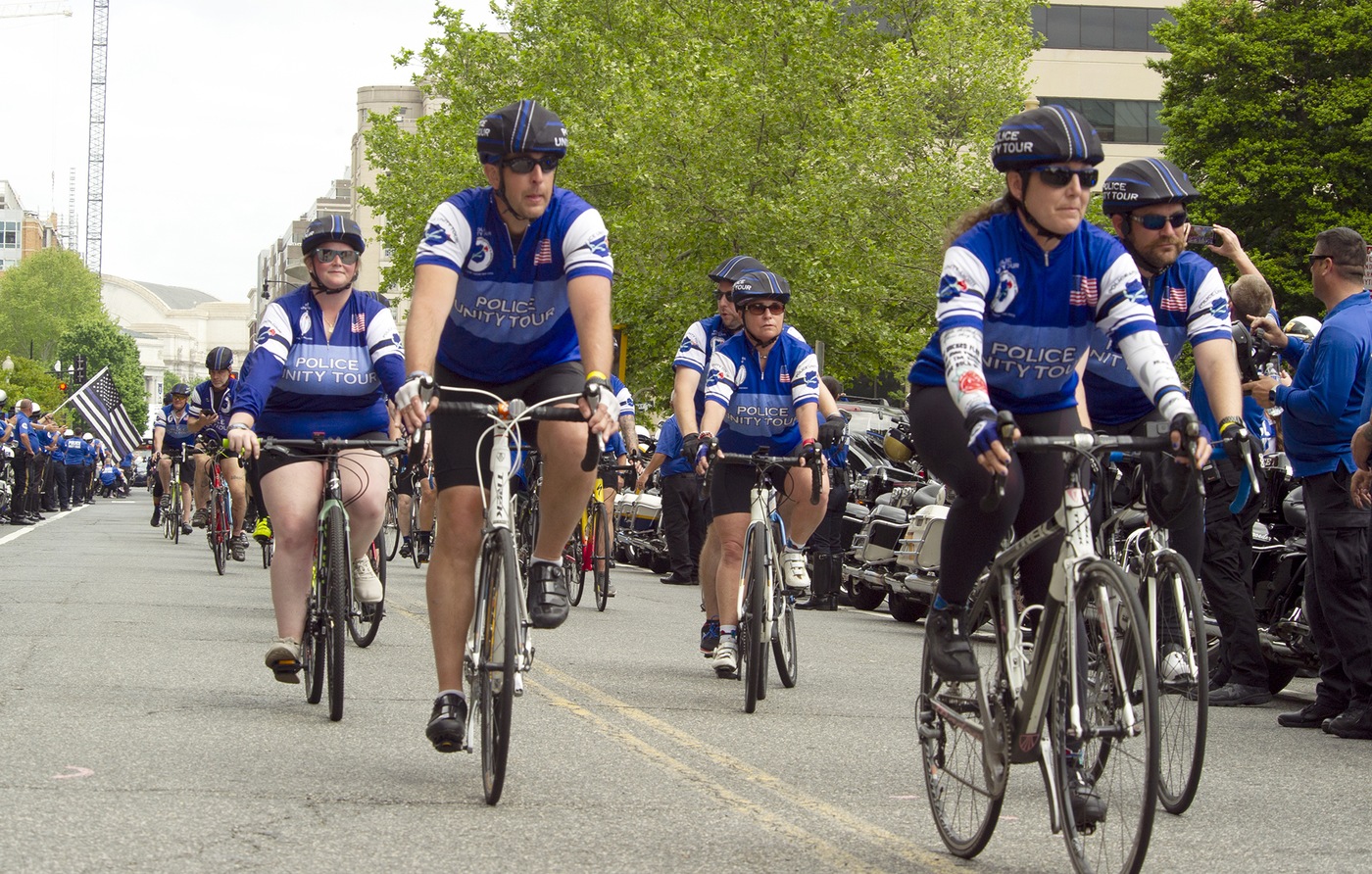 Participants in the Police Unity Tour complete their four-day ride from New Jersey to Washington, D.C. 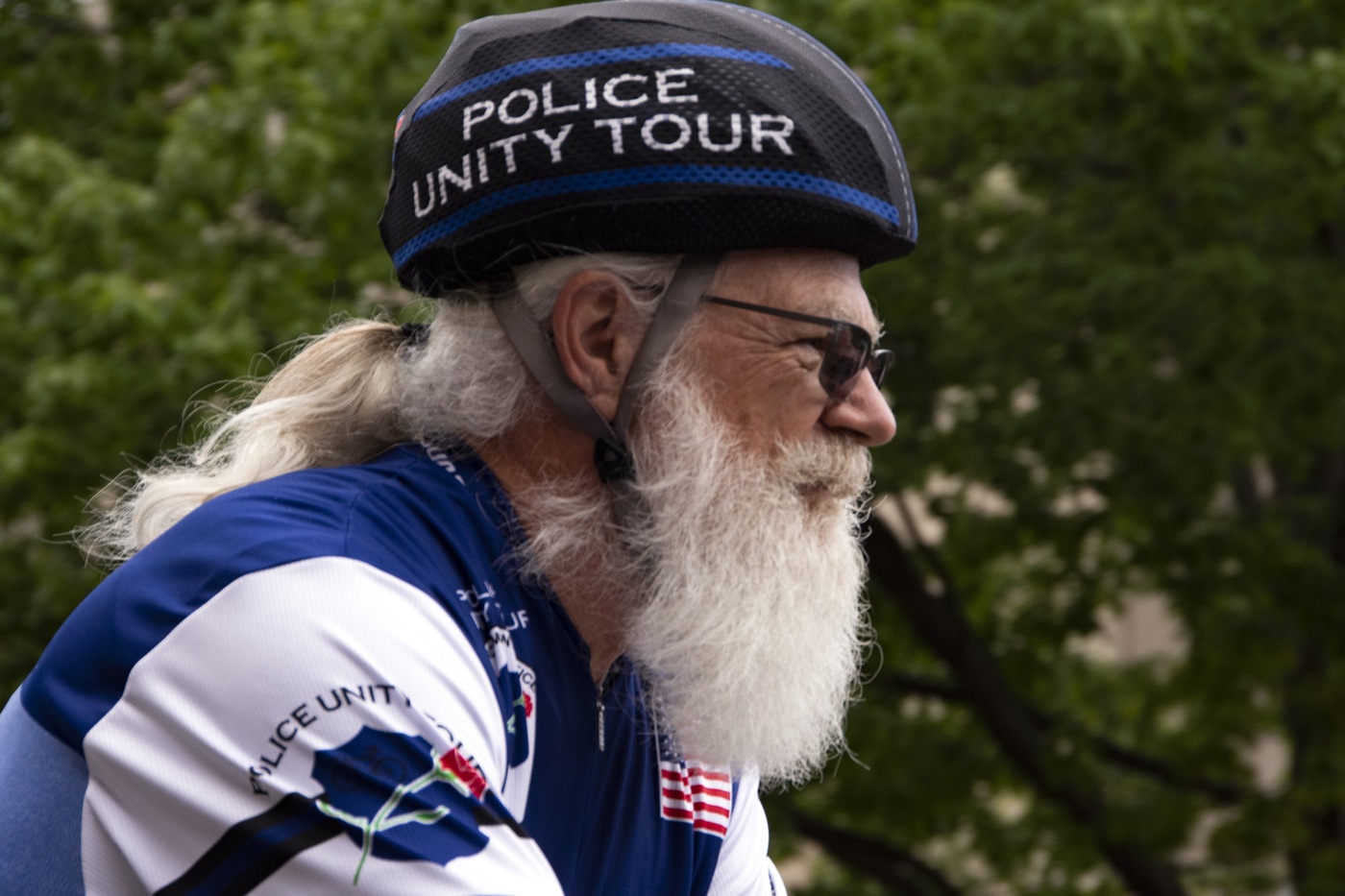 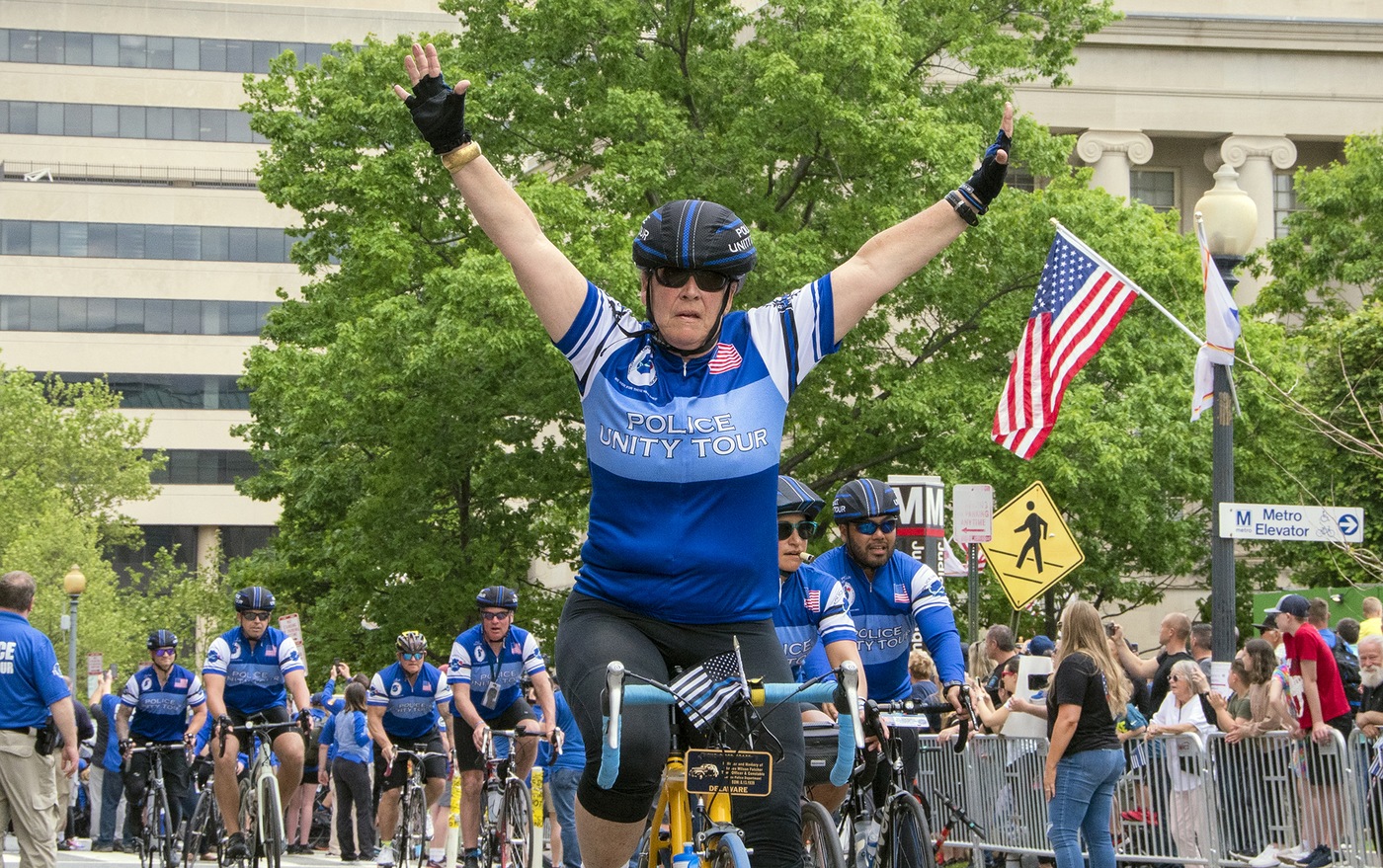 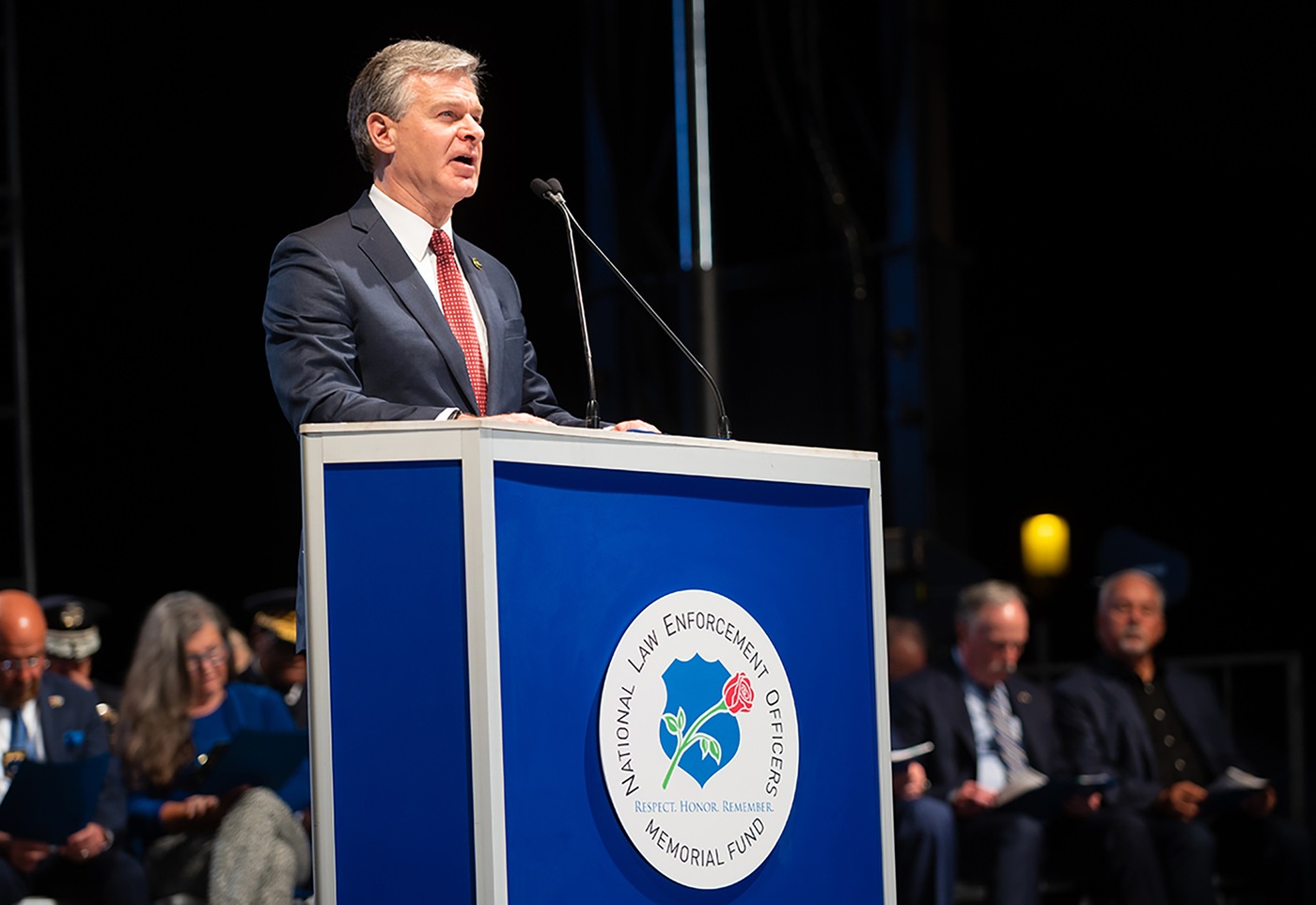 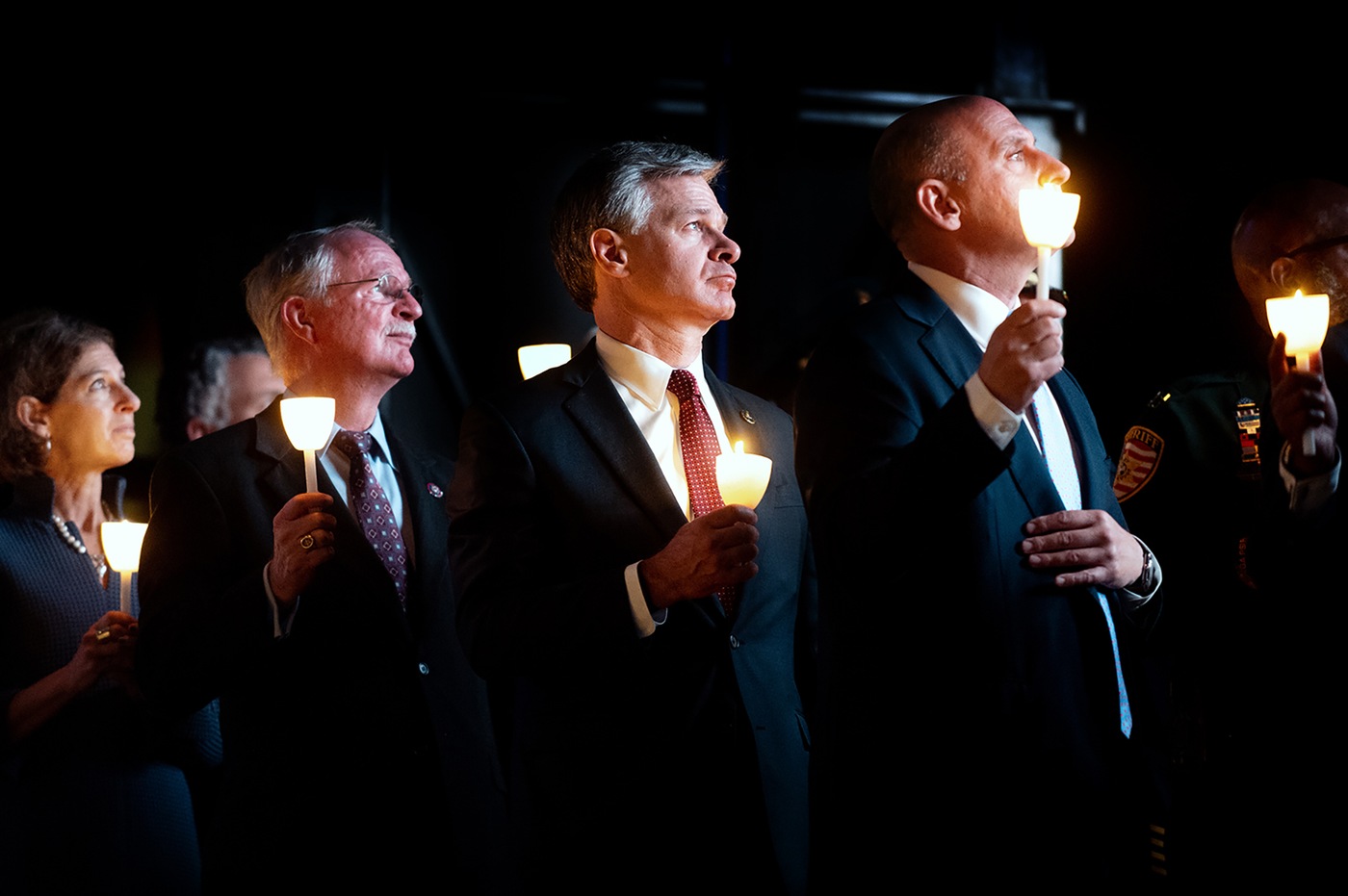 FBI Director Christopher Wray speaks to those gathered at the 34th Annual Candlelight Vigil on the National Mall in Washington, D.C. 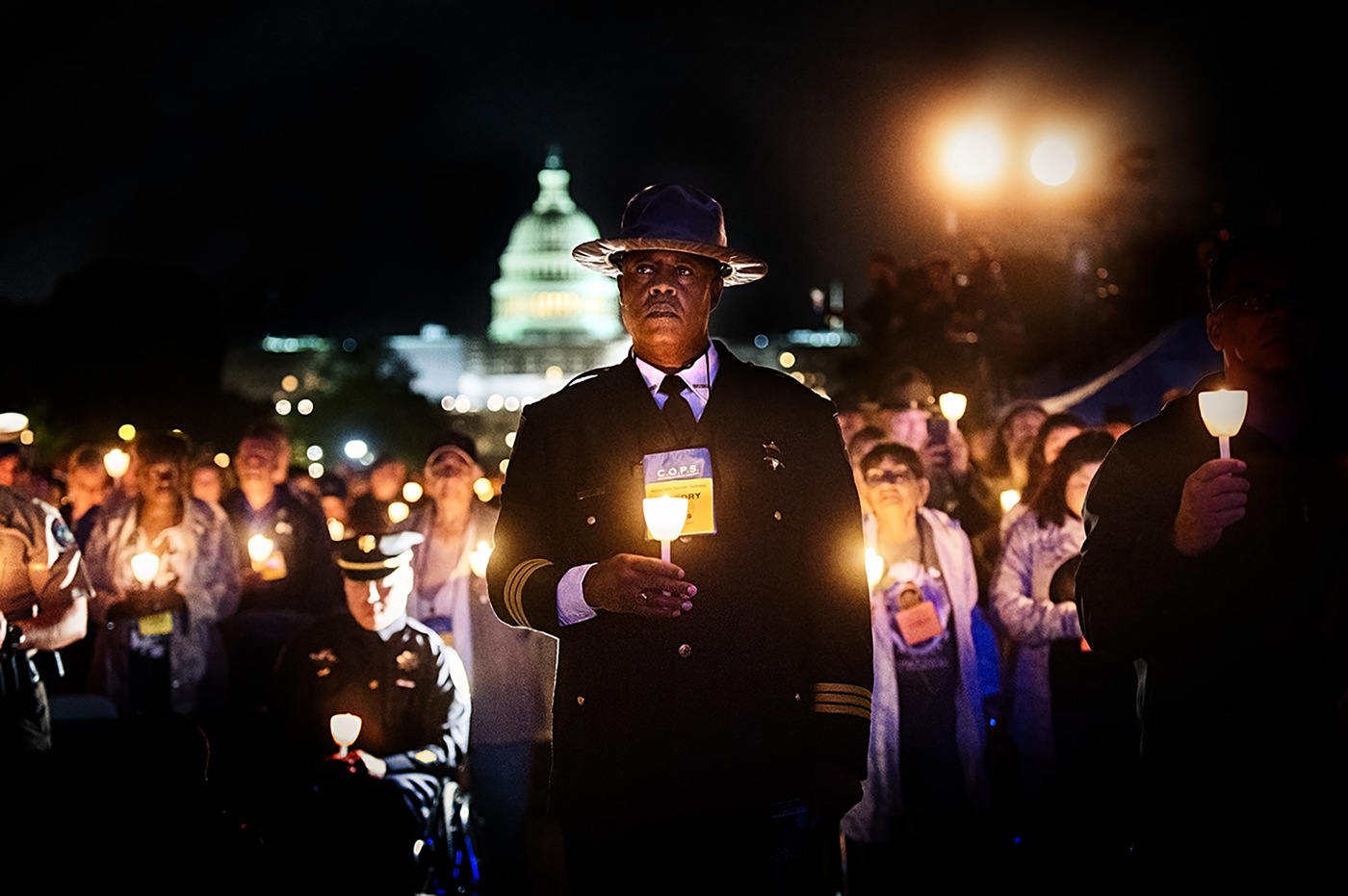 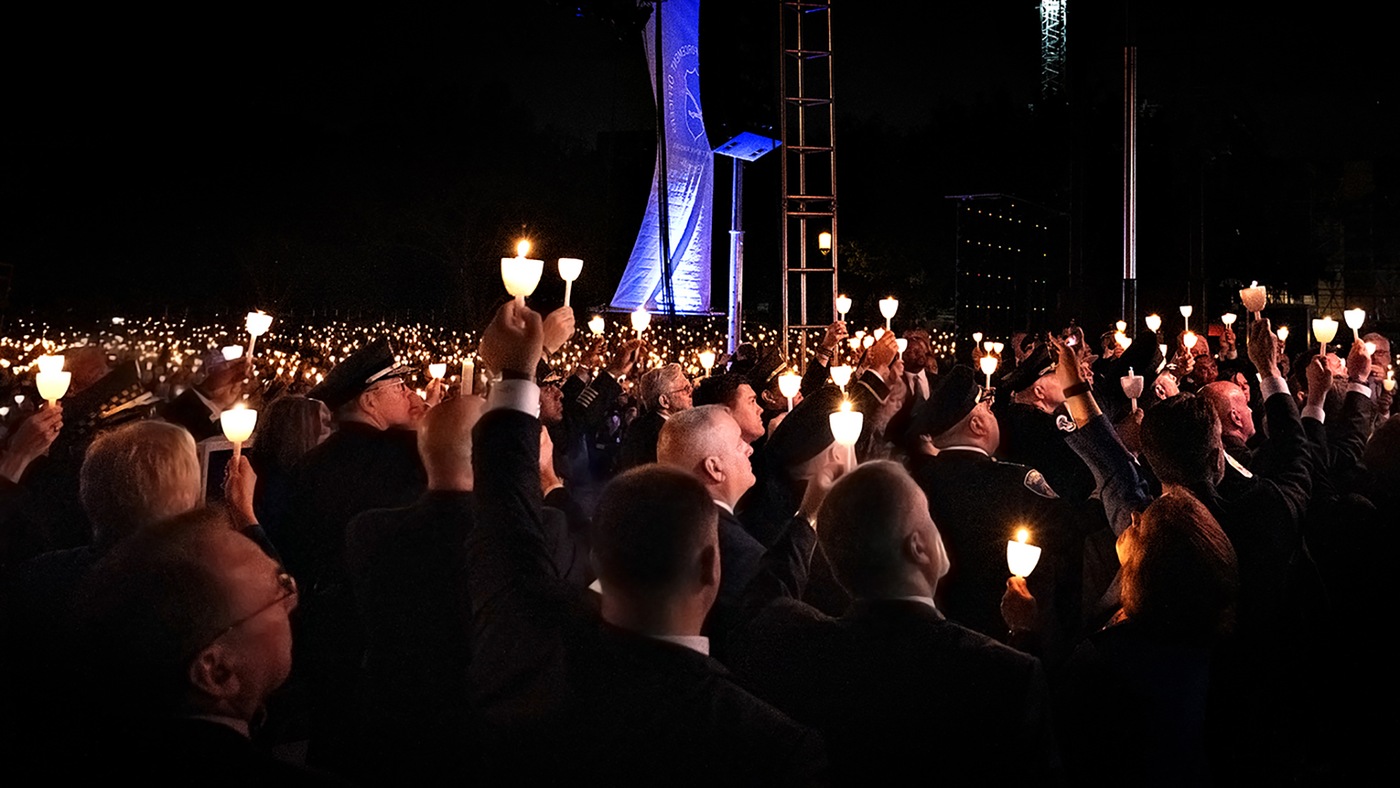 50 years after the first women entered the Training Academy, female agents are leading and shaping the FBI.

On this Administrative Professionals Day, we look back at assistants who were crucial to the FBI during its earliest days.