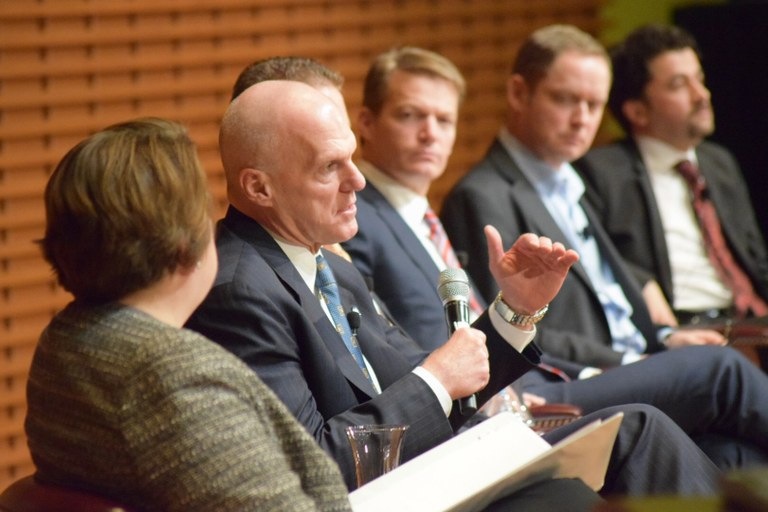 Today, FBI Cyber Division Assistant Director Joseph Demarest took part in the Summit on Cybersecurity and Consumer Protection, which was sponsored by the White House and held at Stanford University in California. Demarest was on a panel focused on the importance of international law enforcement cooperation in combating cyber crime.

Demarest was joined on his panel by Ed Lowery, his counterpart at the U.S. Secret Service, as well as Kevin Mandia (former chief executive officer of Mandiant and senior vice president and chief operating officer of FireEye), Jamie Saunders (director of the United Kingdom National Crime Agency’s National Cyber Crime Unit) and Bilal Sen (United Nations Office on Drug and Crime). During the discussion, Demarest talked about the Bureau’s challenge of investigating cyber criminals who victimize Americans from overseas, the FBI’s approach to battling botnets, the success of an initiative that posts agents with cyber expertise in strategic locations abroad to work with foreign partners, and the mutually beneficial relationships the Bureau fosters with companies victimized by cyber criminals.

Simultaneously with the national summit, the FBI and the Secret Service co-hosted open houses today in 19 cities around the country for private sector partners. In addition to being able to watch the cybersecurity summit via live-stream, the event provided an opportunity for attendees to meet and talk to their federal interagency cyber teams and learn more about how the U.S. government works to identify, pursue, and defeat cyber threats.

Part 2 of an interview with the head of the FBI’s Art Crime Team on the occasion of its 10th anniversary.