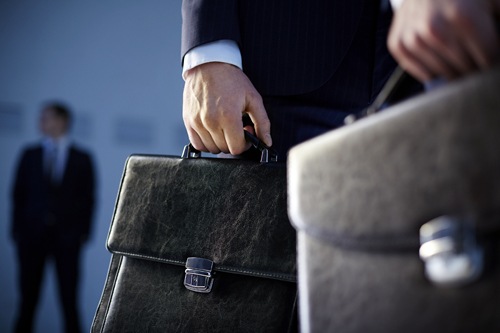 The vast majority of public servants who work at the local, state, and federal levels of government are honest and dedicated folks who strive every day to do the right thing for their constituents, their communities, and their country.

Unfortunately, there is a small subgroup of public servants who, whether elected, appointed, or contracted, are only concerned about a very specific constituency—themselves. And because this type of corruption strikes at the heart of government, eroding public confidence and undermining the strength of our democracy, the investigation of public corruption is the FBI’s top criminal priority.

Currently the Bureau is working more than 4,000 public corruption cases around the nation with the help of our partners. Our investigative efforts pay off year after year—fiscal year 2013 alone saw approximately 1,200 federal indictments and informations against corrupt officials.

Investigating the corruption of federal personnel—in particular, trusted officials and employees with access to sensitive information—is our number one public corruption priority because of the potential impact on U.S. national security. But corrupt state and local officials—who, like their federal counterparts, take an oath to serve—can seriously harm public trust in government. They can also jeopardize public safety and waste millions of taxpayer dollars.

The FBI is uniquely situated to investigate public corruption—we’ve got plenty of experience and the resources to run the kind of long-term, complex investigations that corruption activities often require. To uncover secretive activities like bribery, embezzlement, racketeering, kickbacks, and money laundering, we use sophisticated investigative techniques that can give us a front row seat to handshakes, money exchanges, or descriptions of corrupt schemes directly from the mouths of the officials involved. These techniques—which we’ve been using successfully for years against organized crime—include electronic surveillance, undercover operations, and informants/cooperating witnesses.

However, investigating public corruption is an FBI commitment as old as the Bureau itself. When we were founded in 1908, our responsibilities included the investigation of land fraud, which often involved corrupt public officials.

Because of the nature of public corruption, we work closely with the Department of Justice’s Public Integrity Section and U.S. Attorney’s offices to ensure laws, guidelines, and protocols are strictly adhered to during investigations.

Where do our cases come from? Sometimes from credible information from a Bureau source. Or we might uncover something about unrelated corruption activities during a public corruption investigation and spin that off into a new case. We receive complaints from citizens. Disgruntled participants in corruption schemes sometimes come to us and tell us what they know. And occasionally, the corrupt official might self-report, hoping for leniency from the government.

And if a determination is made that the reported activity doesn’t rise to the level of federal prosecution, we can and do refer cases to state attorneys general offices or local prosecutors.

Public corruption, though, is not just an American problem—it plagues countries around the world. So the FBI offers training to foreign law enforcement, prosecutors, and judges through our International Law Enforcement Academy in Budapest, several other international academies, and our National Academy program at Quantico, Virginia.

In the U.S. and abroad, the FBI is doing everything we can to help ensure that the good name of the vast majority of public servants is not besmirched by a corrupt few.

The FBI—often in conjunction with other federal, state, or local partners—works about 4,000 public corruption investigations at any given time. Here are a few examples of some recent cases from around the country:

Disappearance of civil rights workers 50 years ago was pivotal time for the U.S. and the FBI.

A contractor thought requirements on military equipment were too stringent, so he cut corners.