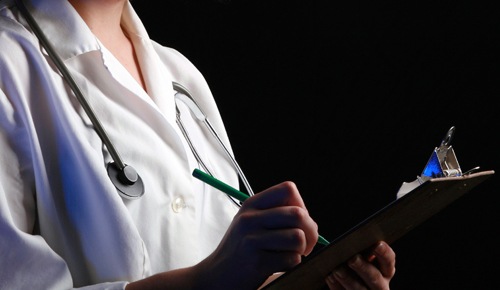 Imagine the emotional difficulty of arranging in-home hospice care for a terminally ill family member. Now imagine learning after the fact that your loved one had been cared for not by a nurse but by a medical imposter.

That is exactly what happened in more than 200 cases in the Dallas/Fort Worth area over nearly a three-year period when a woman who had stolen the identity of a registered nurse used those credentials to gain employment with multiple hospice companies.

“Jada Necole Antoine had absolutely no nursing experience or medical training,” said Special Agent Brian Marlow, who investigated the case out of the FBI’s Dallas Division. “The thought of having someone who is not a nurse taking care of your parent or loved one is not only criminal, it is morally outrageous.”

The Bureau’s investigation began in 2013 as a result of a local traffic stop in Texas. When the patrol officer asked for identification, Antoine produced her own driver’s license, and it turned out there was a warrant for her arrest on another matter. She also had other identification in the car—including documents belonging to the victim nurse—along with a number of medical records. That information was forwarded to the Medicare Fraud Strike Force team in Texas, which consists of the FBI, the Department of Health and Human Services, the Texas State Attorney General’s office, and local law enforcement. The strike force is part of a larger, nationwide effort aimed at combating health care fraud and abuse.

As the strike force team began to investigate the paperwork found in Antoine’s car, “we learned about the hospice companies Antoine had been associated with,” Marlow said. “In all, we found eight different hospices she had worked for using the nurse’s stolen identity.”

During the time she was carrying on this fraud—from approximately January 2009 through April 20, 2012—Antoine was paid more than $100,000 from the various companies who unwittingly employed her. She had direct responsibility for patient care and submitted documents to the hospice companies that falsely indicated care was provided by a registered nurse. Those false statements caused the hospice companies to submit false claims to Medicare and Medicaid totaling approximately $800,000.

Antoine victimized 243 hospice patients by depriving them of legitimate health care from a properly licensed individual, Marlow said. Court records show that Antoine treated patients who were mentally ill, comatose, asleep, and otherwise unresponsive to sound and touch, and in those instances, she made her own assessments of the patient’s pain and comfort levels, digestive function, and breathing.

She also had access to patients’ medical charts and detailed personal information, which, said Marlow, “was greatly concerning because of her history of identity theft crimes.”

With investigators on her trail, Antoine fled Texas but was apprehended in Georgia in 2014 and charged with fraud and identity theft. She pled guilty, and this past August, a federal judge sentenced the 34-year-old to four years in prison.

“Many of the patients she allegedly cared for were completely at her mercy,” Marlow said. “Now that she is behind bars,” he added, “she will not be able to victimize anyone else.”

Director Comey discussed current threats and the FBI’s efforts to address new challenges, including terrorists’ use of technology to communicate.

Two-factor authentication increases security by incorporating requirements beyond something you know (your password).