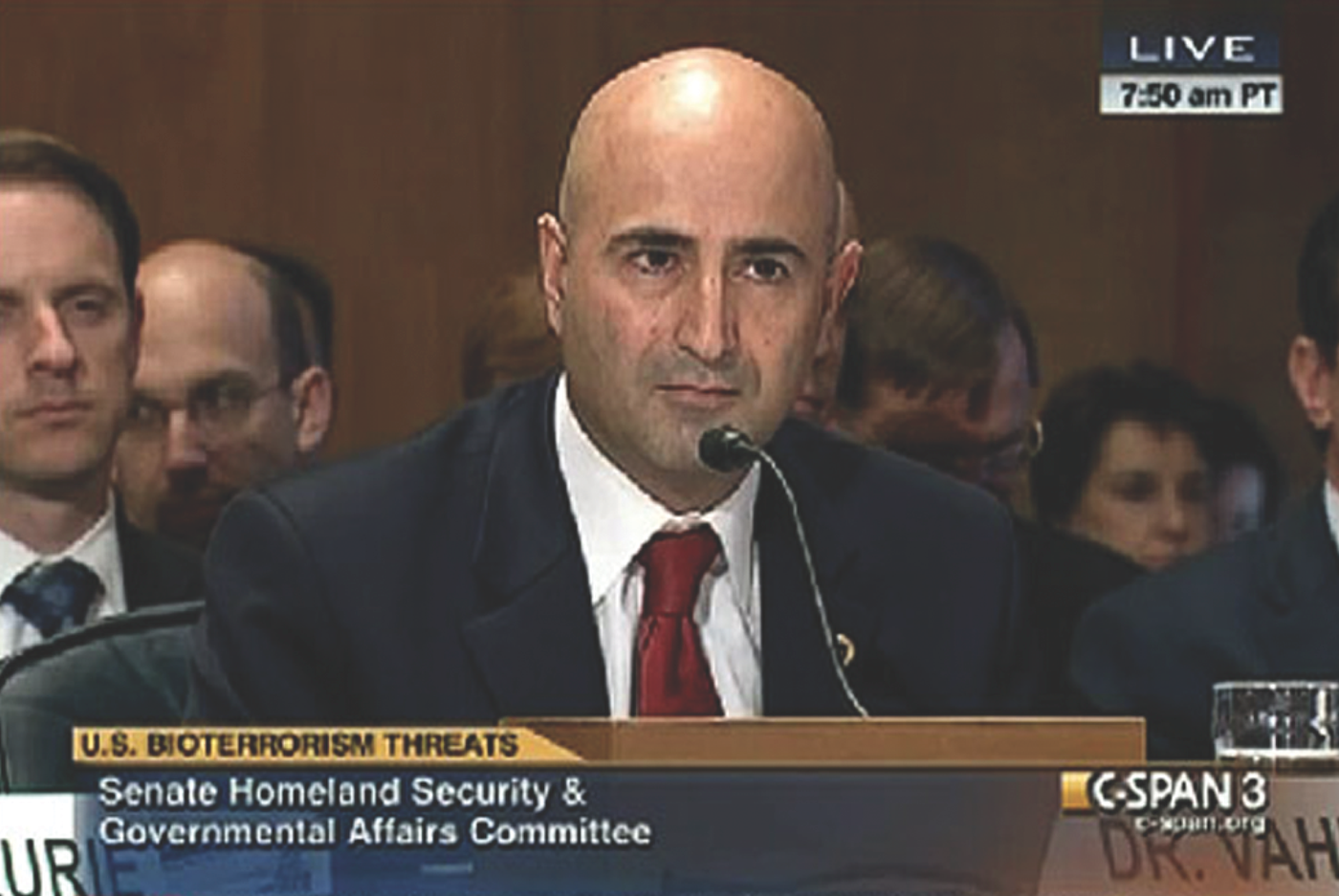 Vahid Majidi, assistant director of the FBI’s Weapons of Mass Destruction Directorate, discusses changes the Bureau has made since a bio-terrorism attack in 2001.

In the decade since deadly anthrax spores were sent through the mail in 2001, killing five people and sickening 22 others, the FBI has made significant advances in efforts to prevent and identify bio-terror threats. That was the message delivered Tuesday at a Senate hearing entitled: “Ten Years After 9/11 and the Anthrax Attacks: Protecting Against Biological Threats.”

On a panel of federal experts that included the Departments of Homeland Security and Health and Human Services, Vahid Majidi—head of the FBI’s Weapons of Mass Destruction Directorate—described how much the Bureau has changed since the first of several anthrax-laced letters began arriving in mailboxes a week after 9/11. Our primary focus is on prevention.

“Domestic and international terrorist groups, such as al Qaeda and its affiliates, have shown unwavering interest in using biological agents and toxins,” Majidi said during the hearing before the Committee on Homeland Security and Governmental Affairs. “The FBI is dedicated to protecting our nation and will continue to collaborate with the scientific community to proactively address new biological threats on the horizon.”

In response to the anthrax mailings, the FBI retooled to better target the bio-terror threat and to nurture relationships with like-minded partners in the scientific, health, agricultural, and law-enforcement communities.

In 2004, the 9/11 Commission recommended the FBI carve out a specialized branch of personnel to focus on counterintelligence and on counterterrorism—the Bureau’s top priority. In 2005, FBI Director Robert S. Mueller assigned the newly formed National Security Branch to create an operational element to focus on chemical, biological, radiological, nuclear, and explosive matters—what in 2006 became the Weapons of Mass Destruction Directorate (WMDD). Over the last five years, Majidi said, the directorate has “developed and refined capabilities.”

On February 19, 2010, the Justice Department, the FBI, and the U.S. Postal Inspection Service formally concluded the investigation into the 2001 anthrax attacks and issued an Investigative Summary. Details

“WMDD’s primary mission is the prevention of WMD terrorism and proliferation through proactive programs,” Majidi said. While specific methodologies remain classified, Majidi listed a number of programs and initiatives the FBI created or collaborates on to identify, thwart, and investigate threats.

“The FBI addresses bioterrorism threats by identifying points of vulnerability for biological agents, acquisitions, weapons development, and, ultimately, the execution phase,” Majidi told the panel. To that end, his prepared remarks outlined a few of the hundreds of cases of biological substances or suspicious powders the FBI has probed since 2006. They include a Pennsylvania man who was infected by naturally occurring anthrax in 2006 and a Las Vegas man who was cooking up the pathogen ricin in his hotel room in 2008.

“Significant progress and partnerships have been made with all levels of government, industry, and the scientific community since the creation of the WMDD,” Majidi said, “all of which improve the FBI’s capabilities in its mission.”

The latest national assessment shows gangs are expanding, evolving, and a growing threat.

An updated museum exhibit contains 60 artifacts from the 9/11 investigation.