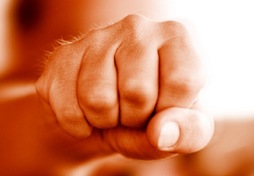 It was a gruesome and hateful crime—three men with white supremacist tattoos punching and kicking the face and body of an African-American man at a bus stop in Houston last summer simply because of the color of his skin. All three were recently convicted of the attack, following an investigation by the FBI and its partners.

It’s not an isolated case. It seems like a throwback to a different era, but white supremacy—which sees whites as inherently superior to those of other races—still exists in America today. Having those kinds of beliefs is not against the law…as a matter of fact, it’s protected by the First Amendment. But white supremacy becomes a crime—and for the FBI, a form of what we call extremism—when it is furthered through threatened or actual use of force or violence or other illegal activity.

The Bureau has been investigating the criminal activities of white supremacy extremists like Ku Klux Klan members since as early as 1918. Today’s extremists are more challenging than ever. They’re affiliated with a variety of white supremacy groups, and they can be motivated by any number of religious or political ideologies. We’re also seeing more lone offenders and small, violent factions of larger groups at work, which makes detection of these crimes tougher.

White supremacy extremists specifically target racial, ethnic, and religious minorities; the federal government; and in some instances, even each other. Their tactics include assault, murder, threats and intimidation, and bombings. They also commit other kinds of crimes—like drug trafficking, bank and armored car robberies, and counterfeiting—to fund their hate-filled activities.

In recent months, the FBI has led or participated in several significant investigations involving violence or attempted violence by self-admitted white supremacists. A few examples:

Moving forward, we see three keys to turning back the ongoing scourge of white supremacy extremism:

If you have information on domestic terror threats of any kind, submit a tip or contact your local FBI field office.