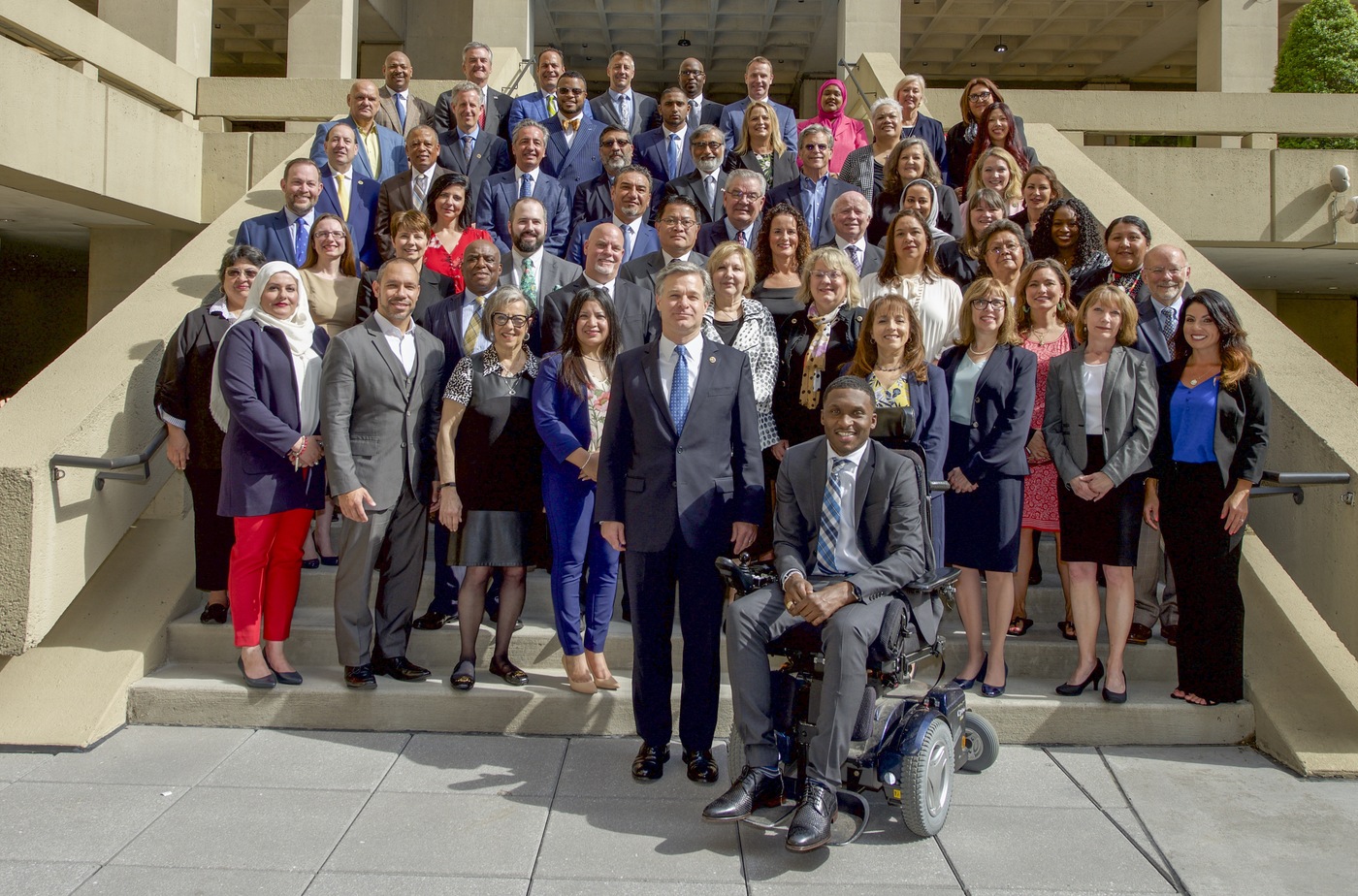 Recipients of the 2018 Director’s Community Leadership Awards, pictured with Director Christopher Wray, were honored in a ceremony at FBI Headquarters in Washington, D.C., on May 3, 2019.

The FBI’s Honolulu Field Office chose to recognize Native Hawaiian Veterans, LLC, as the recipient of its 2018 Director’s Community Leadership Award. Among its many contributions, the organization has established the Kina‘ole Foundation, which provides educational and business development programs primarily in Hawaii, with a special focus on Native Hawaiians.

Kina’ole founder Raymond Jardine, Jr. says the name of the foundation comes from an old Hawaiian word that speaks to a tradition of putting the absolute best into your work or service. “It means doing the right thing, in the right way, at the right time, in the right place, to the right person, for the right reason, with the right feeling,” according to Jardine.

Based on that definition, kina‘ole is reflected in abundance in the 57 individuals and organizations being recognized today during a ceremony at FBI Headquarters in Washington, D.C. The Director’s Community Leadership Awards (DCLA) honor those who are meeting a need, answering a call to serve, and working to make communities safer and stronger.

“You’ve identified some of the toughest problems that are out there,” FBI Director Christopher Wray told the awardees, who gathered with friends, coworkers, and family to be honored by the FBI community. “And you haven’t waited for someone else to fix them.”

That is exactly what happened with Bags of Love, Inc., a non-profit based in Eugene, Oregon, that began when founder Di Barrong learned from a foster parent that children often enter the system with nothing—sometimes not even a toothbrush or a change of clothes. As Wray said, she didn’t wait for someone else to solve the problem. In 2008, she started bundling gently used children’s clothing in homemade bags in a bedroom of her home.

The effort has grown to serve more and more children every year. With a skeleton staff but an army of volunteers and a deep well of community support, the organization provided 2,200 homemade bags filled with toys, a blanket or quilt, books, clothes, school supplies, toiletries, and other necessities to children in poverty or crisis in 2018. “We are about to make our fourth move to a bigger warehouse,” said Executive Director Becky Stenzel, who accepted the award on behalf of the group.

She said much of the organization’s growth comes from better awareness among local agencies about the services they provide. Bags of Love also works with the FBI in connection with investigations that involve children who will need to be moved into temporary care.

In the Boston area, Deeqo Jibril also didn’t hesitate to step up and step outside the roles traditional to Somali women to help her neighbors. Jibril created the Somali Community and Cultural Association to encircle new Somali immigrants with programs that support both community integration and cultural preservation. 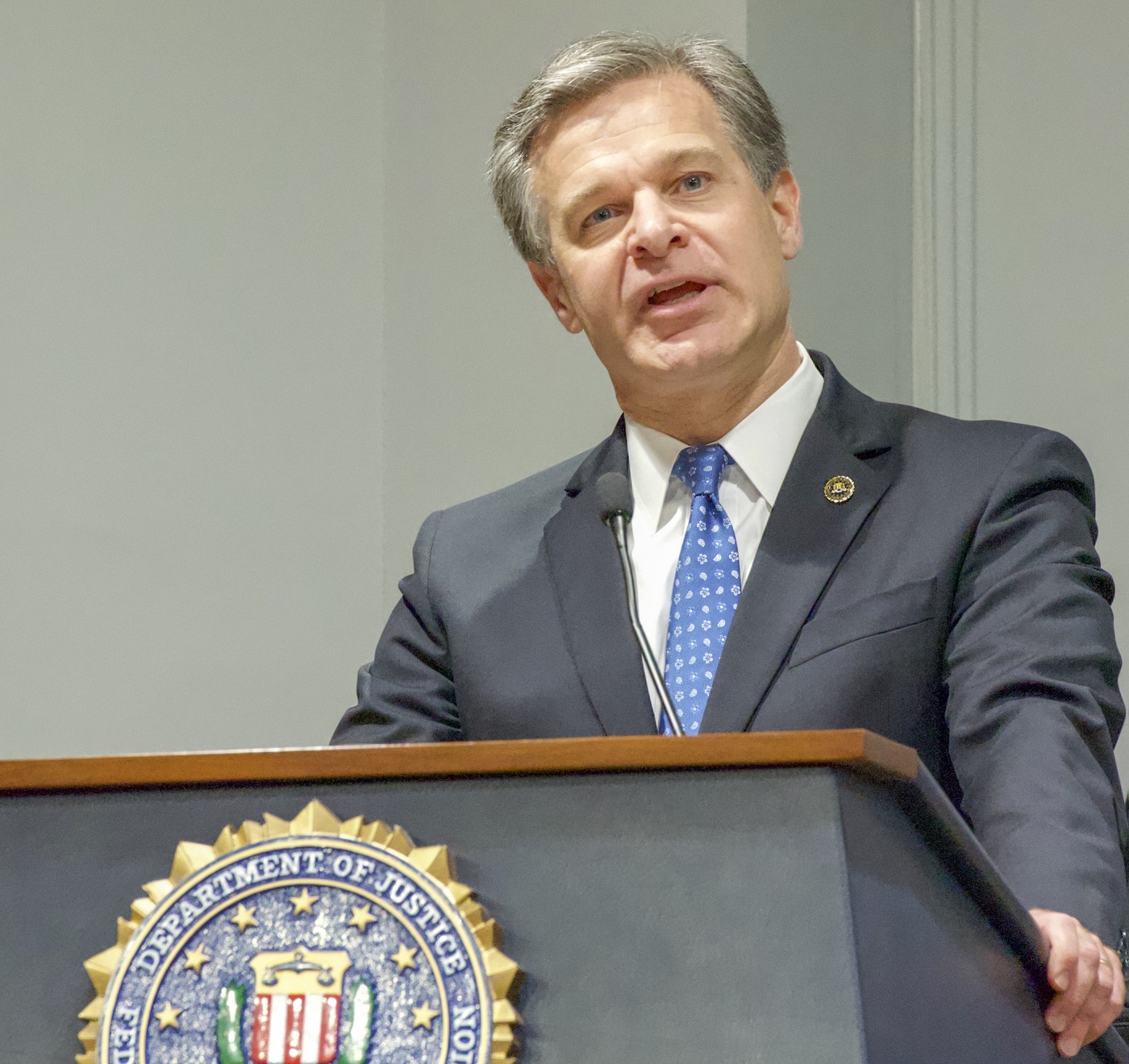 “You’re out in our neighborhoods. You see what’s happening in our communities every day. And you’re taking action to make it better.”

“There were no organizations in Boston that could help Somali women and children navigate the systems,” said Jibril. The association helps families find housing and work and enroll children in school while keeping up cultural connections and traditions.

To help foster trust and build connections among the Somali community in Boston and law enforcement, Jibril invited more than 100 people, including many agents from the FBI Boston Field Office, to Eid al-Fitr, the feast that marks the end of Ramadan. Jibril says the 2016 celebration helped connect the two groups: “Our community needed to know they are there to protect us, and they need to know we are good people.”

Texas Center for the Missing was also created to help guide families through times of need and build connections between the community and public safety. The non-profit, which aids families when a loved one goes missing and supports prevention efforts and law enforcement training, was founded by Doreen Wise after the disappearance and death of her son.

“I think every family feels they have to reinvent the wheel when their loved one goes missing,” said Beth Alberts, who accepted the award as the CEO of the center. She said part of their mission is to guide families through every step of a painful and frightening process. “Until you’re in it, you don’t know what is involved,” said Alberts. “We answer the phone seven days a week. Sometimes the family just needs an ear.”

Alberts also trains local law enforcement on the application and use of the AMBER Alert system, said Special Agent Glenn Gregory of the FBI’s Houston Field Office. “She is the key person who makes sure that the system is working properly,” Gregory explained. “She assists agencies in making sure they have complete information and will actually issue the alert when a child is abducted.”

For addressing needs small and large and working to tackle both national issues and neighborhood-specific concerns, the recipients of the DCLA truly represent kina‘ole and the best of community service and community building.

“You’re out in our neighborhoods,” said Wray. “You see what’s happening in our communities every day. And you’re taking action to make it better.” 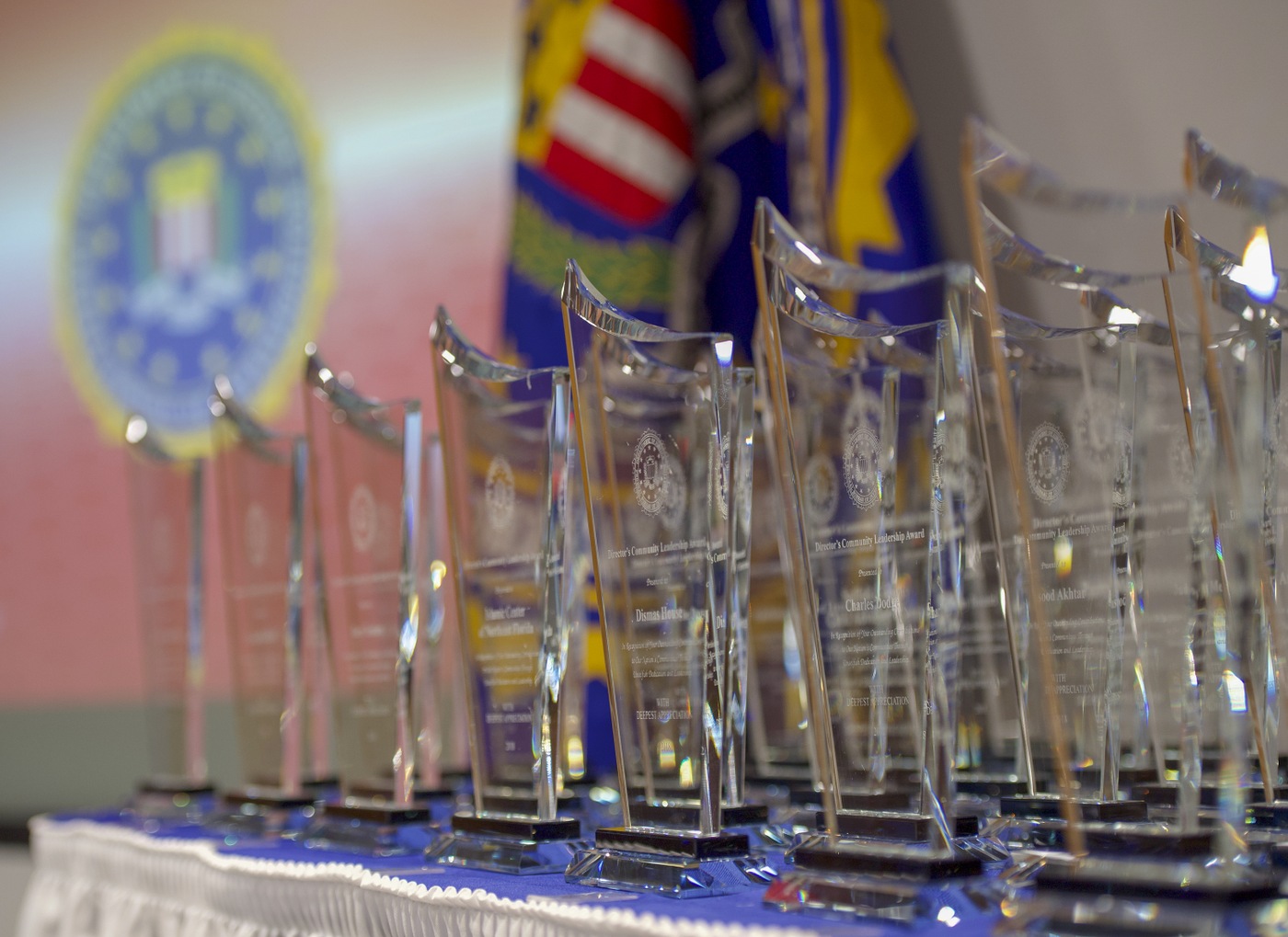 A total of 106 officers were killed in the line of duty last year—an increase from 2017—according to the FBI's Law Enforcement Officers Killed and Assaulted, 2018 report, released today.

A looming deadline for 9/11 responders to sign up for health benefits is leading to renewed efforts inside the Bureau to make sure everyone who worked the expansive crime scenes accesses the health resources available to them.