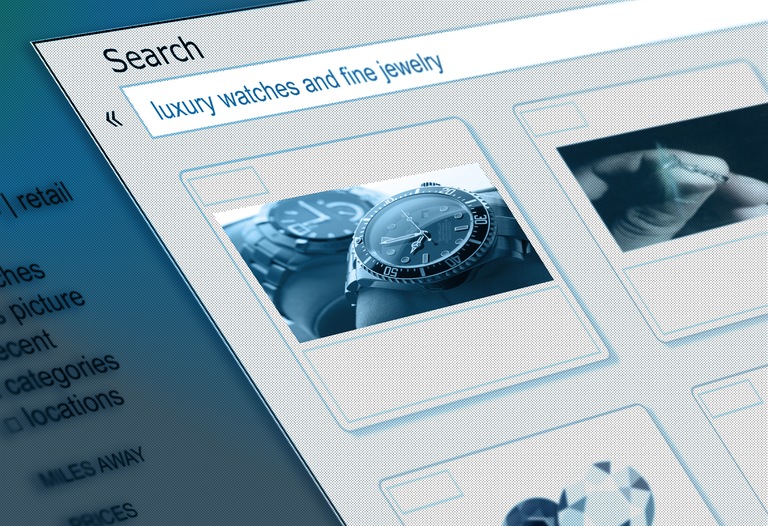 For the high-end jewelry sellers on the popular online classifieds site Craigslist, it must have seemed like their ship had come in: A prospective buyer in California offered not only their asking price but would fly them into town and have a limo waiting.

“The individual would think they were going to the jewelry store to meet with the actual buyer,” said Special Agent Darin Heideman, who works out of the Oakland Resident Agency of the FBI’s San Francisco Division, “when in fact, a co-conspirator would take them to a predetermined location, assault them, and then basically rob them of all their items.”

The crew of robbers, based in the San Francisco Bay Area, is estimated to have stolen more than $500,000 in jewelry from victims who traveled from more than six states between November 2012 and December 2013. Five men were charged in 2014 in connection with the violent robberies during which, among other items, a $90,000 Cartier watch, a $14,000 Rolex watch, and a $19,000 engagement ring were stolen. The last member of the crew to be sentenced, Michael Anthony Martin, 42, of Tracy, California, was handed a term last December of 30 years in prison.

The case illustrates how the FBI and police work together on cases that may at first appear to be local or isolated, but on closer investigation can span multiple jurisdictions. In this case, a Bay Area detective’s efforts to solve a “snatch-and-grab” robbery at a Fremont, California coffee shop ultimately led him to more than 20 similar robberies of victims from as far away as Wisconsin and Florida. Fremont Police Department Det. Michael Gebhardt’s legwork also uncovered the scheme’s mastermind: a prison inmate who personally called Craigslist targets—purporting to be a successful record producer—and assigned his co-conspirators to carry out the plans.

“It’s definitely a tale of something that started small and just mushroomed into this massive investigation,” said Gebhardt.

It all started in 2012 with the brazen robbery of a Bay Area man who was selling his watch. The seller and the purported buyer, both local, arranged to meet in Fremont in a public place—a coffee shop. “As they are talking, the potential buyer just grabs the Rolex and takes off running,” Gebhardt said.

“It’s definitely a tale of something that started small and just mushroomed into this massive investigation.”

Video surveillance and the so-called buyer’s cell phone number turned up an identity that police were able to link to two more robberies in Bay Area cities. In each case, the victims were selling Rolex watches and the prospective buyers grabbed the goods and ran. “The M.O. [modus operandi] is the same,” Gebhardt recalled thinking. “He’s targeting people on Craigslist for Rolexes.”

Two months later, the detective received word that police in Oakland were investigating five similar robberies, including one they witnessed firsthand during a separate investigation. Oakland police officers arrested three men, who it turned out were associates of the watch thief Gebhardt was investigating for the 2012 coffee shop heist. With some digging, Gebhardt learned his subject was taking directions from his father, an inmate at the California Men’s Colony state prison. The father was using a number of relatives, including his son and a cousin in Texas, to lure prospective Craigslist sellers with flights and limos and then have co-conspirators rob them once they were captive. 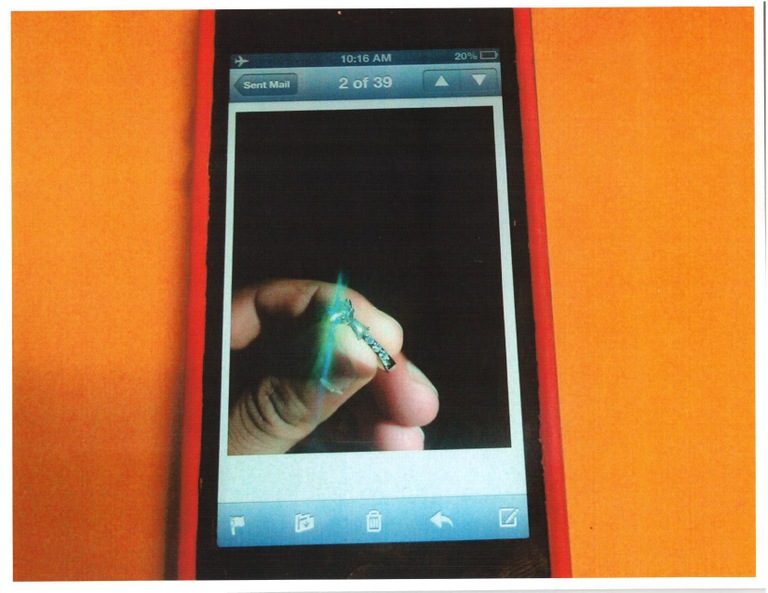 This ring, shown in an image on a mobile phone belonging to a member of the robbery crew, is believed to be one of the stolen items in the Craigslist robberies.

For the sellers, it might have seemed a safe bet when prospective buyers offered plane tickets and limos. “That’s exactly what they want,” said FBI Special Agent Paul Healy, who also worked the case out of Oakland. “They’re being told everything’s being taken care of.”

Heideman said it was a relatively small investment for the robbers. “You have to think—what does a plane ticket cost? Probably $400 to $500. A limo is going to cost a couple hundred bucks,” he said. “If you're traveling with a $30,000 diamond, that’s just a drop in the bucket to what they are going to steal. They were able to build these personas and build trust where there should not have been trust.”

Gebhardt learned of a Wisconsin woman who flew to St. Louis to sell the $19,000 diamond ring she had listed on Craigslist but ended up getting robbed instead. When Gebhardt saw a picture of the suspect, he recognized it was the same guy he’d been trying to run down—the son of the prison inmate. Still other cases—from Florida, Oregon, and Colorado—started to point back to the same prime suspects and associates.

“So we needed one big agency to basically be able to charge this thing,” Gebhardt said. The detective called the FBI, and agents from the Oakland Resident Agency helped set up a sting. They posted an ad on Craigslist hoping to attract the attention of the robbery crew’s leader in prison. And it worked.

“He calls me from prison and we set up a deal to sell my Rolex to him,” Gebhart said. “I would be flying in from Texas to the Oakland airport. He would have a driver pick me up.”

As that plan was coming to fruition, the FBI discovered that another Craigslist seller from Los Angeles was to arrive—with his Rolex—in Oakland on the same day.

“Obviously we couldn't let him get robbed, but we also didn’t want to tip him off because we didn't want him to call the guy that was going to rob him,” said Heideman. So the investigators posed as Craigslist buyers, contacted the seller in L.A., and outbid the robbery crew. They met him in a bank parking lot in Oakland. “We basically pulled him aside and said, ‘Here’s what you were about to walk into,’” Gebhardt said. “He was obviously relieved.”

“They were able to build these personas and build trust where there should not have been trust.”

Meanwhile, on the same day of the sting in Oakland—December 16, 2013—two other simultaneous operations took down the robbery crew’s mastermind in prison and arrested his son, who was in hiding in Alabama.

The arrests led to federal indictments in 2014 against five defendants who have since received sentences ranging from 41 months to 30 years. The father, who cooperated with investigators, was given an addition seven years in prison for his role.

Looking back, the robbery crew was so prolific and violent they had no choice but to expand beyond their local area, agents said. Even limo drivers stopped working with them. “They would literally wear out a jurisdiction,” said Healy. “So they would go 40 miles away—or 400 miles away—to another town to do it.”

The Craigslist website offers tips on personal safety when meeting someone for the first time. The site states, “With billions of human interactions, the incidence of violent crime related to Craigslist is extremely low.”

Among the personal safety tips:

Meanwhile, some jurisdictions have moved to create “Safe Lots” for exchanging items from online classifieds. Det. Gebhardt says his department suggests on social media that if people are going to meet, they should meet in their local police department’s parking lot.

“If somebody says, ‘I don't want to meet there,’ then that’s probably a red flag about the person you’re meeting,” he said.

At a recent event in Houston sponsored by the FBI’s Diversity Agent Recruitment Program, potential employees with varied backgrounds learned what it takes to become a special agent.