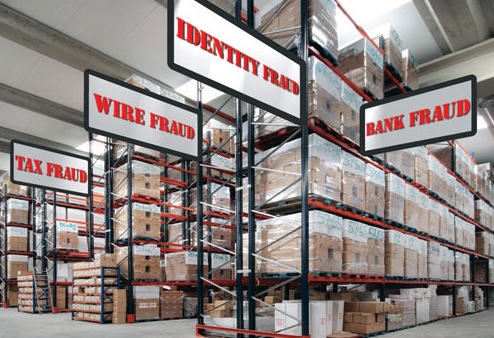 They hijacked identities on the other side of the globe…faked drivers’ licenses and other documents…built bogus credit histories and boosted the scores in clever ways…then used it all to open bank accounts and credit lines they could loot at will.

In the end, they created what our Newark Special Agent in Charge Mike Ward called a “crime superstore”—a sophisticated way to rob financial institutions, retailers, car leasing companies, and even the IRS out of millions of dollars.

Following an undercover investigation led by the FBI and its partners, it all came crashing down in September 2010, when 43 members of the criminal ring were charged in this complex scheme. Another 10 individuals were charged for various related offenses at the same time during a coordinated takedown. And on Monday, the leader of the band of thieves—San-Hyun Park, known to his criminal colleagues as “Jimmy”—pled guilty in federal court in Newark.

The Park criminal enterprise started by stealing Social Security numbers from unsuspecting individuals—usually from China—who were employed in American territories in Asia like Saipan, Guam, and the Philippines. These identities were then sold to customers in the U.S. for $5,000 to $7,000. Although the stolen identities were Chinese, the vast majority of Park’s customers were Korean-Americans. The ring would use the phony Social Security numbers to obtain authentic driver’s licenses, identification cards, and other identity documents from various states…or manufacture counterfeit licenses and other documentation.

Based in Bergen County, New Jersey, Park’s organization was subdivided into different cells, each with a unique role. First, there were the customers who paid Park and his co-conspirators for fake identity documents. Then, there were the brokers, suppliers, and manufacturers of the phony identity documents—like Social Security cards, immigration documents, and driver’s licenses. A third group included merchants who colluded with the organization by knowingly swiping phony credit cards in return for a fee called a kkang. The credit card buildup teams made up the fourth group, fraudulently inflating credit scores to help open the bank and credit accounts.

The buildup teams would take one of the stolen Social Security numbers—and the Chinese identity attached to it—and add that person’s name as an authorized user to other co-conspirators’ credit card accounts. These co-conspirators, who knew their accounts were being used to commit fraud, received a fee for their service.

After the credit buildup was completed, the Park criminal enterprise conspired with its customers to use the fraudulent identities to apply for checking accounts, bank and retail credit cards, debit cards, lines of credit, and loans. Members of the criminal conspiracy used their sizeable proceeds to live large, buying such luxury items as fancy cars, expensive liquor, and designer shoes.

The multi-agency investigation made use of cooperating witnesses and an undercover federal agent, as well as court-authorized wiretaps, to record incriminating conversations among members of the crime ring and others. The FBI partnered with several federal agencies and local police departments in New Jersey, among others. We also worked cooperatively with the major banks, credit card companies, and department stores targeted by this criminal organization.