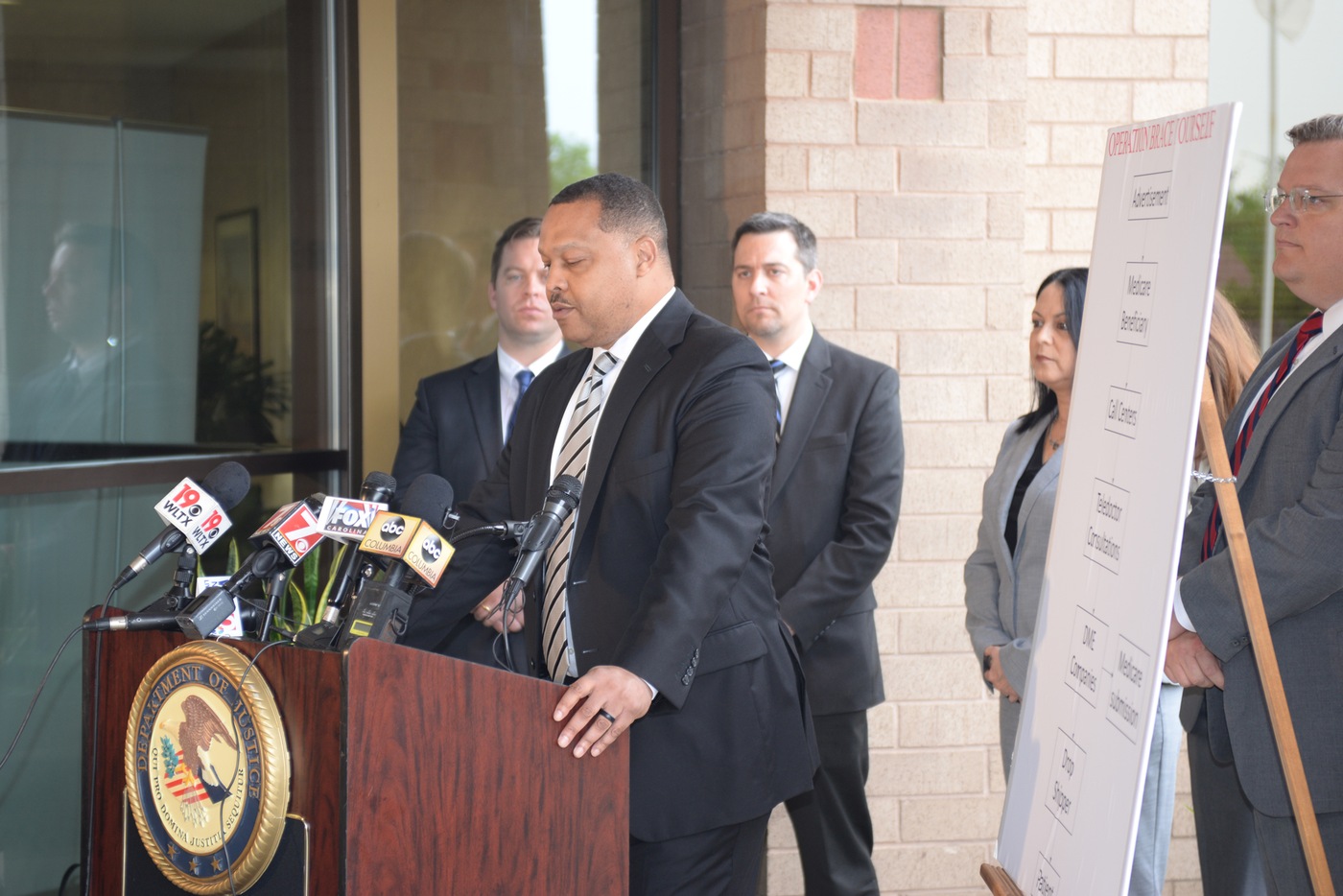 FBI and Department of Justice officials today announced the disruption of one of the largest Medicare fraud schemes in U.S. history. An international fraud ring allegedly bilked Medicare out of more than $1 billion by billing it for unnecessary medical equipment—mainly back, shoulder, wrist, and knee braces.

The FBI and partner investigative agencies announced charges against 24 people—three were prescribing medical professionals, and the rest were owners or high-ranking officials in medical equipment or telemedicine companies. The indictment alleges the scheme has gone on for about five years.

Medical equipment companies often charge Medicare directly for providing equipment to Medicare patients. While this practice alone is not illegal, the alleged illegal activity in this scheme occurred when the medical equipment companies paid a firm in the Philippines to recruit individuals, through advertising on television or online, who were Medicare patients and may or may not have had a medical need for the braces.

The companies then allegedly paid doctors kickbacks to prescribe unnecessary braces “without any patient interaction or with only a brief telephonic conversation with patients they had never met or seen. The proceeds of the fraudulent scheme were allegedly laundered through international shell corporations and used to purchase exotic automobiles, yachts, and luxury real estate in the United States and abroad,” the news release announcing the arrests said

“Alleged fraud like this takes money away that could be put into research or better care for patients.”

More than 100 equipment companies will have their Medicare payments cut off as part of the operation, according to the release.

At a news conference today in Columbia, South Carolina, officials said the operation took down every aspect of the far-reaching scheme—from the international call centers to the telemarketing companies to the shipping companies that were involved.

Investigators estimate Medicare paid as much as $17 to $22 million a week to the companies allegedly participating in fraudulent practices.

“Alleged fraud like this takes money away that could be put into research or better care for patients. That billion dollars could’ve been spent on medical care for patients who really needed it,” said Special Agent Karen Corbett, an FBI Criminal Investigative Division supervisor who oversaw the case.

The massive, months-long investigation known as Operation Brace Yourself spanned 20 FBI field offices and involved several partner agencies, including the Internal Revenue Service’s Office of the Inspector General, the Department of Health and Human Services’ Office of the Inspector General, Center for Medicare and Medicaid Services, U.S. Secret Service, and the Department of Veterans’ Affairs.

Three men were sentenced to federal prison after being convicted of conspiring to use a weapon of mass destruction against Somali immigrants in a Kansas apartment complex.

The FBI’s Victim Services Response Team, a specially trained cadre of victim specialists, agents, and analysts, was established in 2005 to provide support for victims in mass casualty events.