Attorney Turned Racketeer a ‘Stunning’ Betrayal of the Law

‘Stunning’ Betrayal of the Law 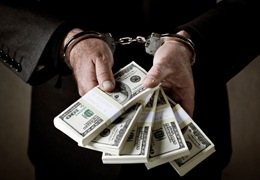 Earlier this year, a man was put on trial in a federal courtroom in Newark, New Jersey. From the list of charges—nearly two dozen in all—he sounded like a gang leader, drug lord, or organized crime boss. He was accused of running a criminal enterprise, conspiring to murder a federal witness, committing wire fraud, distributing cocaine, and facilitating prostitution, bribery, and other crimes.

But the individual who was ultimately convicted on 23 criminal counts and sentenced to life in prison was actually a high-powered Newark lawyer, a former New Jersey state and federal prosecutor-turned defense attorney.

His name is Paul Bergrin, and, in the end, he sacrificed the oath he had once taken to protect and defend the Constitution of the United States for the chance to line his own pockets. As New Jersey U.S. Attorney Paul J. Fishman said following the jury conviction, “Bergrin’s conduct was a stunning violation of his role as an officer of the court and a betrayal of his roots as a member of law enforcement.”

For years, Bergrin and his law firm were highly successful. His busy client roster ran the gamut—from famous celebrities to gang leaders and drug traffickers. He was a man-about-town who wore expensive suits, drove luxury cars, and rarely lost a case.

But after the 2004 murder of a federal informant who had damaging information about one of Bergrin’s criminal clients, the FBI began an investigation. We uncovered evidence that revealed Bergrin was using his law offices as a cover to conduct illegal activities to protect his criminal clients from prosecution and carry on their unlawful pursuits. He used his position as a criminal defense attorney to manipulate and disrupt court proceedings on behalf of his clients.

And of course, he was paid handsomely for all of it.

Bergrin had so many crimes on his plate that he recruited others—including his girlfriend (who worked at the law firm), his law partner, and one of his criminal clients—to take part in his racketeering enterprise. All told, eight of the nine individuals charged in the 2009 indictment pled guilty.

The probe into Bergrin and his co-conspirators was complex and involved investigators from the FBI, the Internal Revenue Service-Criminal Investigations, and the Drug Enforcement Administration. After a 2011 trial which ended with a hung jury, his 2013 trial (Bergrin represented himself at both trials) ended a bit differently—the jury quickly found him guilty on all counts.

The case was proof once again that those entrusted with the guardianship of our legal system are not above the law.

Five individuals have been added to the FBI's Cyber Most Wanted list for their roles in domestic and international hacking and fraud crimes.