The 20th Anniversary of 9/11: Remembering Lives Lost, Sacrifices Made

The 20th Anniversary of 9/11: Remembering Lives Lost, Sacrifices Made

Good morning. It’s an honor to be here with all of you this morning.

During my first year as Director, back in 2017, I joined the TSC in commemorating the 16th anniversary of the September 11 attacks. In the blink of an eye, four more years have passed, and it’s hard to believe that tomorrow marks the 20th anniversary of that tragic day. I will never forget being with former Director Mueller and then-Attorney General Ashcroft in SIOC on the day of the attacks.

The place was packed to capacity, with people spilling out of every corner, and more joining by the minute—all trying to help, trying to comprehend the horror that was unfolding. And though it was a chaotic and shocking time, it was also a time of incredible solidarity. Because every single person there—at that very moment—had just one purpose. To make sure it never, ever happened again. To keep people we will never know, and families we will never meet, safe from harm. I was humbled and inspired by that feeling then, and I still am to this day.

Since stepping into this role, I’ve had the somber privilege of visiting each site—the Pentagon, Shanksville, and Ground Zero itself several times. And while visiting the National September 11 Memorial and Museum in New York one of those times, I observed—like many do who spend time there—a quote from the ancient Roman poet, Virgil, displayed prominently on a wall. It reads, “No day shall erase you from the memory of time.”

Two decades after one of the darkest days in this nation’s history, the memory is as strong as ever. We remember September 11 as if it were yesterday. And we remember every life lost. Special Agents Lenny Hatton and John O’Neill were two of those we lost that day. And in the last few years, painful remnants of that day continue, as we’ve also sadly lost other members of our FBI family to 9/11-related illnesses. I’ve had the honor of speaking with them during their final days, and at their funerals with their loved ones and family. Those moments have been some of the most sobering over the past four years, but also the most reverent. Because on behalf of the entire FBI, I was able to one more time thank them for their selflessness and service to our country.

Each life lost is a stark reminder that the long-term effects of the recovery work after September 11 are still present, even 20 years later. And as we stand here today, some are still suffering, especially our partners and first responders, who’ve been hit the hardest. They’ve lost colleagues and friends over the years too, all of them were extraordinary men and women who answered the call of duty, no matter the cost.

Over the course of the past two decades, we’ve learned the full extent of the sacrifices that hundreds of first responders made in the months after the attacks. Sacrifices and lives lost that we must never—and will never—allow to be forgotten,

You may have heard me say before that for a time after the attacks—when the shock and sorrow were still so very raw—we lived in a haze of days that seemed like September 12, over and over again. We kept asking ourselves, “What could we have done better? What should we have done better?” But we soon realized that looking back with regret wasn’t helpful. Under Director Mueller’s leadership, the FBI adopted a mentality of doing everything we could—and still can—to make sure we never have to ask the question, “What should we have done?” again. We began to live as if every day were September 10. And we’re still living that way today. Every day, we wake up asking ourselves, “What do we need to do to keep people safe today, and tomorrow, and the day after that?”

Because of September 11, the FBI transformed itself in ways that have made us better able to carry out our mission to protect the American people and uphold the Constitution. We became an intelligence-based national security and law enforcement organization—one that collects, uses, and shares intelligence in everything we do, not just in counterterrorism. We developed new capabilities to combat the terrorist threat, and we changed our focus from investigating terrorist plots and attacks after the fact, to stopping them before they occur. And we forged deeper, stronger partnerships with our colleagues in law enforcement and the intelligence community, and with our international counterparts.

All of these transformations have proven critical over the past two decades and will remain critical. As the tragic loss of 13 brave American service members and nearly 200 Afghans in Kabul painfully reminds us, foreign terrorist groups like ISIS still seek to carry out large-scale attacks against us.

For me, personally, September 11 was the single most impactful experience in my career. I think anyone working at the DOJ or the FBI that day would say the same.

When I became Director, I realized that the FBI was made up of some folks who, like me, remember exactly what they were doing at the FBI that day. Then there were those motivated by September 11 to join the FBI. But then there were those who were only kids when the attacks happened. And now, we’ve started hiring interns who weren’t even born when 9/11 happened. That’s why it’s so important that we take the time to remember this day. And why we now send all new agents and analysts to the 9/11 Memorial and Museum in New York. So that they never forget how that day transformed our nation. And how it transformed the FBI.

Today we are stronger, we are smarter, and we are better able to confront the threats we face now and the ones we can’t see yet. And while those threats have evolved a lot in 20 years, the men and women of the FBI—and our scores of law enforcement and intelligence partners—have never stopped working to keep the American people safe from another attack. And I can’t thank all of you for that enough. I go to sleep at night much easier knowing you’re on the job, keeping watch over the citizens we serve. 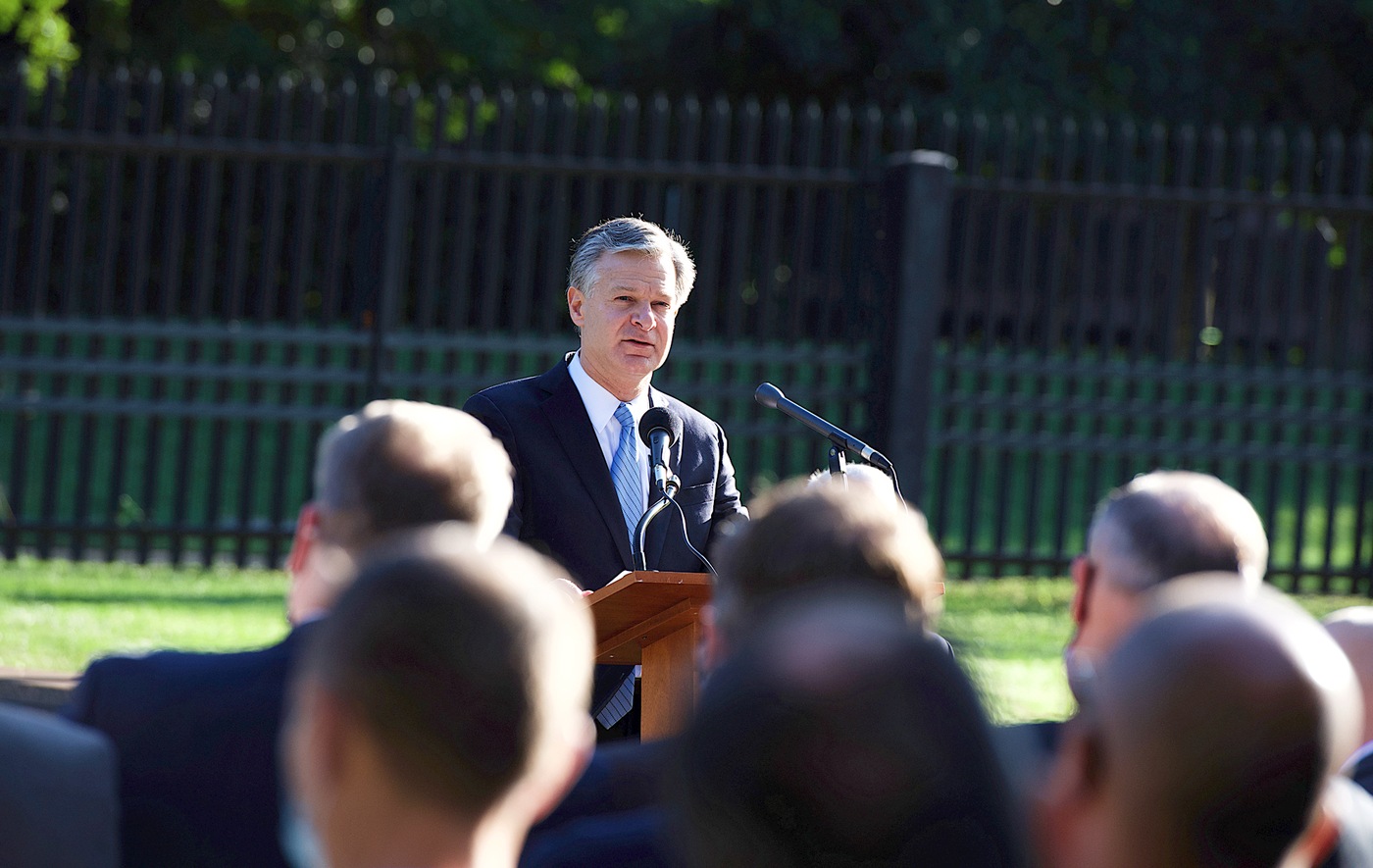 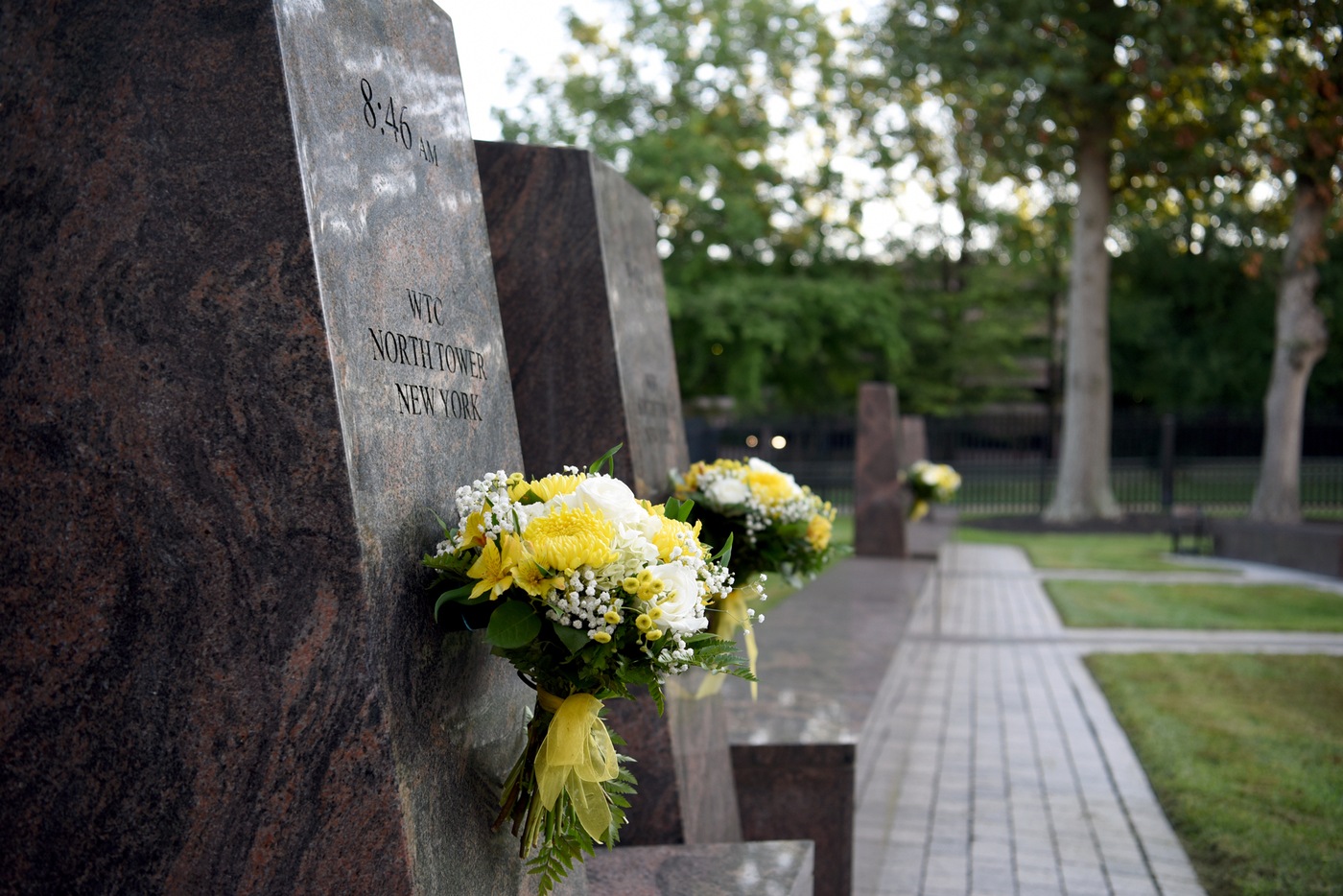 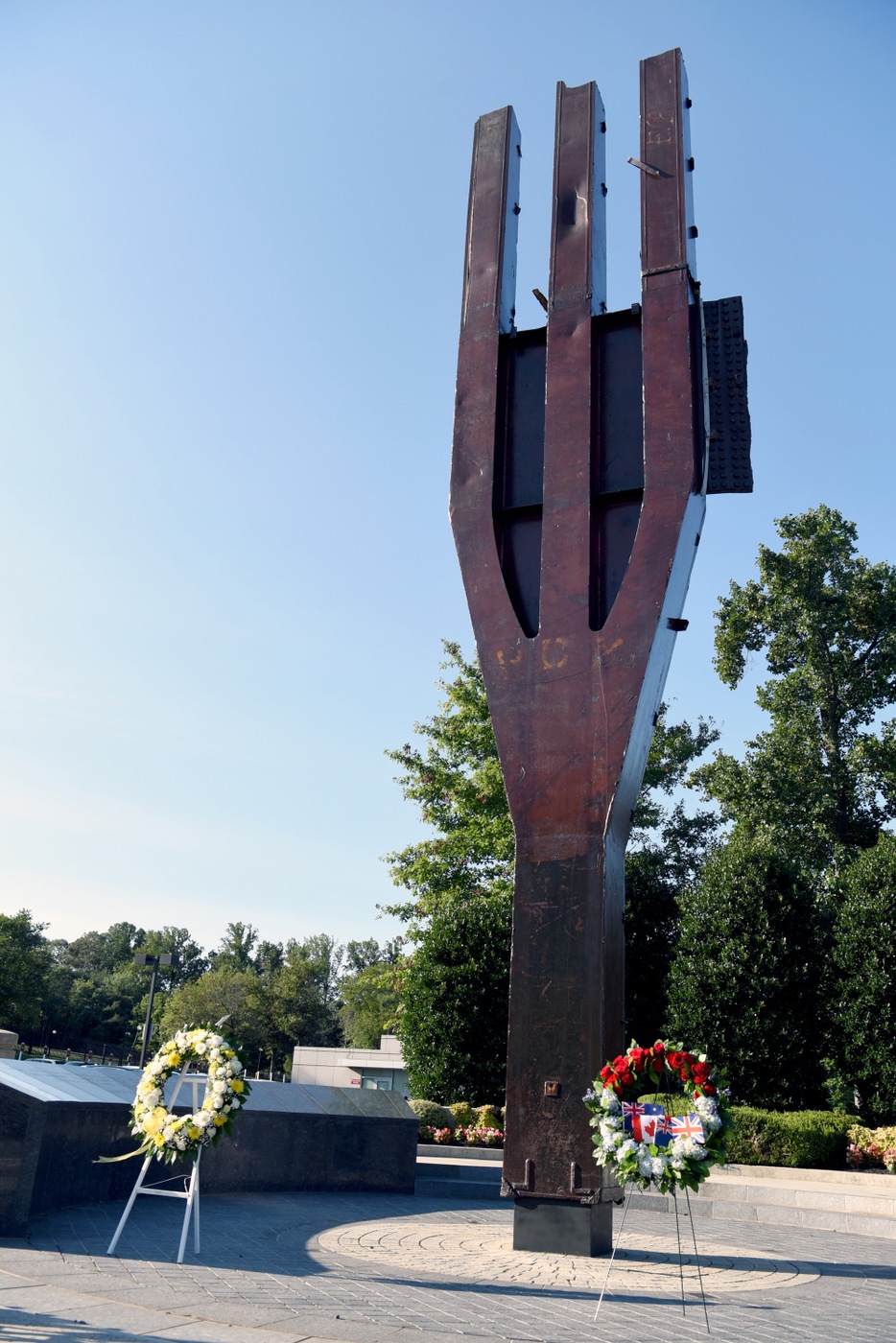