Spies might seem like a throwback to earlier days of world wars and cold wars, but they are more prolific than ever—and they are targeting our nation’s most valuable secrets. The threat is not just the more traditional spies passing U.S. secrets to foreign governments, either to make money or advance their ideological agendas. It is also students and scientists and plenty of others stealing the valuable trade secrets of American universities and businesses—the ingenuity that drives our economy—and providing them to other countries. It is nefarious actors sending controlled technologies overseas that help build bombs and weapons of mass destruction designed to hurt and kill Americans and others. And because much of today’s spying is accomplished by data theft from computer networks, espionage is quickly becoming cyber-based.

Inside the FBI’s
Counterintelligence Program 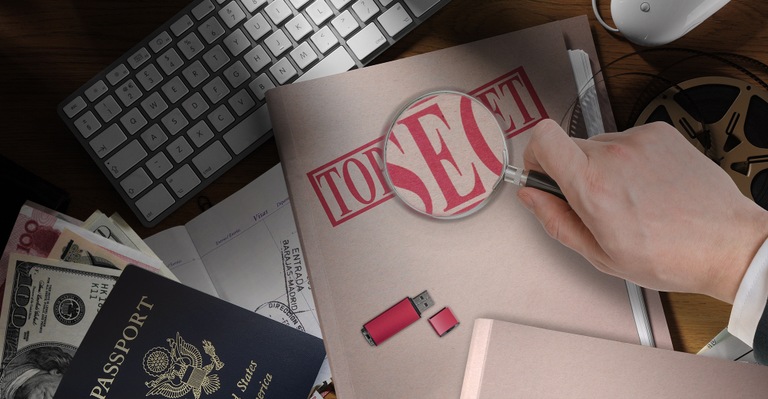 The FBI has been responsible for identifying and neutralizing ongoing national security threats from foreign intelligence services since 1917, nine years after the Bureau was created in 1908. The FBI’s Counterintelligence Division, which is housed within the National Security Branch, has gone through a lot of changes over the years, and throughout the Cold War the division changed its name several times. But foiling and countering the efforts of the Soviet Union and other communist nations remained the primary mission.

What is Economic Espionage?

Historically, economic espionage has targeted defense-related and high-tech industries. But recent FBI cases have shown that no industry, large or small, is immune to the threat. Any company with a proprietary product, process, or idea can be a target; any unprotected trade secret is vulnerable to theft by those who wish to illegally obtain innovations to increase their market share at a victim company’s expense.

In addition to investigative activity, the FBI works to counter the economic espionage threat by raising public awareness and informing industry leaders. For example, the FBI’s Counterintelligence Division develops training and outreach materials, participates in conferences, and visits members of private industry.

In collaboration with the National Counterintelligence and Security Center, the FBI launched a nationwide campaign and released a short film aimed at educating businesses, industry leaders, and anyone with a trade secret about the threat and how they can help mitigate it. Based on an actual case, The Company Man: Protecting America’s Secrets illustrates how one U.S. company was targeted by foreign actors and how that company worked with the FBI to resolve the problem and bring the perpetrators to justice.

The FBI has provided more than a thousand briefings on the economic espionage threat to companies and industry leaders, using The Company Man as a training tool. The FBI hopes to expand the scope of the audience to include a wider range of industry representatives, trade associations, and smaller companies and to encourage them to come forward if they suspect they are a victim of economic espionage.

The FBI, as the lead federal agency responsible for investigating…

The National Security Branch (NSB)—created in September 2005 in response to a presidential directive—combines the missions and resources of our counterterrorism, counterintelligence, and weapons of mass destruction elements under the leadership of a senior Bureau official.