The Tampa Division was established on June 1, 1960, led by Special Agent in Charge Joseph Santoiana, Jr. Santoiana served for 15 years, retiring in 1975. The territory was previously covered by the Miami Division, but an inspection resulted in the recommendation of a new office in Tampa because of Miami’s many investigations and broad geographic coverage.

The office soon had its first success. In November 1960, Tampa agents nabbed one of the FBI’s Ten Most Wanted Fugitives—Robert William Schultz, Jr. Schultz had escaped from federal prison, where he had been incarcerated for interstate auto theft. The division’s investigation revealed that Schultz had been traveling back and forth between Tampa and Orlando and was planning to leave the country the day before he was captured.

Tampa agents successfully tracked and arrested several other Top Tenners during its first decade. In 1964, a citizen saw a wanted flyer for Edward Nivens and tipped authorities to his whereabouts. Nivens was being sought for robbing a bartender and shooting a bar patron. Agents quickly captured him at his truck driving job. And in 1968, the division made its third Top Ten capture when agents apprehended Leonard Daniel Spears and another fugitive who was traveling with him. Spears was wanted for killing a police officer while robbing a supermarket in Louisville, Kentucky. At the time of his arrest, Spears claimed he was Billy Smith; however, when he saw his photo on the Top Ten board at the Tampa office, he admitted, “It’s a good likeness.”

The Tampa Division also handled serious white-collar crime. In one case, agents investigated Harry Playford, board chairman and president of the Southern Bank of St. Petersburg, who was illegally issuing his bank’s stock as collateral for personal loans. Agents faced hostility from board members and a reluctance to produce records, some of which Playford had hidden or destroyed. Investigators exhaustively reconstructed loan accounts and transactions from 15 financial institutions, isolating 50,000 legitimate shares from 23,000 fraudulent shares. In 1968, Tampa arrested Playford, who later admitted his guilt and forfeited almost $2 million dollars. 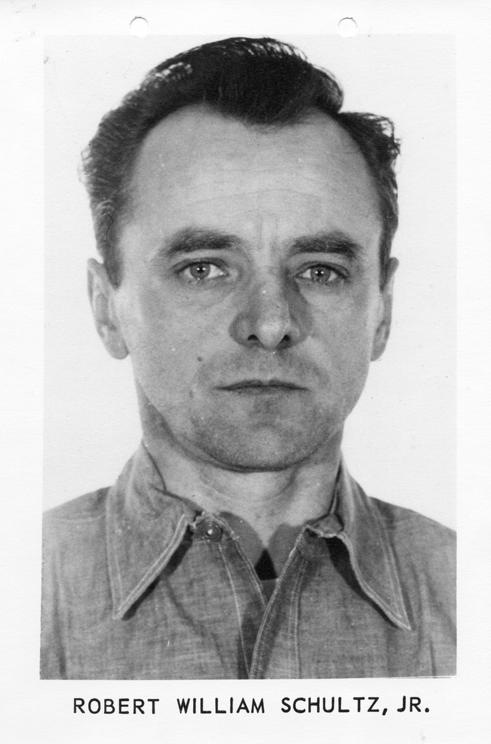 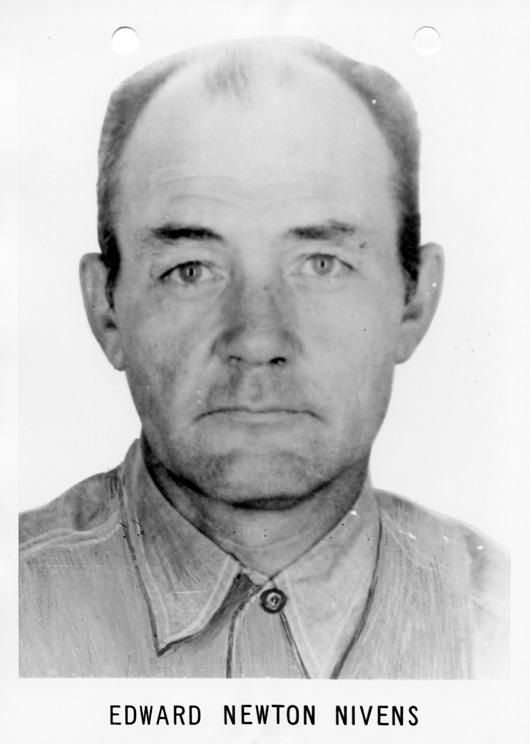 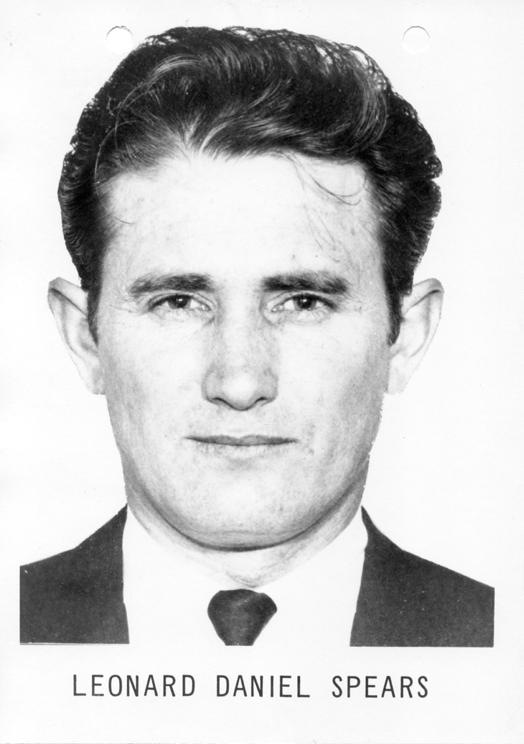 The Tampa Division investigated numerous bank robberies, interstate thefts of stolen property and vehicles, and conspiracies during this time. The division also participated in one of the most infamous kidnapping cases in Bureau history. In 1968, Gary Steven Krist and Ruth Eisemann-Schier abducted heiress Barbara Jane Mackle and buried her—alive—in a ventilated box in Georgia. Mackle’s father, a wealthy Florida land developer, paid a half-a-million dollars in ransom, and Krist provided vague directions about Mackle’s location. Flooding southern Georgia with personnel, the division worked with agents from Miami and Atlanta to rescue the heiress, who had been buried for three days. Krist and Schier were immediately placed on the Ten Most Wanted list; Schier was the first woman ever added. Tampa personnel received a tip that Krist was hiding in a nearby mangrove swamp. Led by Special Agent in Charge Santoiana, they took off after him, still in their business suits. They were helicoptered to the scene and dropped into waist-high mucky swamp water, which was infested with rattlesnakes, alligators, and even sharks. They searched night and day until Krist started to move out. Agents set up roadblocks and caught him at Hog Island, recovering the ransom money and a boat he had bought with the money. Krist was sentenced to life in prison, but was later paroled. Schier was captured in Norman, Oklahoma.

By the early 1970s, Tampa had 100 agents working 3,850 cases. FBI Headquarters commended the division several times for the number of convictions, recoveries, and fugitive apprehensions its investigations had produced. These cases included several significant extortion cases, like the one where criminals tried to extort money from owners of the Eckerd Drug Store chain.

The division also investigated various violent extremist groups—including the Ku Klux Klan, which Tampa had pursued throughout the 1960s, and the Black Panther Party. In one case, Tampa agents received a tip on New Year’s Eve in 1971 that several Black Panther Party members wanted for bank robbery were staying at a motel near the Tampa airport. Quickly corroborating the motel residents’ identities, agents arrested John Thomas and Ignae Gittens. They seized militant literature, money, and loaded automatic rifles and handguns in the motel room and waited until more subjects arrived around 2:00 a.m. During the arrests, one of the suspects—Fred Fields—opened fire. Agents returned fire, killing Fields.

Organized crime figures have been attracted to the Tampa region as well, including Santo Trafficante and members of his family. The Tampa Division tracked these criminals for more than a decade, and in 1972, agents arrested Trafficante’s brother, Henry, and 62 associates on illegal gambling charges—the office’s largest mob takedown at the time. They later arrested Frank Diecidue—a Trafficante underboss—and Harlan Blackburn—a racketeer who had Trafficante backing in running illegal Latin American lotteries.

Using new racketeering laws and undercover agents, the division continued to target the Mob. In 1977, 23 subjects were indicted for racketeering and arson following an insurance fraud case in which numerous citizens torched 150 commercial and residential dwellings. Agents analyzed thousands of insurance documents, histories of ownership, and appraisals of burned properties. The culprits ended up including the Tampa fire marshal, fire captain, and lieutenant; prominent realtors; insurance adjusters; and Trafficante mob associates.

In the fall of 1980, Joseph Paul Franklin—an avowed racist linked to several sniper murders and shootings—escaped from a Kentucky jail. The search for Franklin took on new urgency when presidential candidates visited Tampa, and President Carter—whom Franklin had threatened because of his civil rights views—was due in town on October 31. Although Franklin had no Florida connections, the Tampa Division worked with the U.S. Secret Service to ensure the president’s safety from Franklin and other threats. Bureau intelligence indicated that Franklin occasionally sold his blood at plasma centers, so Tampa agents visited local centers and distributed flyers with his description. This led to a tip from an employee at one center who had seen a visitor with tattoos similar to Franklin’s. Agents quickly tracked the lead to Lakeland, Florida, where they arrested the man in question. Although the suspect gave an alias and denied being Franklin, the FBI’s Identification Division matched his fingerprints. Franklin was convicted and remains on death row for a number of murders.

The division also continued to target organized crime in the Tampa area. In the late 1970s, it began a major undercover operation called COLDWATER. New York FBI undercover agent Joe Pistone participated in the operation, helping to gather information and intelligence on the Bonanno crime family as it looked to begin operations on Florida’s western coast. The family often infiltrated legitimate businesses (such as garbage hauling) and then fixed prices and used threats of violence to “encourage participation” by reluctant companies. The division set up an undercover social club called King’s Court that engaged in bookmaking to draw in and identify mobsters and document their illegal activities. In 1982, 60 subjects—including members of five Mob families—were busted on charges of racketeering, gambling, perjury, robbery, narcotics, extortion, and bribery uncovered through this and related investigations.

In 1985, FBI Tampa worked a complex and sensitive corruption case in Hillsborough County that involved the board of county commissioners. Dozens of prominent individuals and at least five companies were conspiring with and bribing a majority of the board’s commissioners for favorable decisions on cable, road paving, and waste hauling contracts. The division’s efforts resulted in a 45-count indictment that laid out 80 acts of bribery and charges of obstruction of justice and perjury. 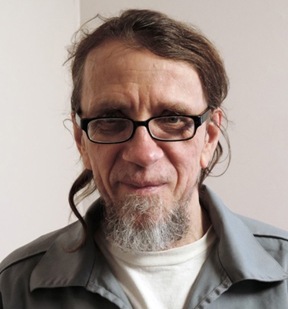 The Tampa Division also ran a number of counterintelligence and espionage cases in the 1980s. For example, after a skillfully planned and sensitive investigation, Tampa agents arrested an East German spy named Ernst Forbrich at Clearwater Beach, Florida in 1984 after he paid an undercover agent posing as an Army intelligence officer for a classified document. He later admitted selling documents to East German intelligence over a 17-year period. Forbrich was convicted of espionage and sentenced to prison.

The scope and number of illegal drug enterprise investigations grew during the 1980s. In one high-profile case, FBI Tampa led the investigation of Manuel Noriega, military dictator of Panama. Noriega had attempted to import over one million pounds of marijuana into the United States. Tampa agents built the criminal case against him and participated in his arrest when the U.S. Army deposed him from Panama—then an American protectorate—in 1989. Noriega was tried on charges of drug trafficking, racketeering, and money laundering and received a 40-year sentence; he was released after serving 15 years.

Tampa’s work load and personnel complement grew slowly but steadily through the 1980s and into the 1990s. By 1992, Tampa’s agent force had grown to 146. The division averaged 2,000 cases a month, with continued increases in white-collar crime, violent crime, organized crime, and fraud.

In the early 1990s, the Tampa Division tackled one of the Bureau’s largest real estate fraud cases. It also handled a major health care probe, which revealed that hospital managers were forcing marketers to “broker patients” through bribes, kickbacks, and referrals to psychiatric care hospitals. Another health care fraud case led to an even wider investigation when the subjects were found to be linked to organized crime. Mobsters—this time from the Genovese family—were coercing a diagnostic testing business owner to sign over his company’s interest and were extorting doctors to refer clients. The case involved court authorized wiretapping, cooperating witnesses, voluminous document reviews, and even the investigation of a murder contract taken on the owner of the diagnostic company targeted by the Mob. As a result of the division’s work, crime family members—including a Mafia boss—were convicted in 1995 on charges of threats, violence, and racketeering.

The Tampa JTTF and FIG were instrumental in one key terrorism investigation. In 2007, Ahmed Abdellatif Sherif Mohamed—a native of Egypt and a Tampa resident—was stopped for speeding in South Carolina. In a search of his car trunk, deputy sheriffs found several interesting items: PVC pipe filled with a potassium nitrate mixture; containers of gasoline and the nitrate substance; safety fuses; and computer files and videos with information on bombs, rockets, and devices to attack manned U.S. military vehicles. Mohamed later admitted uploading some of these videos to YouTube to benefit “martyrdoms and suiciders.” In another video, he demonstrated how toy components could be converted into a detonator. As a result of the FBI investigation and the work of the Berkley County, South Carolina Sheriff’s Office, Mohamed pled guilty to providing material support to terrorists in June 2008. He was sentenced to 15 years in prison.

The division also continued to pursue a host of criminal matters, from public corruption to “car cloning”—stealing the identity of a legitimately owned vehicle and placing it on a stolen one.

In January 2009, the U.S. Attorney for the Middle District of Florida and the Tampa Division launched a “Mortgage Fraud Surge” to tackle an epidemic of such cases. In November, more than 100 individuals were charged in schemes involving more than $400 million in fraudulent loans and over 700 properties.

The division has put greater focus on cyber crime as well, including the online exploitation of children. In partnership with numerous state, local, and other federal agencies, the Tampa Division joined Project Safe Childhood, a nationwide initiative to protect children from Internet exploitation and abuse. This initiative has been highly successful. During fiscal year 2009, 86 of these cases were brought in the Tampa area, involving charges of conspiring to travel in interstate commerce to engage in illicit sexual conduct and producing, distributing, and possessing child pornography.

As the FBI enters its second century of service, the Tampa Division remains committed to protecting its communities and defending the nation.