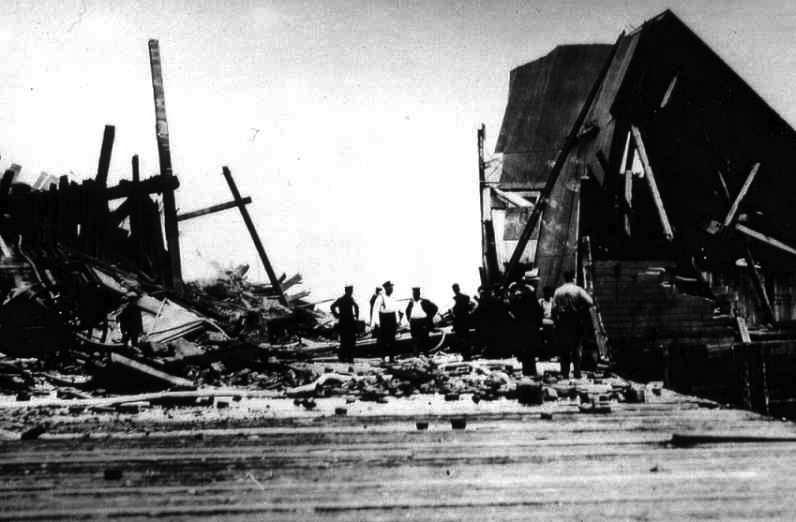 It was still dark in Manhattan on a Sunday morning, July 30, 1916, when the sky suddenly exploded with an unnatural brilliance.

Two million tons of war materials packed into train cars had blown up in the Black Tom railroad yard on what is now a part of Liberty State Park.

Thousands of windows shattered in lower Manhattan and Jersey City. Shrapnel pock-marked the Statue of Liberty. Three men and a baby were killed by the explosive energy that erupted from this act of sabotage.

The culprits? German agents who were determined to prevent American munitions shippers from supplying its English enemy during the First World War. Never mind that the U.S. was officially neutral in the conflict at this point.

How to respond? With difficulty. With few national security laws and no real intelligence community to thwart German agents, America was vulnerable. The Secret Service, by presidential order, was able to investigate some German attacks and intrigues. The Bureau of Investigation—the FBI’s predecessor—likewise did what it could, but it was held back by its small size (260 employees in a handful of offices) and lack of jurisdiction. The most successful and experienced anti-sabotage investigators turned out to be the detectives of the New York Police Department’s Bomb Squad—even so, the German agents who blew up Black Tom were not identified at the time.

Congress addressed the vulnerability. The Black Tom explosion wasn’t the only provocation. When Germany proposed to Mexico that it ally itself with the Kaiser against America…and when it resumed unrestricted submarine warfare on any enemy or neutral ship crossing the Atlantic…America declared war.

Congress immediately passed the Espionage Act, which outlawed a variety of crimes associated with German agents; passed several other wartime laws; then the following year passed the Sabotage Act. And the Bureau exercised primary jurisdiction over all of these laws as it pursued a wide variety of national security investigations. How successful were they? Very. German intrigues on American soil essentially evaporated.

Were the saboteurs ever identified? Yes, the Bureau and other agencies doggedly pursued the case after the war until the saboteurs were identified and, ultimately, reparations were paid for German attacks against our neutral country.