A jury in Washington, D.C., had found Bryant guilty of two counts of first degree murder in the brutal slaying of two FBI agents. The jury had been unable to agree on a sentence, and this responsibility was placed on the U.S. District Court judge. 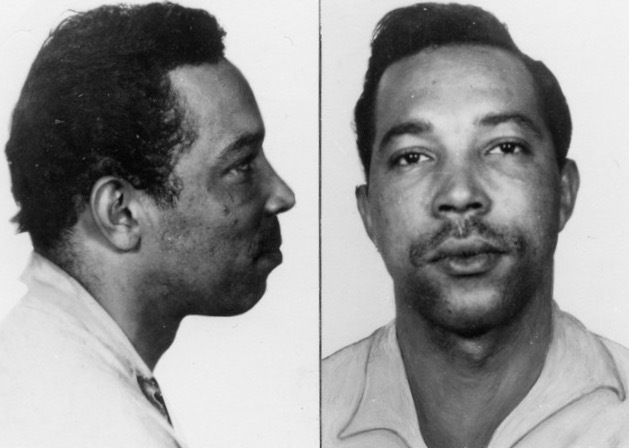 On August 23, 1968, Bryant (pictured) had escaped from the District of Columbia Department of Corrections Reformatory at Lorton, Virginia, by crashing an automobile through a chain link gate in a temporary fence. He had been working on the vehicle in the automobile shop.

The federal grand jury, Eastern District of Virginia in Norfolk, returned an indictment on September 9, 1968, charging Bryant with violation of Title 18, United States Code, Section 751, as an escaped federal prisoner.

The FBI began an immediate investigation, which included interviews with Bryant’s family and associates, to apprehend him.

On January 8, 1969, the Citizens Bank and Trust Company of Maryland, Fort Washington Branch, was robbed by a man who escaped in a maroon Cadillac. Two of the victim tellers identified the robber as Billie Austin Bryant, for they remembered him as a customer of the bank prior to his conviction for bank robbery in 1968.

The FBI was immediately notified of this robbery and of the tentative identification of Bryant as the robber. Bryant’s wife was know to reside in an apartment in the Southeast Washington, D.C., area. Therefore, three FBI agents proceeded to the vicinity of her residence to determine whether the maroon automobile had been seen in the area.

After determining that the Cadillac was not in the vicinity, the agents decided to advise Bryant’s wife of the robbery in case Bryant tried to contact her. Unwittingly, the agents passed Bryant’s wife descending the stairway as they proceeded to her apartment.

In response to a knock by one of the agents, the door of the apartment was partly opened by a man who stated that Mrs. Bryant was not home. The agents identified themselves and asked this individual if they could come in and talk to him. The man stated that since it was not his apartment he could not invite anyone inside. At this point, the individual began firing a gun point blank at the three agents. After a quick succession of shots, he slammed the door. Two of the agents were struck by the shots, and the third fired two shots into the closing door.

The third agent immediately returned to the FBI car and radioed for assistance. The two wounded agents, Edwin R. Woodriffe and Anthony Palmisano, were rushed by ambulance to a nearby hospital where they were pronounced dead on arrival. 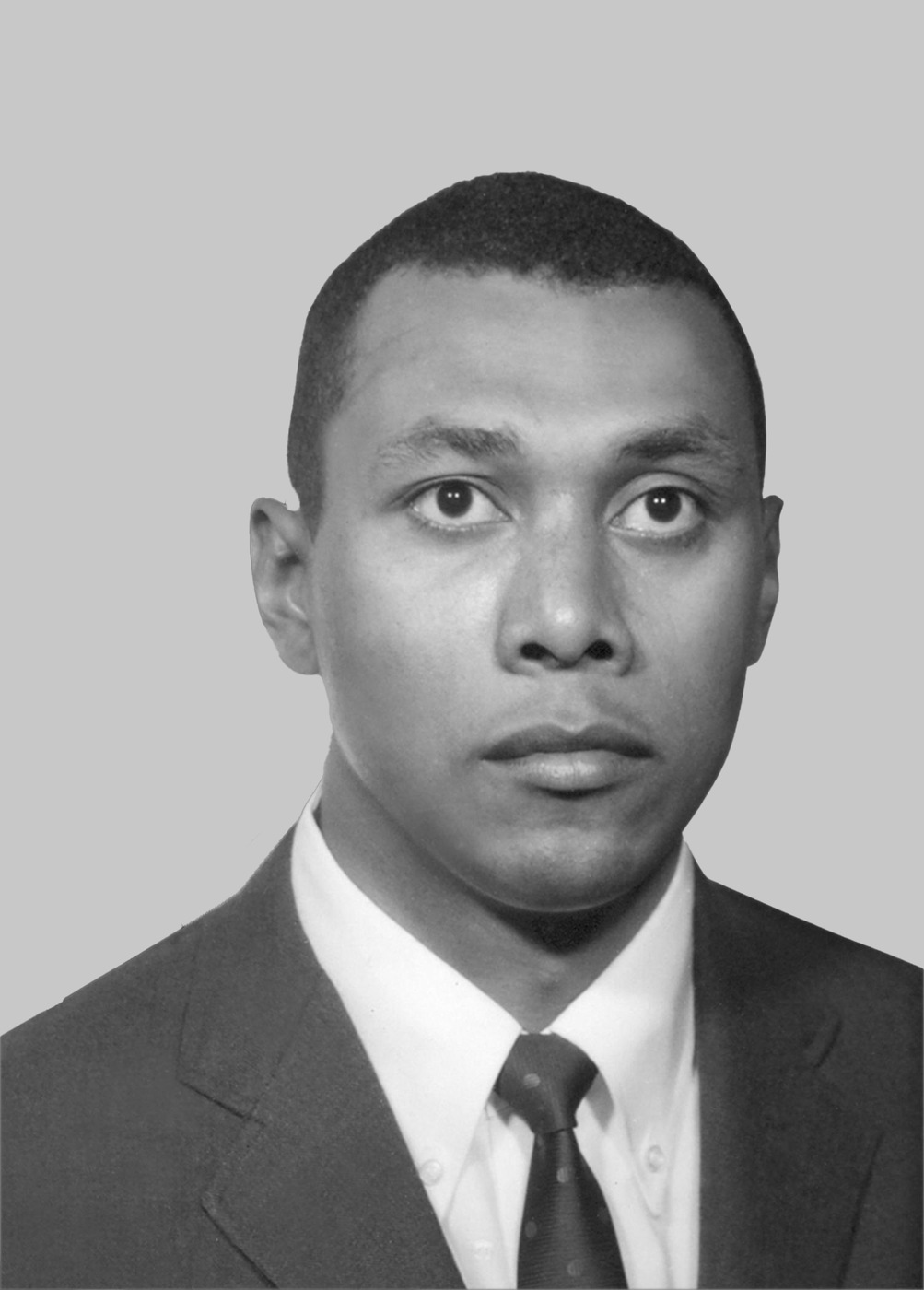 Special Agent Palmisano was born on November 3, 1942 in Newark, New Jersey. He was awarded a B.S. Degree in Business Administration from a university in Newark. He entered on duty with the FBI on June 27, 1960 and performed clerical duties until he was appointed to the position of special agent on July 10, 1967. Special Agent Palmisano had been assigned to the Charlotte Field Office before being transferred to Washington, D.C.

Special Agent Woodriffe was born on January 22, 1941, in Brooklyn, New York. He graduated from a university in New York with a B.S. Degree in Accounting. Before his appointment as an FBI agent on May 22, 1967, Woodriffe worked as a part-time police cadet in a clerical capacity and as a criminal investigator for the U.S. Treasury Department in New York. Before being transferred to Washington, D.C., Woodriffe had been assigned to the Cleveland FBI Office.

In a matter of minutes after the shooting, the apartment house was surrounded by D.C. Metropolitan Police Officers and FBI agents. Tear gas was fired into the apartment, but upon entry it was determined that the individual had made his escape down a tree adjoining the rear of the apartment near a bedroom window.

The surviving agent identified a photograph of Billie Austin Bryant as the individual who fatally wounded the two agents.

An intensive search of the surrounding area was conducted by the FBI, the Maryland State Police, the Prince George’s County Police, the Prince George’s Sheriff’s Office, and the Metropolitan Police Department in an effort to apprehend Bryant. The manhunt by hundreds of FBI agents and local officers included helicopters, dogs, and numerous roadblocks.

On January 8, 1969, warrants were issued charging Bryant with robbing the Citizens Bank and Trust Company of Maryland, Fort Washington Branch, and with killing the two FBI agents. On the same date Bryant was placed on the FBI’s Ten Most Wanted Fugitives list.

At approximately 6:50 p.m., on January 8, 1969, a call was received at the Metropolitan Police Department from an alert citizen in an apartment house on Mississippi Avenue, S.E., Washington, D.C. This citizen reported he had heard noises in the attic above his apartment. He had heard about the FBI agents being shot, and, since the shooting had happened in the immediate vicinity, he was suspicious of the noises.

A detective from the robbery squad of the Metropolitan Police Department responded to the call. After the detective announced his identity, a voice responded from the attic identifying himself as Billy Bryant. Bryant stated that he had climbed into the attic and the door had jammed, trapping him.

Bryant was placed under arrest and taken to the homicide squad of the Metropolitan Police Department. He furnished a signed statement admitting the shooting of the two FBI agents, but added that it was in self-defense. His time on the Top 10 list was just two hours.

On January 28, 1969, a line-up was held at the Metropolitan Police Department. The third FBI agent at the scene of the murders positively identified Billie Austin Bryant as the individual who shot and killed Special Agents Woodriffe and Palmisano.

Bryant was convicted in U.S. District Court, Alexandria, Virginia on April 10, 1969 of being an escaped federal prisoner and was sentenced to serve three years in the custody of the attorney general. This sentence was to begin upon expiration of his current confinement.

On April 14, 1969, Bryant was convicted in Maryland State Court of the armed robbery of the Citizens Bank and Trust Company of Maryland, Fort Washington Branch. He was sentenced to serve 20 years to run consecutively to any time received on federal charges.

Bryant was found guilty of two counts of first degree murder in U.S. District Court, Washington, D.C., on October 27, 1969. During his trial an expert from the FBI Laboratory testified that bullets removed from the bodies of Special Agents Palmisano and Woodriffe, as well as a bullet removed from a door opposite the apartment, had been fired from Bryant’s revolver. Three other bullets, which had been removed from Agent Palmisano, a door molding, and the floor, were found to have been fired from a revolver with the same rifling characteristics as Bryant’s. He also testified that gunpowder residues were found on the dead agents’ coats.

On November 3, 1969, the U.S. District Court judge sentenced Bryant to serve two consecutive life sentences in the custody of the attorney general. These sentences were to be imposed, with no possibility of parole, at the end of the 18 to 54-year sentence Bryant had been serving at the time he escaped from the reformatory at Lorton.

Bryant was immediately transported by U.S. marshals to the Federal Penitentiary at Atlanta, Georgia, where he was received on November 4, 1969.